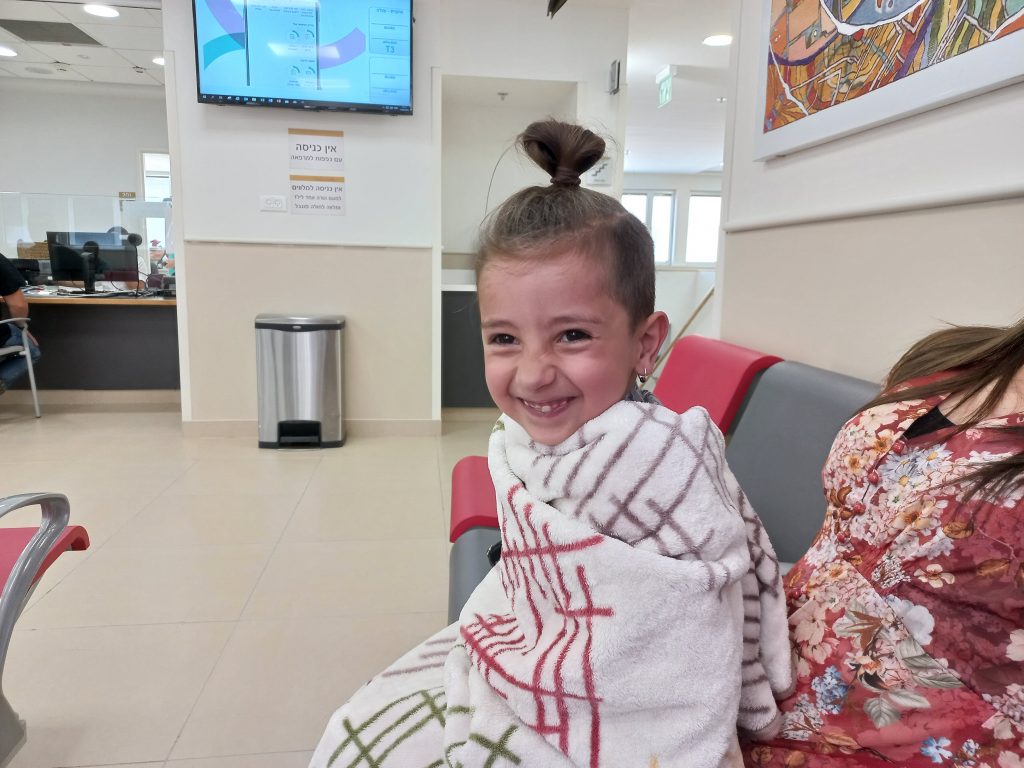 Today I drove together with little Hussein and his wonderful mother early in the morning to Sheba Medical Center. When we went out of our house, he was very tired and wrapped in a blanket, which was so cute.

We had to wait a few hours for his CT-Scan, but it was no problem for him and his mother. Actually we had a very nice time together. His mother and I talked a lot and he was just sitting around and watched sleepily what was happening around him. After a time he was more awake and so more active. 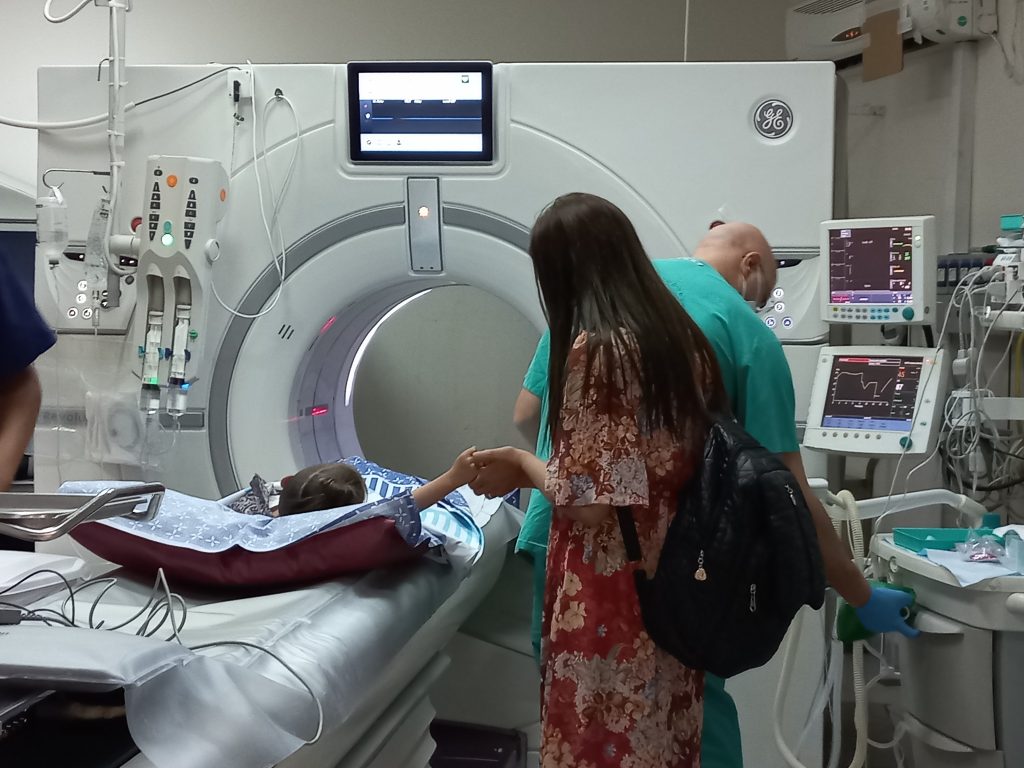 Then finally they called his name and made his CT-Scan. Afterwards we had to wait a little bit until he was awake again from his anesthesia. 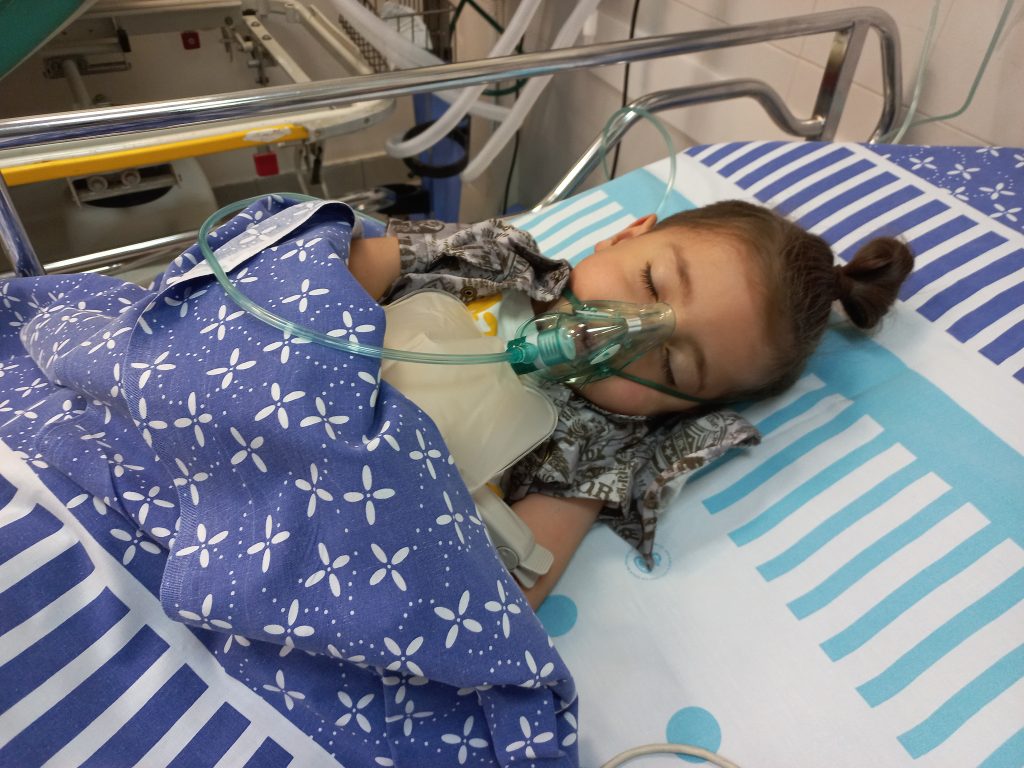 He did a great job and was so brave. Also his mother was so wonderful and cared so lovely about her son. I could really see how save and comfortable he felt in her arms. 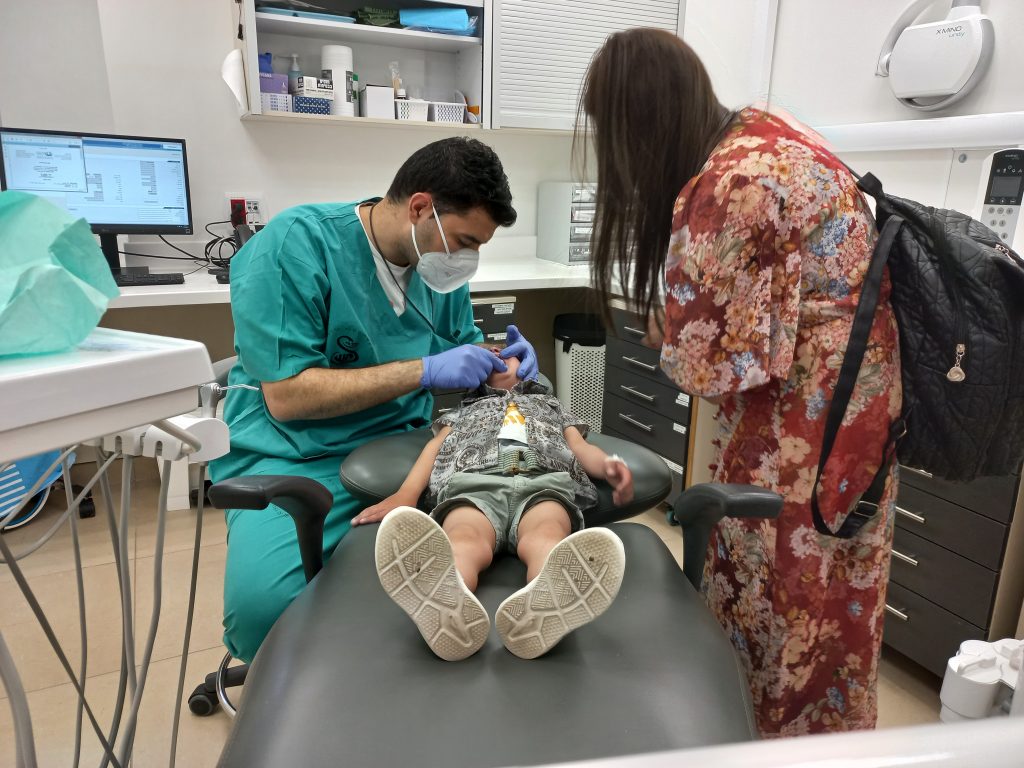 After everything was done there, we went to his dentist appointment. He needs a tooth operation so that he won’t have any bacteria in his mouth. It is essential before his big heart surgery, that his body is not weakened by anything like this. When we said to him that we were going to the dentist now, he just said  “no, no, no” and was a little bit afraid. He absolutely didn’t want to go there, but he had no other opportunity. On the way to the dentist building, we came across a pond. 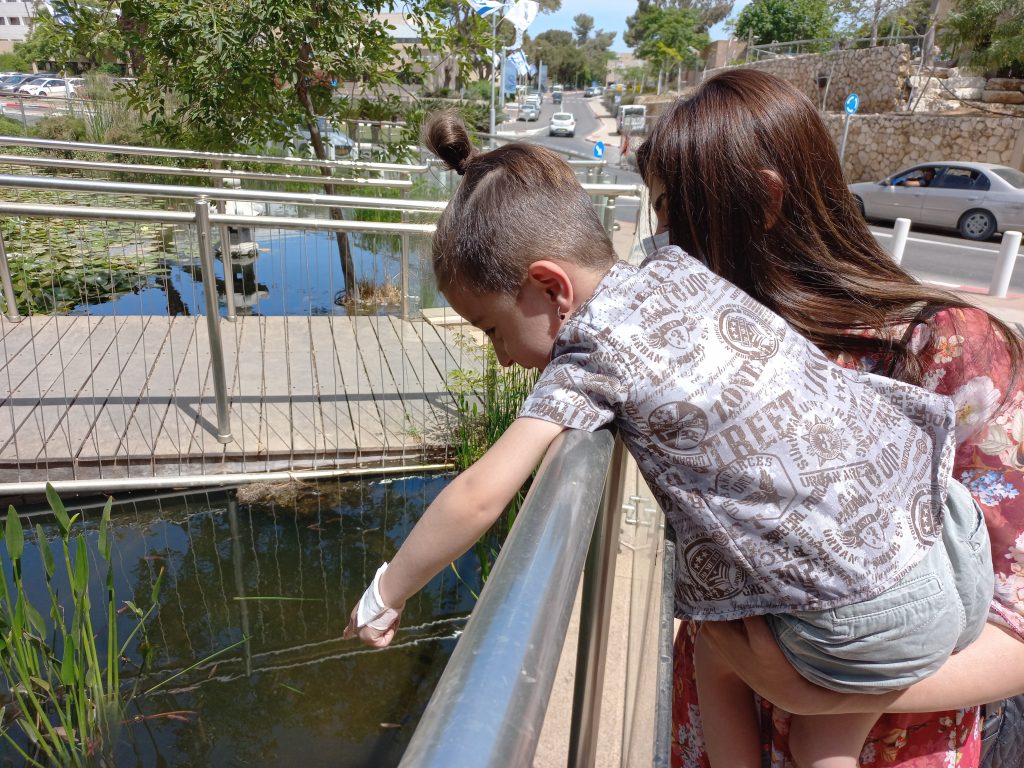 We stayed there a few minutes, because he really loved and was so excited about watching the fish.

After a short waiting time, we went into the dentist room and he started immediately crying. Everybody in the room was trying to make him happy again and the doctor was also very friendly. The doctor allowed him to raise the lounger up and down and he showed Hussein every instrument before he used it, so Hussein was a little bit more calm. Just after a few minutes, the dental check was done. The doctor only checked real quickly which teeth they have to fix, and Hussein did very well.

After everything was done, we drove together back to our home in Ashdod. We spent a really wonderful time together with a lot of laughter and it is very nice to see how joyful and active Hussein is. Please pray for this cute boy, his lovely mother and for a tooth surgery appointment soon.