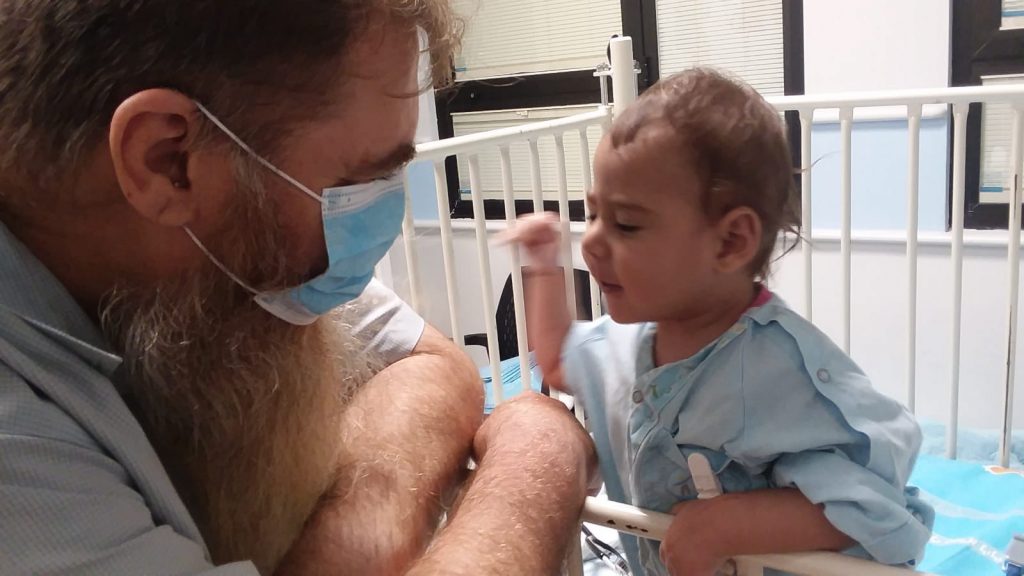 Kenan’s surgery was supposed to be the first thing in the morning at Sheba Hospital, but when coworkers Petra and Craig arrived in  hospital, they heard that there is another emergency surgery. 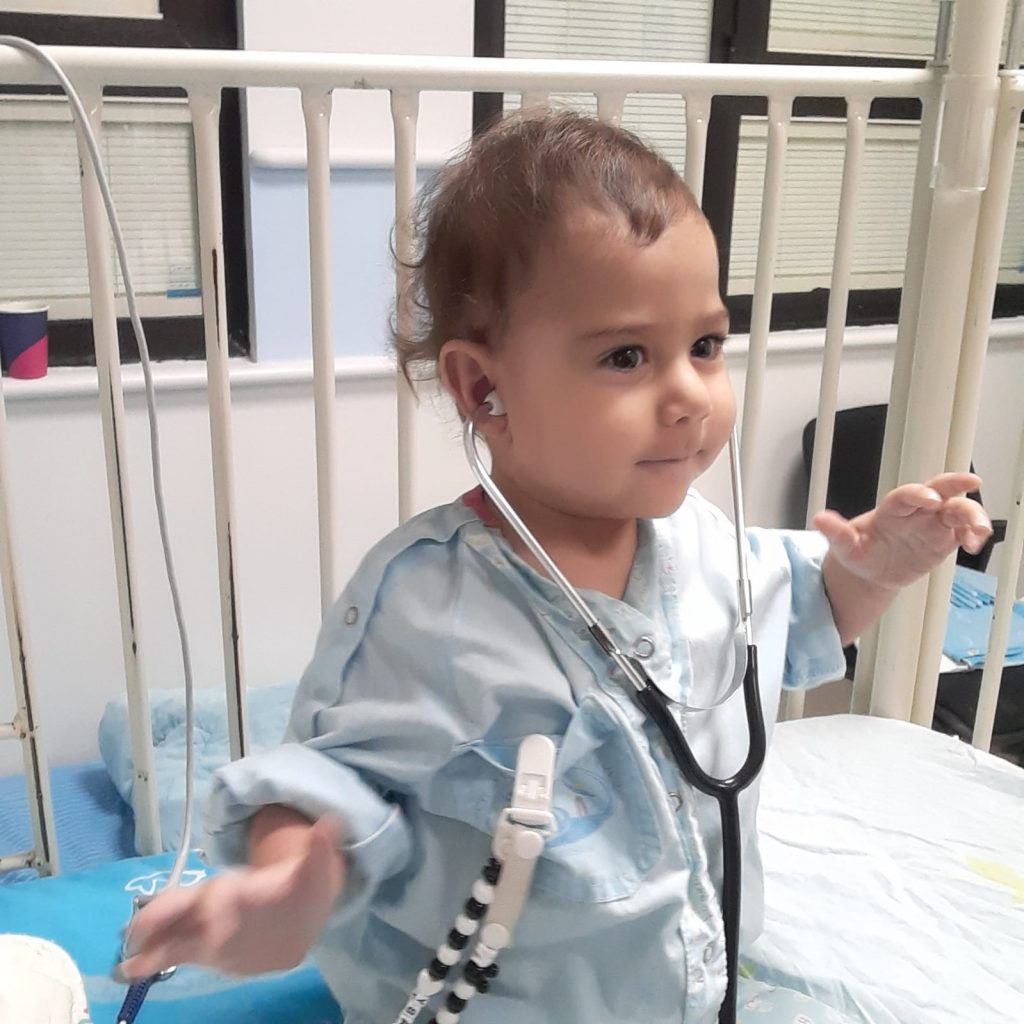 Our little hungry boy was waiting until 1:30 until they finally took him to  OR. Now there were starting long hours of waiting and praying together. Kenan’s mother was understandably nervous but very strong. After five hours the doctors told us that the surgery went all well and they are closing his chest now. During Kenan’s last echo, his doctor wasn’t sure whether they could fix his heart or if they will have to reroute all the blood in his body, as they do in single ventricle defects. 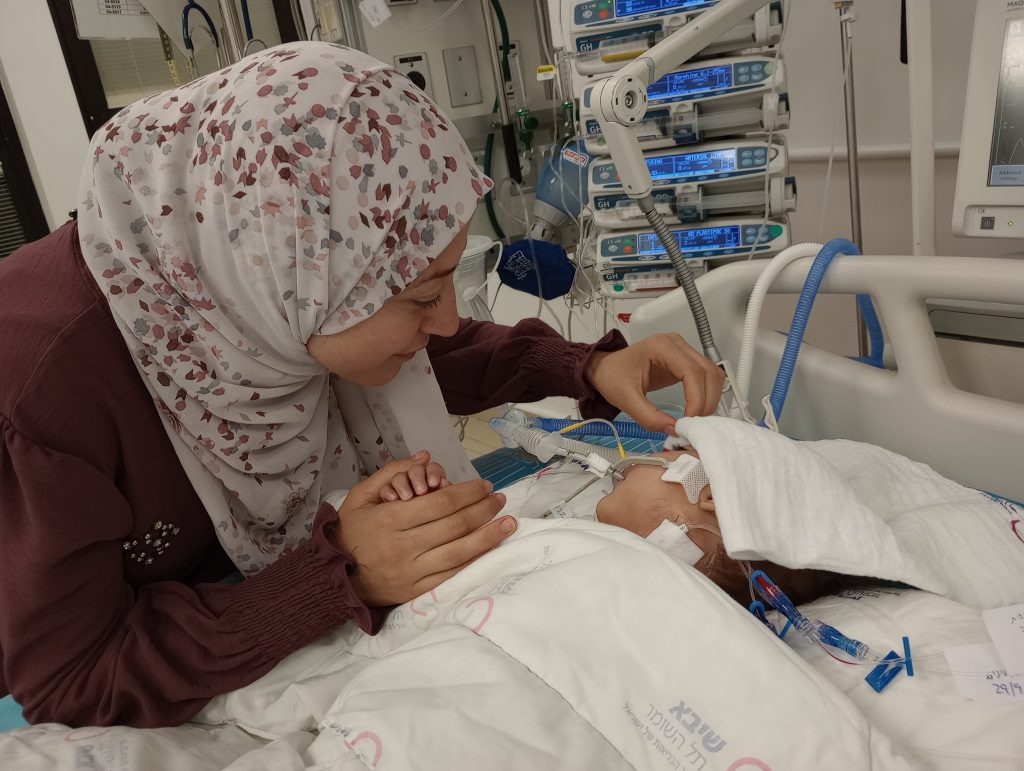 Today after the surgery the doctors told us that they were able to successfully fix his heart and to the Tetralogy of Fallot repair surgery. They patched the whole between the lower chambers of the heart and widened his pulmonary artery. We are very thankful for those great news!After another hour of waiting, 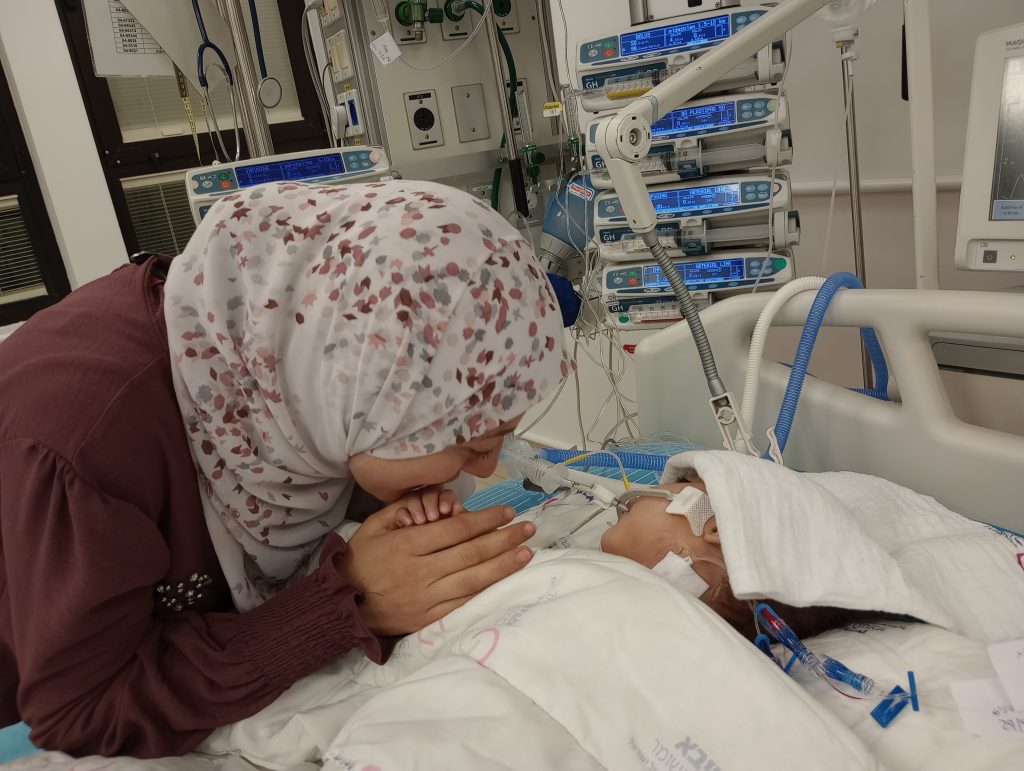 Kenan was back in his room and again two hours later his relieved mom was finally allowed to go to him.

Thank you Lord for this successful surgery! Please help Kenan to recover well!