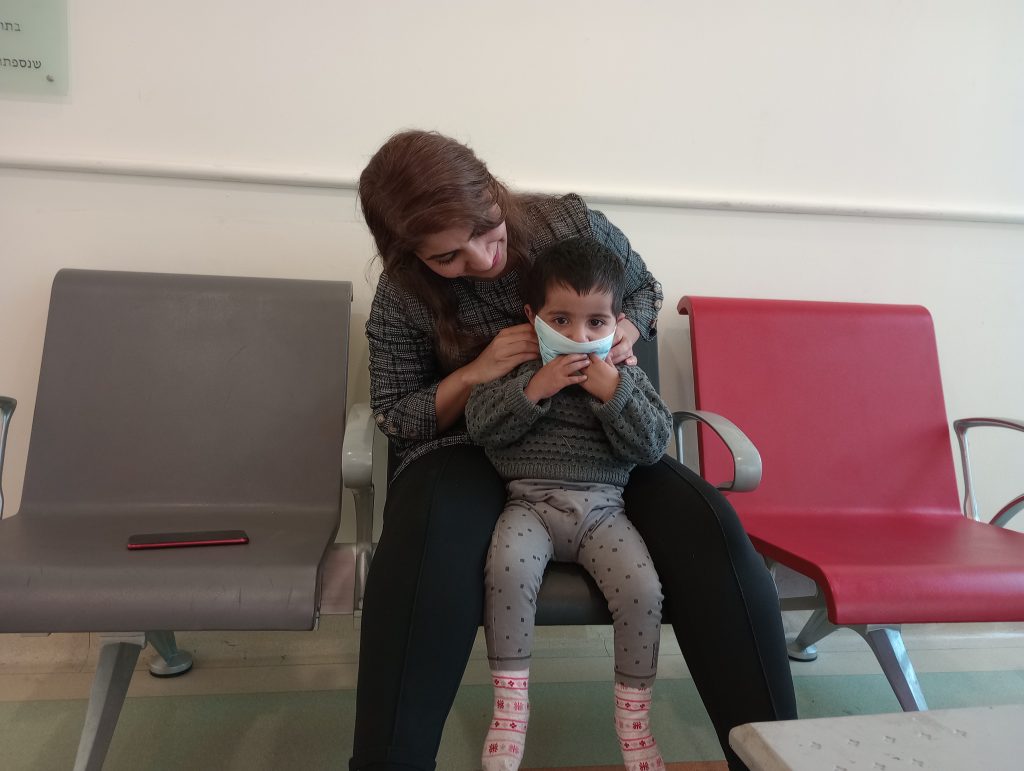 This morning at 8:30 Arya had to start fasting because he was scheduled for a CT scan in the afternoon. A bit later we left for the hospital where he still had to wait for a while. We already had heard in the morning that Arya might be admitted for his after the MRI but that the head nurse first needs to look at him because of his ear infection and decide if they can do surgery for him. But she had good news for us and cleared him for his surgery!! His mom was so happy that finally after waiting for three months, things are going fast. 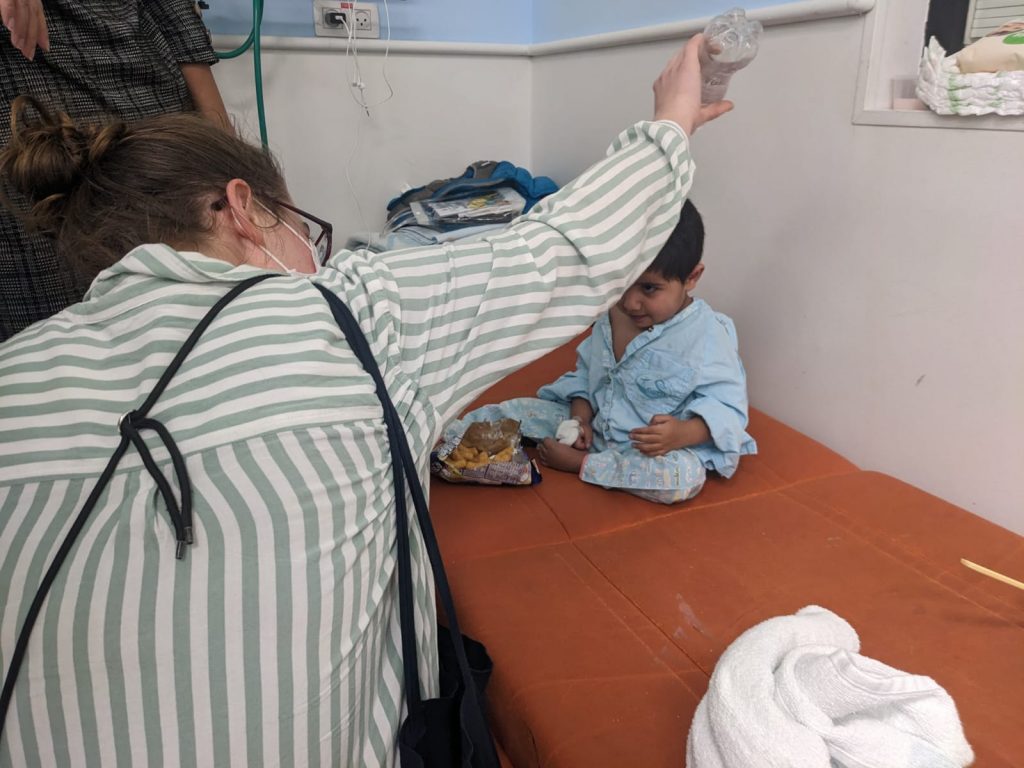 Later we waited for more than two hours for his MRI and poor Arya didn’t like that at all as he was very hungry. We tried to distract him with everything we had: he was allowed to steel our masks and to draw a little bit. 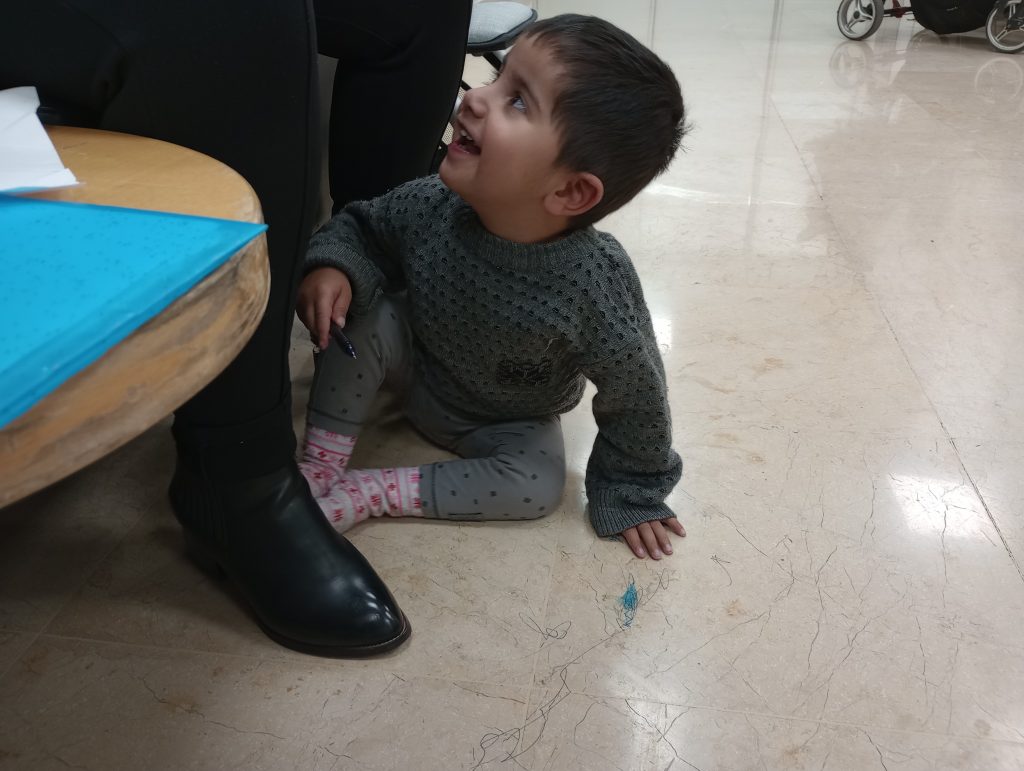 Finally he went into his MRI at five and two and a half hours later I could bring him and his mother to the ICU where they started to admit him. 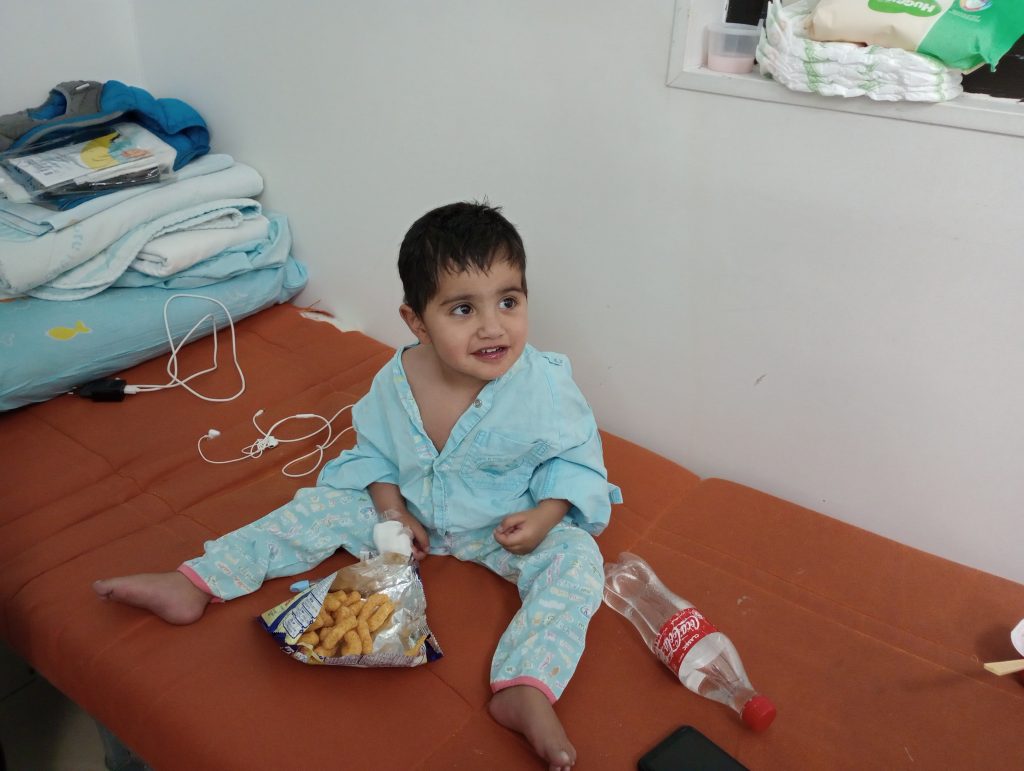 Arya was much happier there as he could eat again! They asked the mom a few questions, explained to her a few things and I had fun playing with Arya and his water bottle. It was a long day for little Ari (how his mom always calls him) and tomorrow will be even a bigger day as he will finally get his Glenn surgery. But right now Arya is enjoying the few hours between his MRI and surgery where he is allowed to eat. Please pray for a successful surgery tomorrow morning!