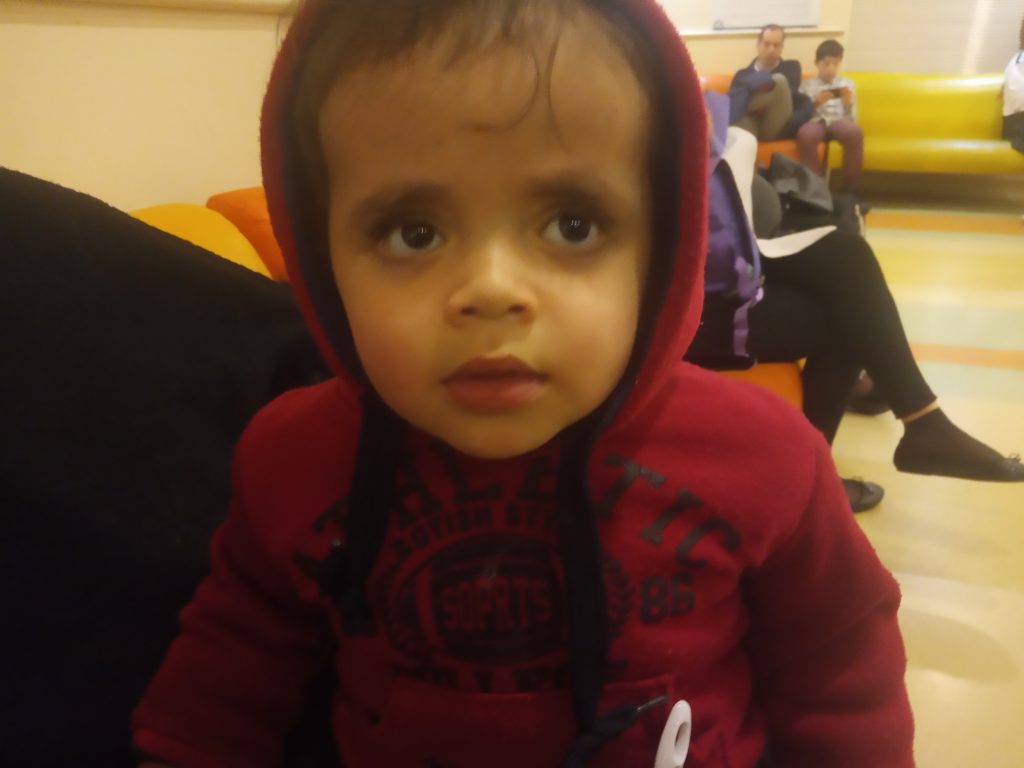 Hassan came back for an echo today! He was here a few weeks ago for a catheterization, so the echo today was to check up on his health. The doctors will discuss him again in a conference. It’s tricky because he is not very well. His oxygen was at 81 today and often drops below 70, also his lips are frequently blue, even with many previous interventions this past summer. So he is not well without another surgery, but his case is very complex, which is why there is much deliberation over his treatment. 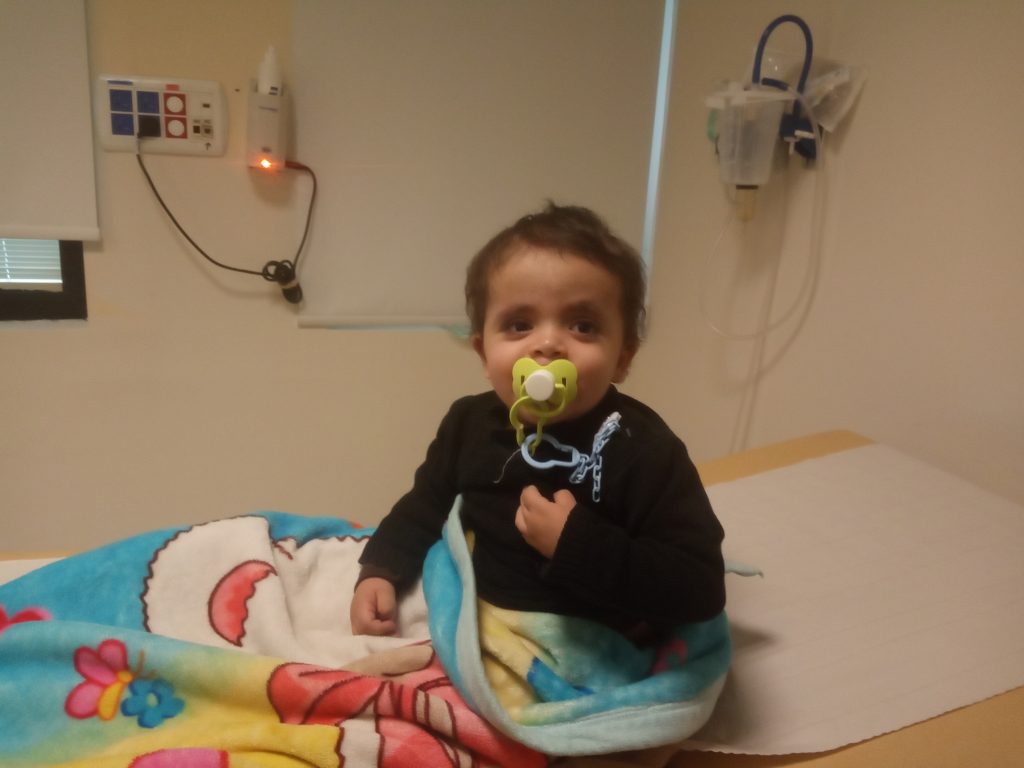 Hassan and his lovely auntie know the hospital so well now. He became fussier as the day went on, and he was very upset during the echo, but thankfully our beautiful Helen was there to help calm him. She took bells that hung on her purse and gave them to Hassan to play with, which he really liked. 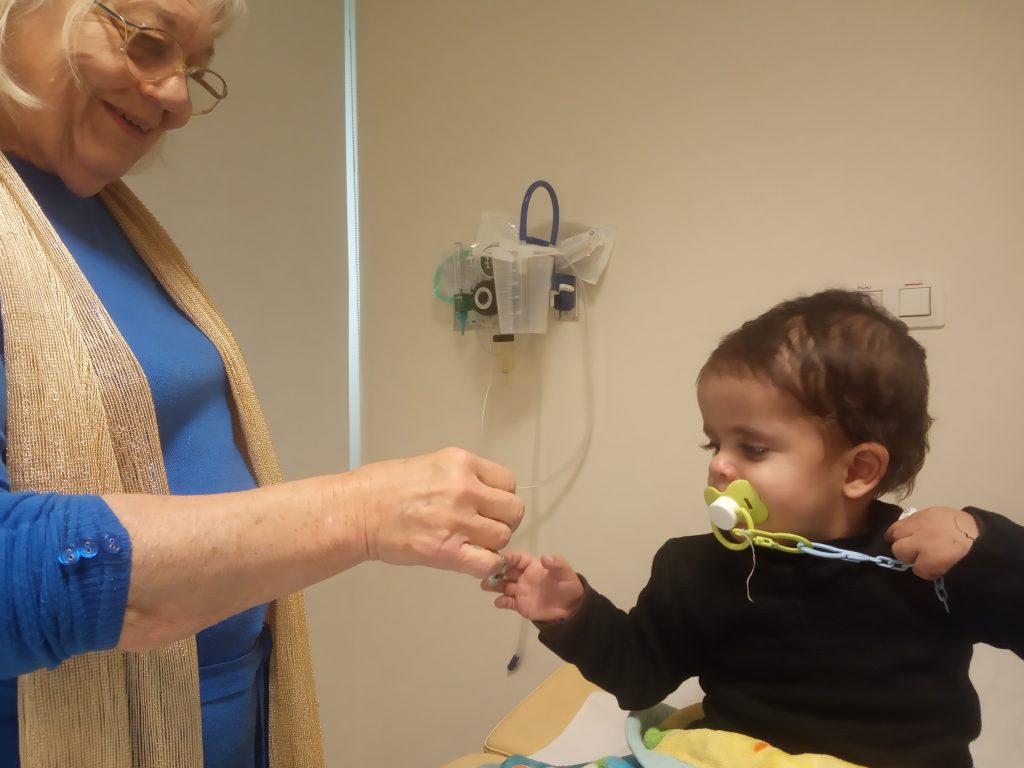 They felt like old friends because of the duration of time they spent in the hospital over the summer and also because of frequent appointments for him. But also, the long stay is hard on his auntie, and as the doctors discuss his upcoming operation, we pray for God to be with Hassan and his aunt, and thank Him for the gift that they are.