Ayan lived for one more day after being disconnected from the ECMO. Despite all the attempts to help his heart become stronger, his heart function did not improve, and his blood pressure began to drop on Tuesday afternoon.

As he lay in the big bed, with his chest open, and connected to many cables and tubes, his beautiful mother stood over him, praying and hoping and willing for his healing. “Wake up, dear Ayan,” was a repeated prayer, as she stroked his head and kissed his hands and feet. Arranging and rearranging his blankets, crying and crying for her only son.

As the night came around, she asked to hold him, and two nurses came to help facilitate this. Before long, little Ayan’s blood pressure dropped completely, and a doctor came to tell her that he had died in her arms. 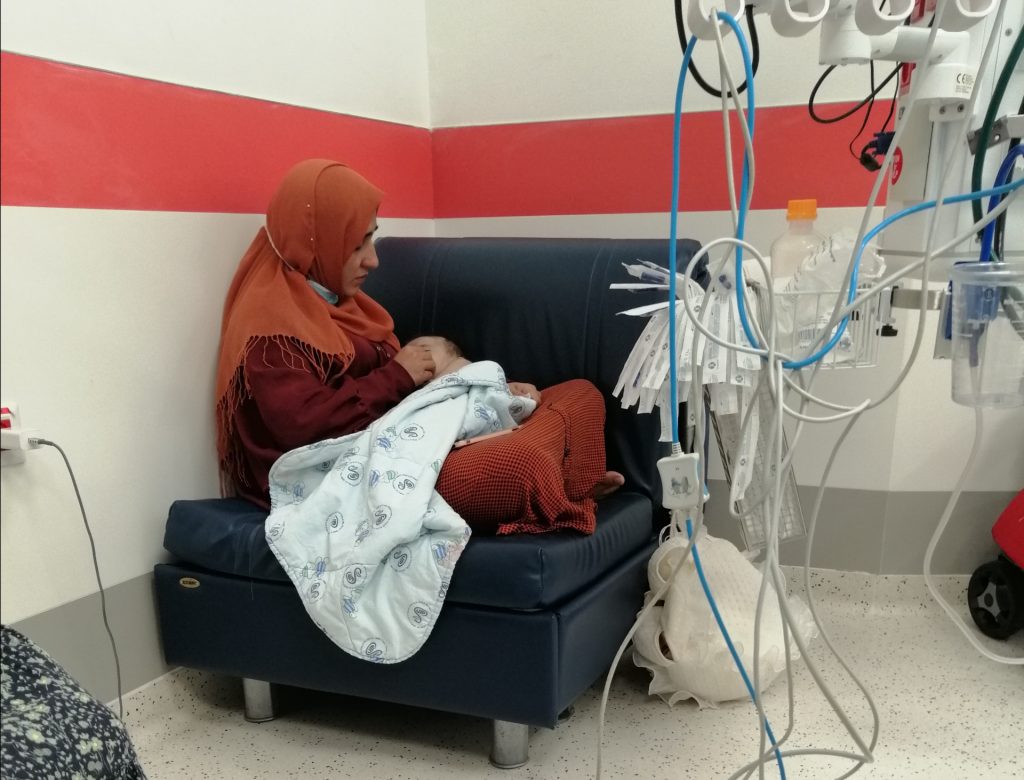 Ayan’s mother wailed in her grief for this profound loss, as she clutched her baby into her, willing that this couldn’t be true. She shared the news with Ayan’s father, he firstly tried to speak words of comfort to his wife, before we heard him crying for Ayan as well. He sounded like a lovely and good man. Somehow his presence on the phone seemed to amplify his absence.

All of the other Kurdish mothers in the hospital gathered around, crying with her, and lending their support, as well as many other Arab mothers from the department. We all sat together on the floor; there was almost nothing to say, and nothing to do, but be together.

It is hard to describe what happened on this evening. How loudly she cried, how deep the longing that this wasn’t true, how painful the idea of picturing life now without Ayan, how important was their faith, and to speak the words “Alhamdulilah,” and to thank God for his will in this situation.

In the days which followed, two of our other Kurdish mothers, the mothers of Shadi and Samem, looked after Ayan’s mother at our home. I saw a flicker of the joyful lady we first knew when she had arrived to Israel, as she was holding some of the babies, holding their cheeks the way she had held Ayan’s. 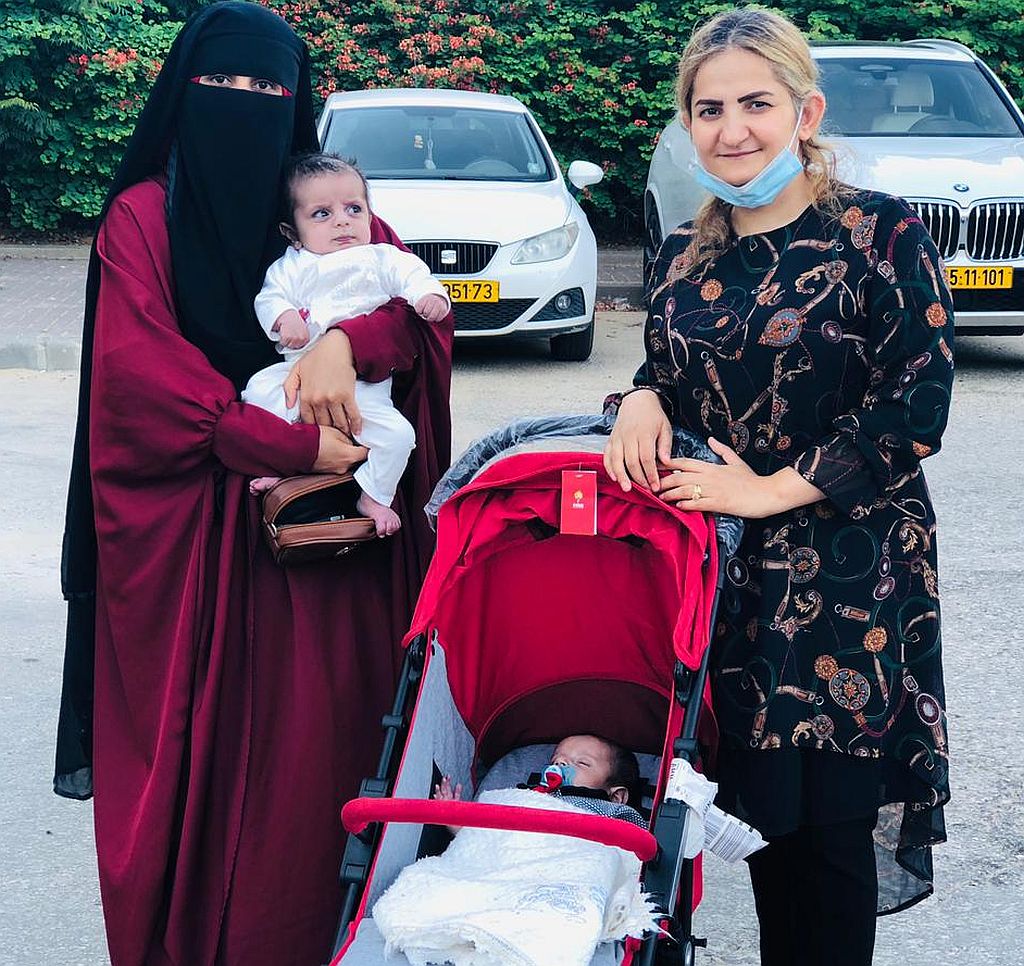 We went to Jerusalem yesterday so Ayan’s mother was able to visit the Temple Mount and pray. When she saw the golden dome as we approached the Old City,  her face lit up, and she almost started to run towards it.
In the evening, Ayan’s mother began the journey home to Kurdistan. Another family – Hadeel and her father – traveled with them, and this gentle man was generous with his daughter, kindly allowing Ayan’s mother to hold her and use Ayan’s pushchair for Hadeel for their journey. The airport staff were also very kind, doing everything they could to make the journey as easy as possible for her. It was a sad goodbye at the security gate. We loved Ayan’s  mother from the moment we met her, and she is a dear sister to all who have met her. 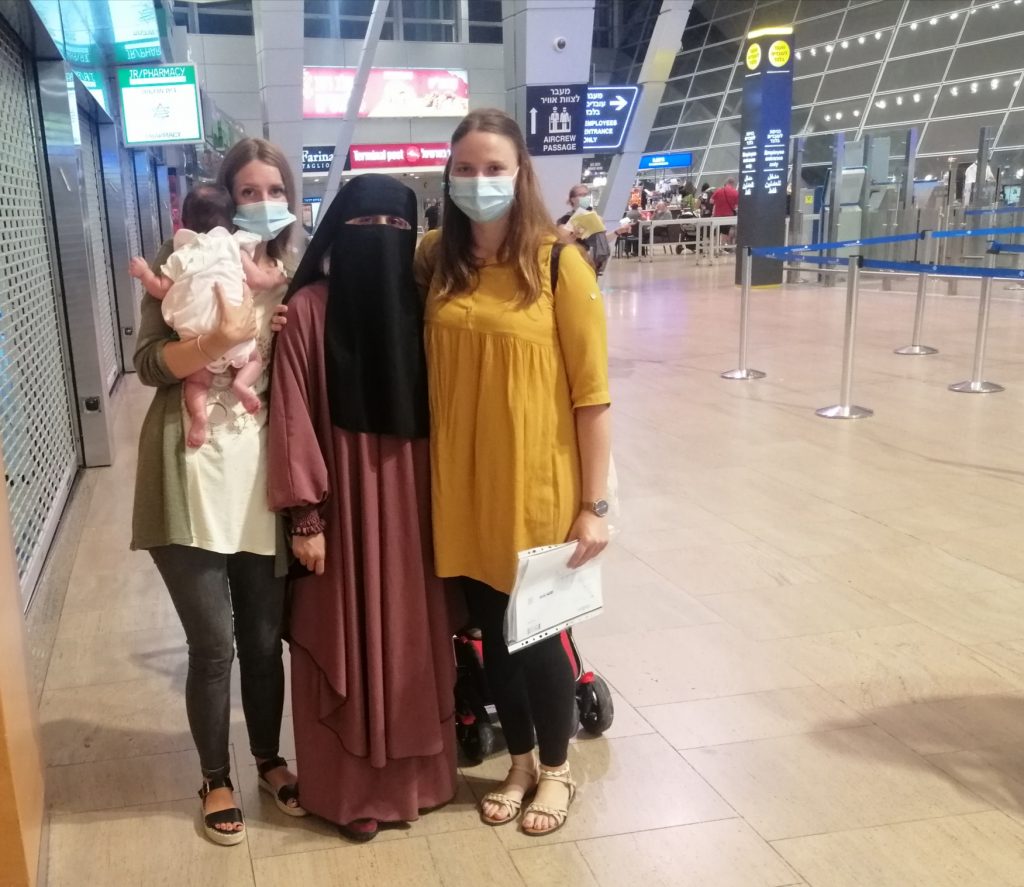 Please keep this beautiful family in prayer, that they will know the Comforter in this time of grieving, and know that God is with them.