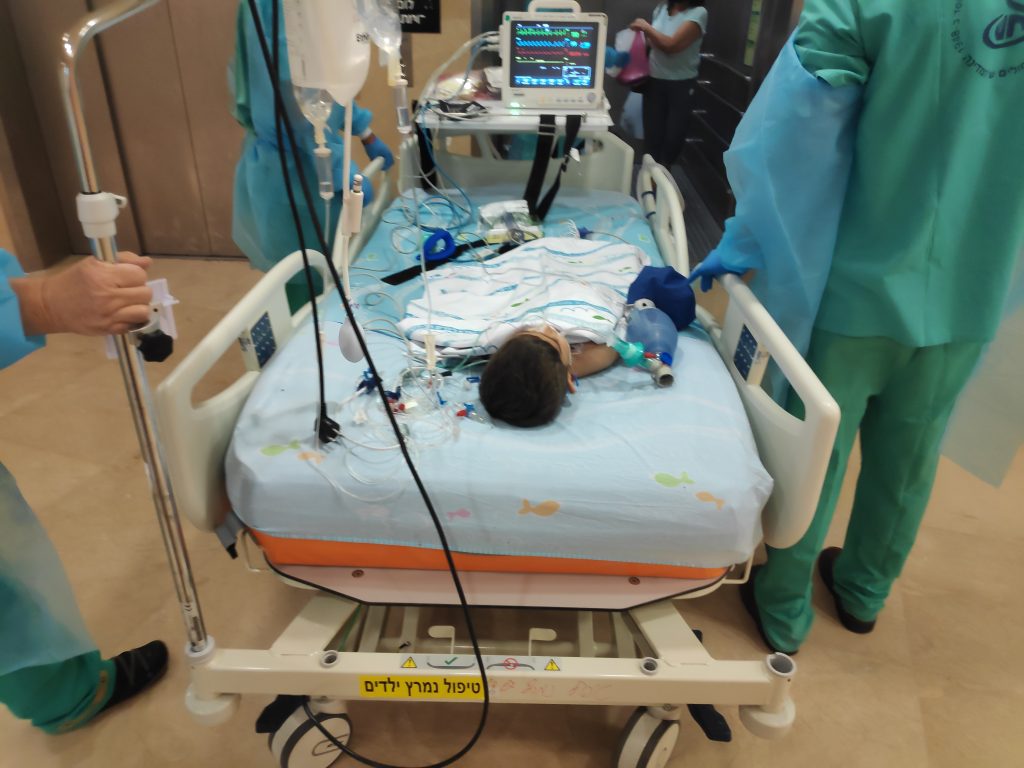 I found Samem’s mother very worried and in tears this morning at Sheba hospital. Samem had just gone into his surgery. An attending doctor said the surgery would take up to five hours.

After around four hours, one of the doctors came out of the OR to share the good news that Samem’s surgery was done, and they were able to fix all the problems he was dealing with.

When Samem’s mother heard this good news, she cried tears of relief and immediately called her family to share her happiness.
It took around another hour to close his chest. They then took Samem to the ICU where he is now stable and waiting for a good recovery. 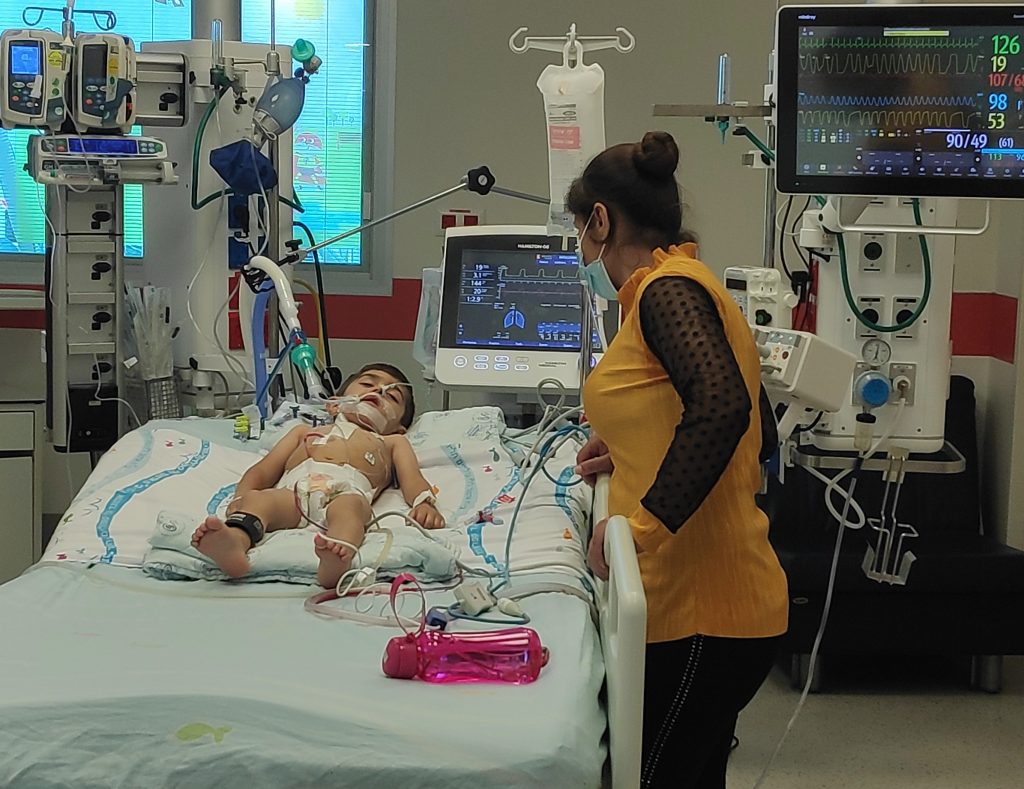 During surgery, I appreciated the waiting time spent with Samem’s mother. It gave us a chance to get to know each other a bit. She is a lovely mother and showed me beautiful pictures of her family back in Kurdistan, all of them waiting for her. She has another daughter younger than Samem,  and I hope they can be reunited soon.

She spoke to her husband on the phone today during the waiting time also, and he was trying to encourage her, but couldn’t prevent himself from also crying. A sad scene to witness, but beautiful at the same time. It showed how much Samem’s father loves and cares for his family.

Your prayers for this little trooper are greatly appreciated.