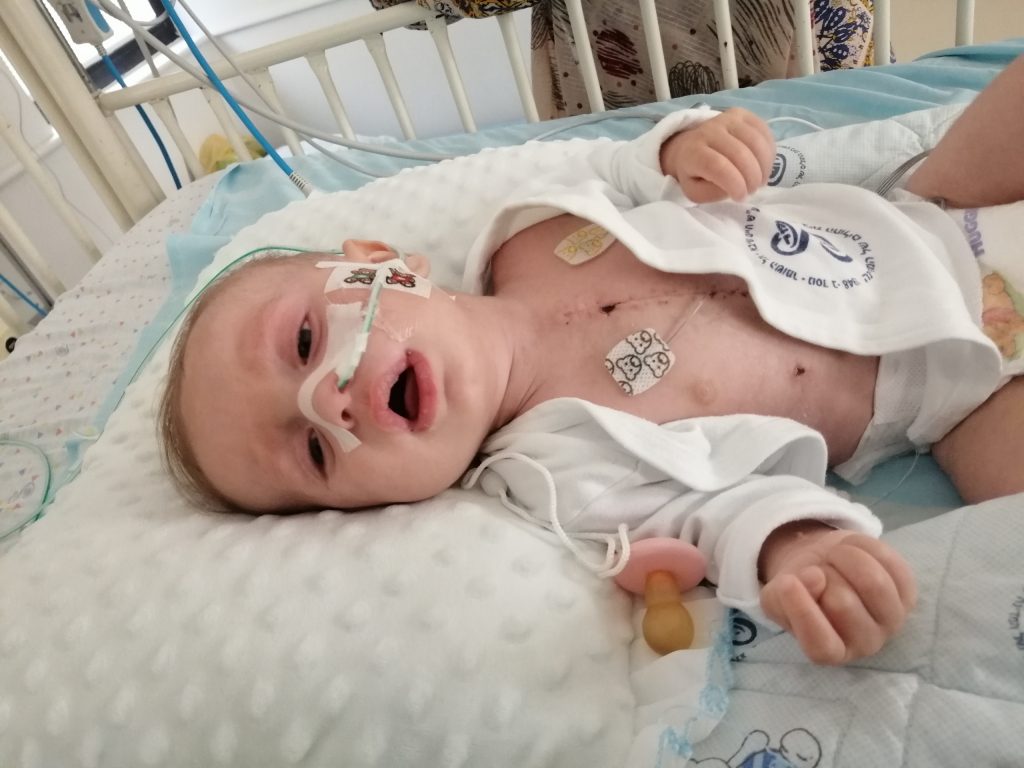 Mohammed has been very restless since being disconnected from the ECMO, crying all the time, unfocused on people and objects, and unable to drink milk orally. As it has been going on for a while now, he had a brain MRI at the end of last week. Today we heard the result which showed that there is an injury to a part of his brain. It can be a complication of being on the ECMO; the machine which helped to save his life.

Thankfully, the doctor described that his condition presents as more “mild” impairments, and is hopeful that in time, and with complementary therapies, his brain can heal and recover.

At the moment, it is both calming for his mother to have an answer, but also upsetting to see Mohammed upset, and to hear that there is no quick fix medicine able to cause an improvement in his condition. Still, optimistically, she says she is hopeful for his recovery.

Please pray for them both.