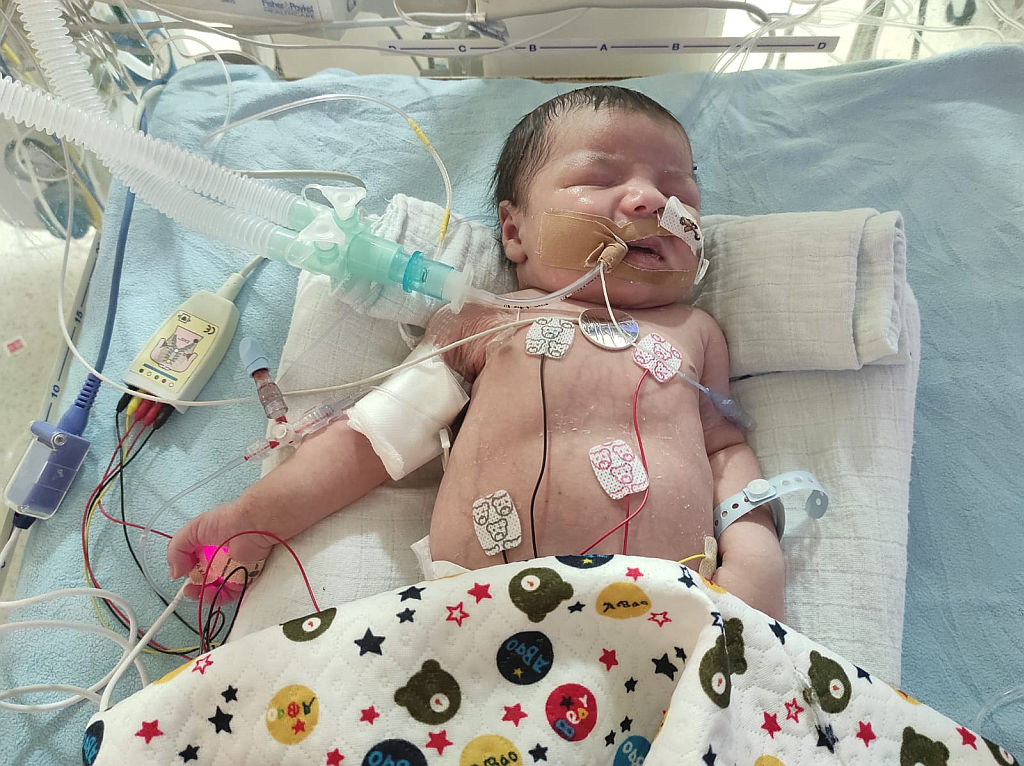 Ayham has not yet had his first surgery at Hadassah hospital due to his critical health. He had been battling a bacteria and at the moment he is with anticoagulants due to the brain hemorrhage condition. The doctors await Ayham’s recovery to discharge him, and later, in about four month’s time, he can return from Gaza for his surgery.

On the other hand, Ayham’s mother has asked me to take her to the Mosque, and today was the day. She was really happy traveling for the first time by train around Jerusalem. Also we went shopping for some clothes, shoes, and pashminas. At the end of the day, Ayham’s mother was so grateful, and thanked God for everything.

Please continue to pray for the health of Ayham.