When a child dies, it is common to hear a Muslim family say their son or daughter is now a bird of paradise, in Arabic ‘asfur aljana.’ On Friday morning, after a twelve hour surgery the previous day, Omar’s condition was not good, and the doctors at Sheba hospital could see that he would not live long. He maybe only had a matter of hours. They spoke with Omar’s grandmother to tell her this news, which she told to her son, Omar’s father, over the phone. “Tomorrow he will be a bird of paradise,” she said through tears to comfort her own boy, whose son was dying.
And so Omar is a bird of paradise now. He died late on Friday night. 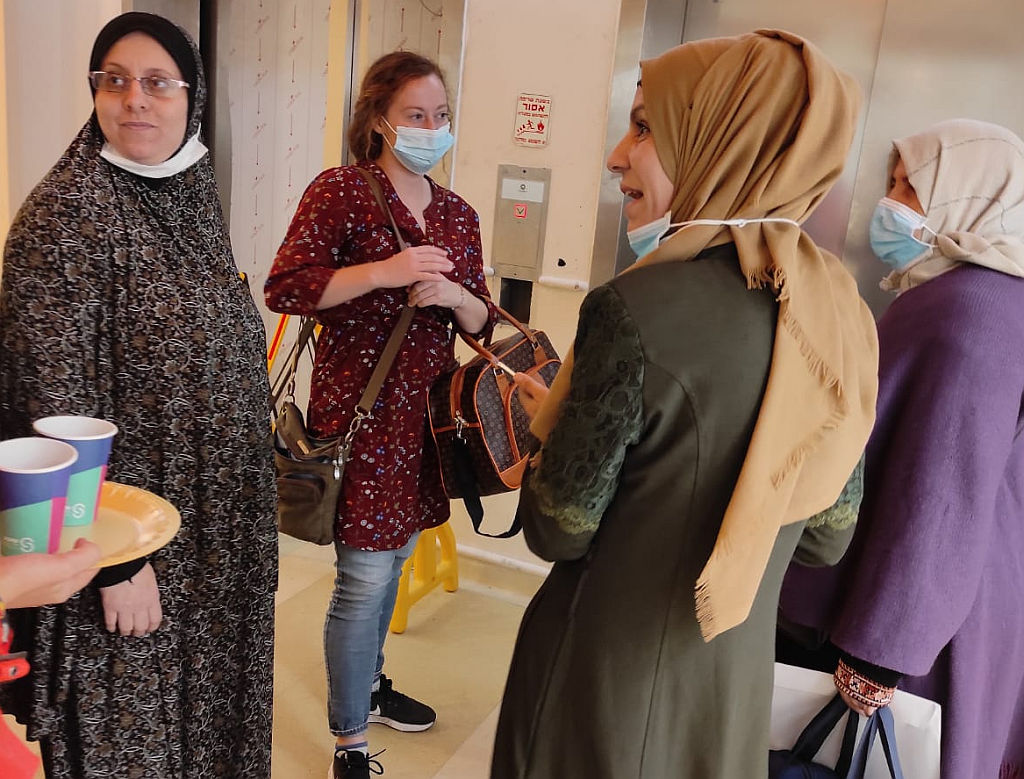 His grandmother spent this time grieving, and she had a community around her which, I think, is a testament to her character. Some Arab families from Bethlehem became close with her. One of the women said that Omar’s grandmother was like her own mum. This dear grandmother was also like a mother to Omar, as his own mother could not be with him. 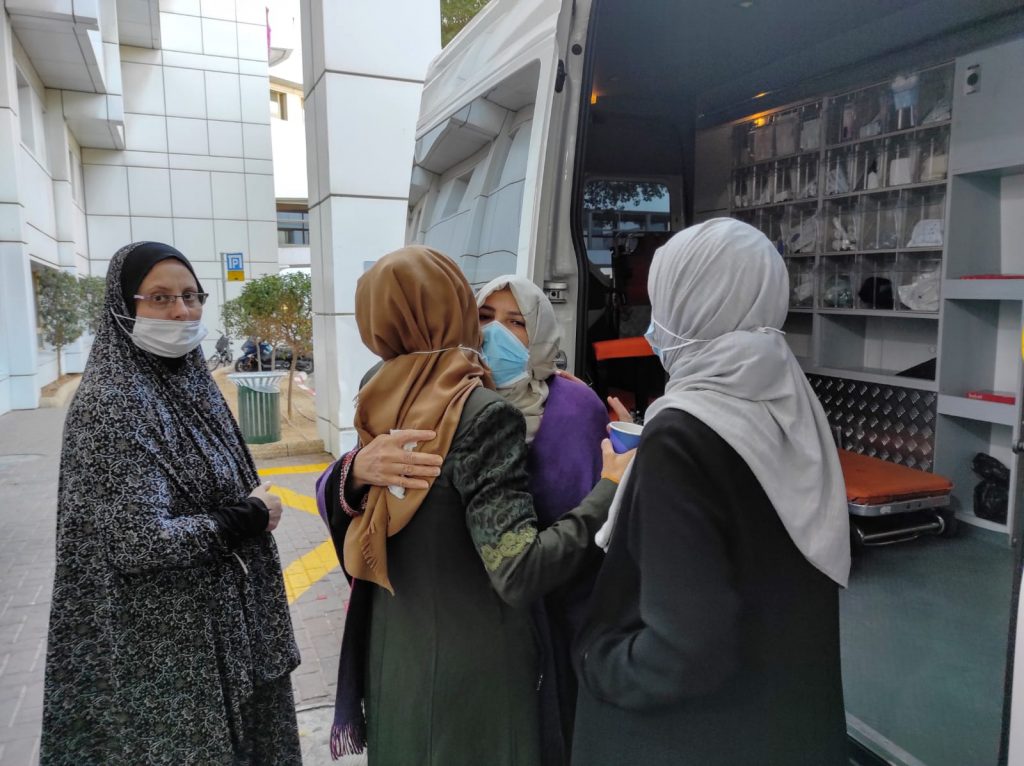 As we left the hospital that night, it was to be greeted by a chorus of her friends waiting outside, looking out for her and to care for her as she spent the night with us Saturday until the Erez border opened on Sunday.

She found peace on the beach. Co-workers Sabrina, Georgia and I walked with her and eventually sat and watched the waves crash onto the shore. Many people were out enjoying the day. Omar’s grandmother had wanted to go to Jerusalem to on the Temple Mount, but because of a conflict around the area, it wasn’t safe to go. Happily, as we sat together on the beach, she said quietly that being here was like she was praying in Jerusalem. She returned to the house where the Kurdish families cared for her beautifully, despite many of them not knowing the same language. 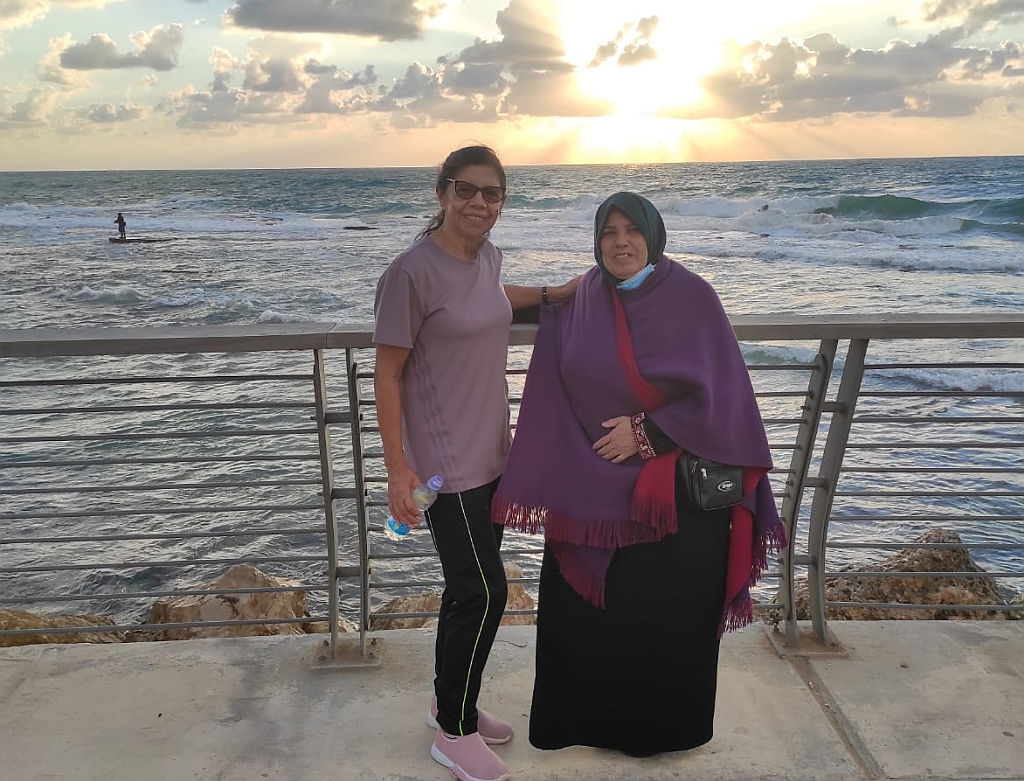 Later in the afternoon, co-worker Margarita and Omar’s grandma went for a walk as the sun set.

Our Gaza coordinator Amar ordered an ambulance to be at Sheba hospital this morning, so we drove there; her friends at the hospital said goodbye one final time before she got in the ambulance, drove to the morgue to bring Omar’s body back, and then set out to go to the Erez border crossing, then eventually home to Gaza.
Please pray for this family as they bury their son, he was just under two months old.