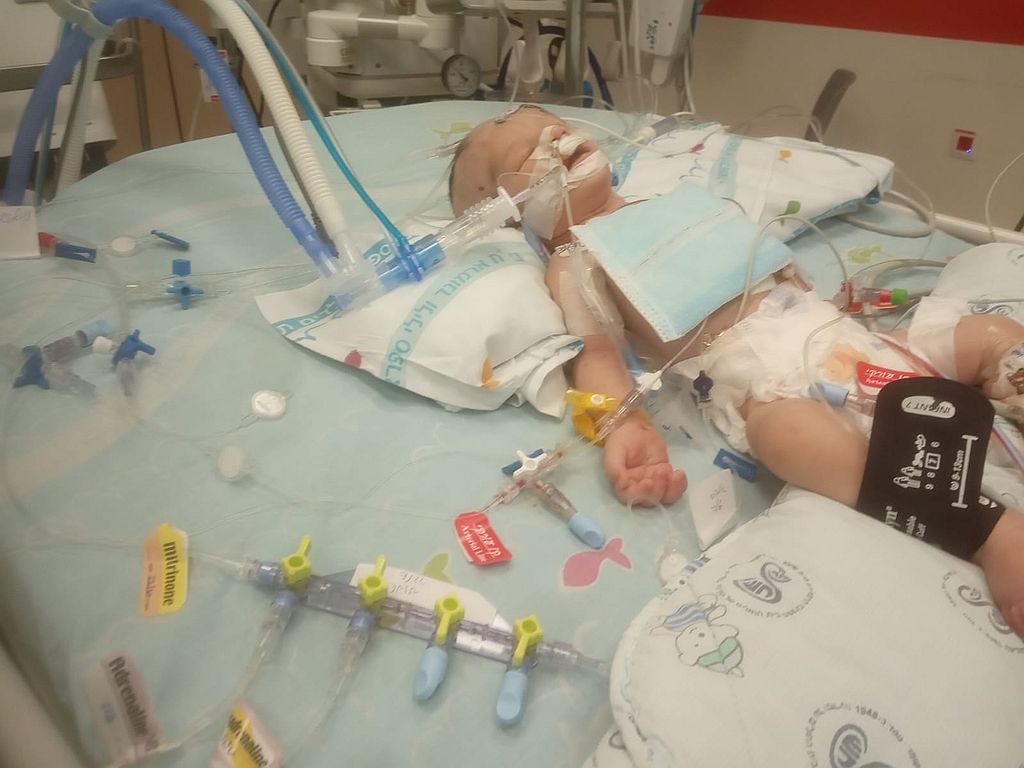 Today, Fayez had a scheduled PA Banding surgery.  It was successful, though a difficult surgery, and with a small amount of bleeding when he was being stabilized in his room.
I hadn’t met him or his mother before today. But during the hours that we spent waiting for Fayez to come out of surgery, I got to know her a little better. I met her husband and two older boys via a video -chat. They were eager to hear the news of their brother.  She also introduced me to her mother, whom she later said raised seven children by herself, as the father died early on.
Strength and resolve runs in this family as was demonstrated by the courage Fayez’s mother showed in the waiting process. After about six hours, Fayez came out of the operating room. The surgeon spoke with us to say that the surgery was done but that it was quite difficult. The next 48 hours would be critical for Fayez, for now his chest must remain open.
Please pray that they might be able to close it soon, and for his mother, who was relieved her baby was out of surgery but worries now for the recovery process.