It has been a few months since I was at a Gaza clinic. I remember the hustle and bustle of many families packed into the waiting area, the constant flow of Arabic, and many children running around. Today, Ruth and I and a visiting nurse, Lindsay, were in the midst of everything at Wolfson. Nine families came to the hospital, two for the first time! Out of the nine children three were admitted to the hospital, one for a  catheterization, and two for surgery!

Soha, Zaina and Yousef, the three children who were admitted, are all a bit older, and for much of the time that we were there, we played with them.  Soha had her own coloring book which she brought, so she colored a beautiful picture of a floral bouquet. 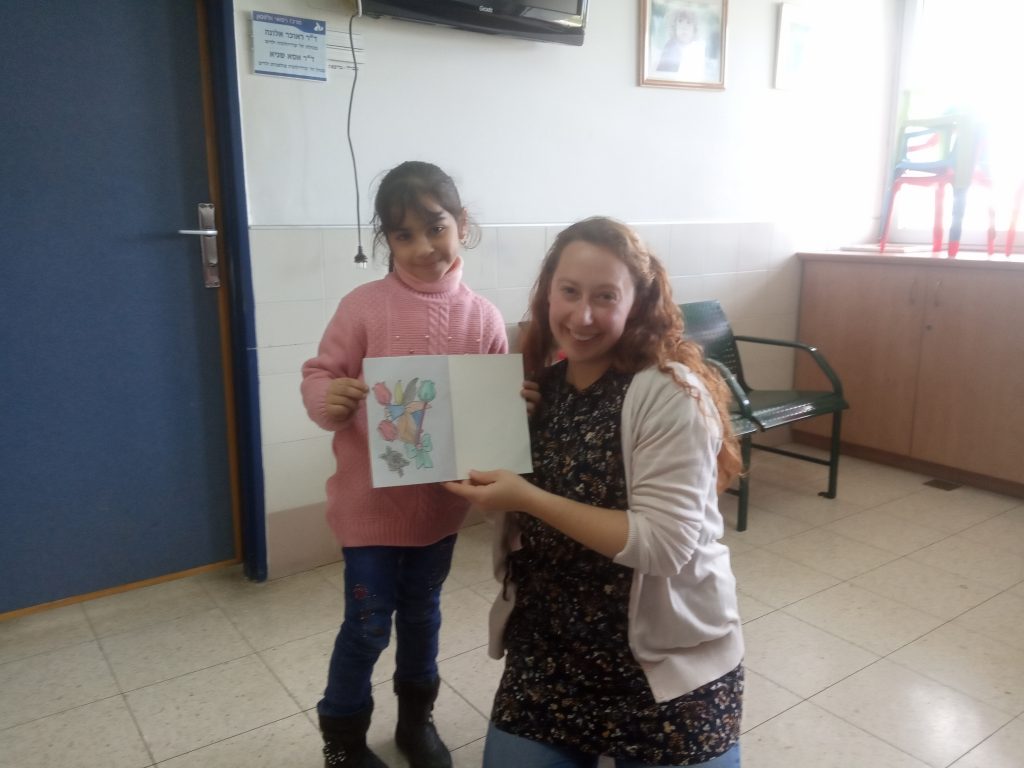 Zaina, who was of a similar age to Soha, drew a poignant picture of herself, studying at a desk with the Palestinian and Israeli flags jointly in the background. 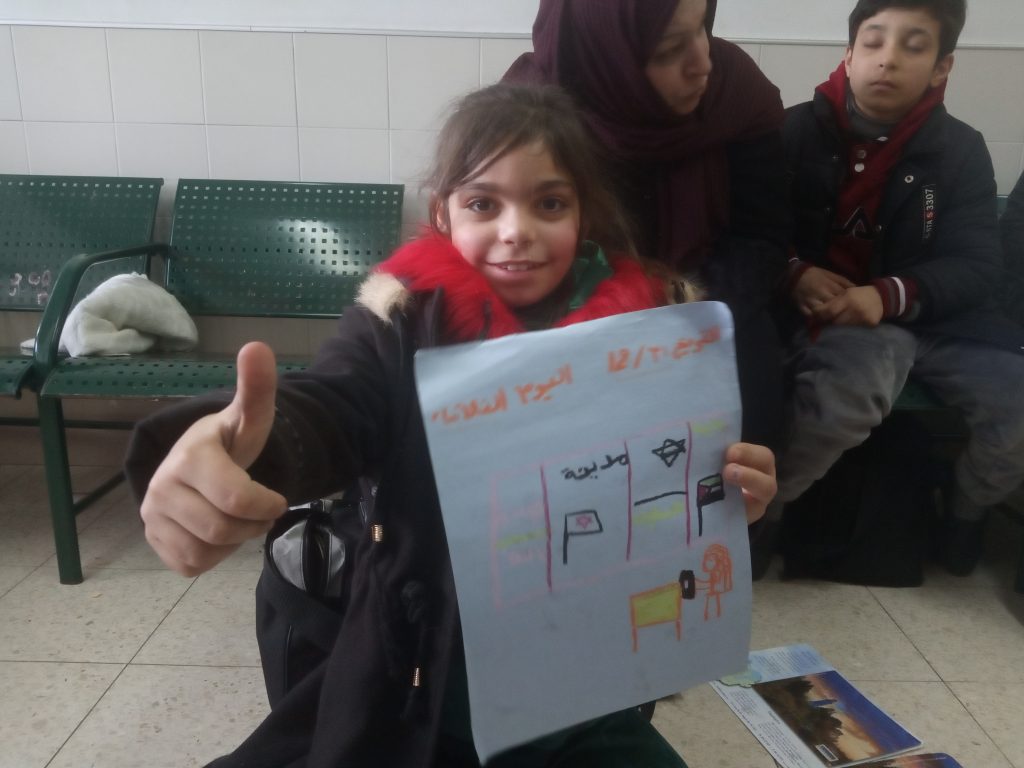 Zaina eventually joined Ruth and I at a puzzle that took us most of the day to finish, but we were victorious in its completion! 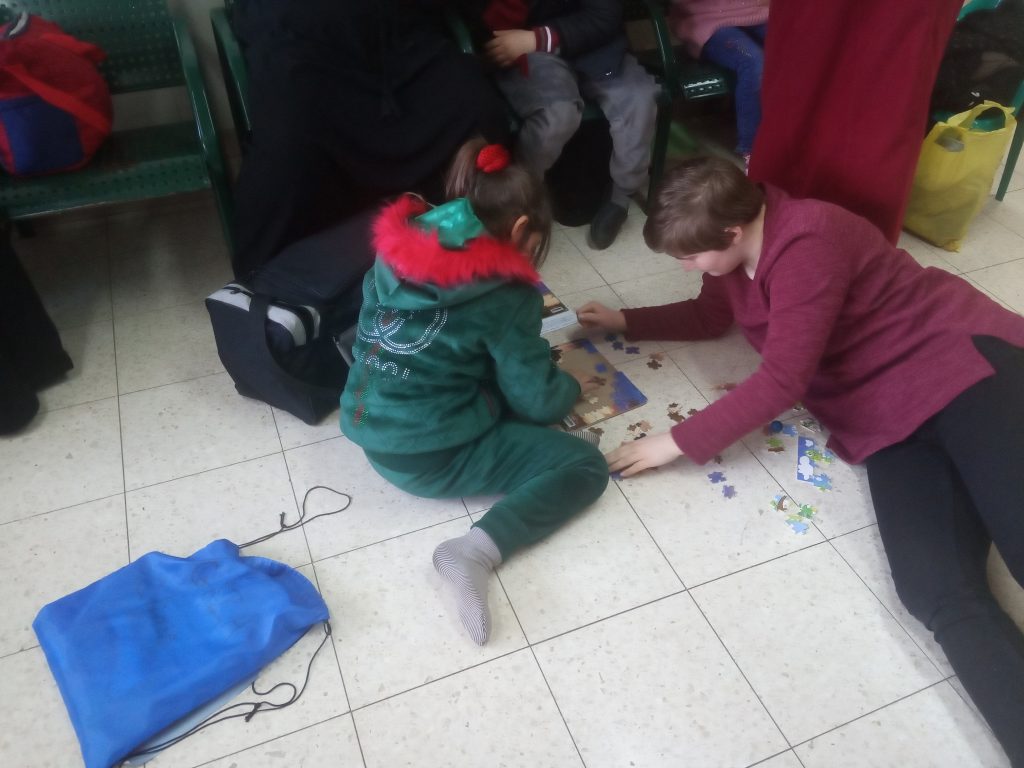 Although we couldn’t have done it without Yousef and some of the mothers. 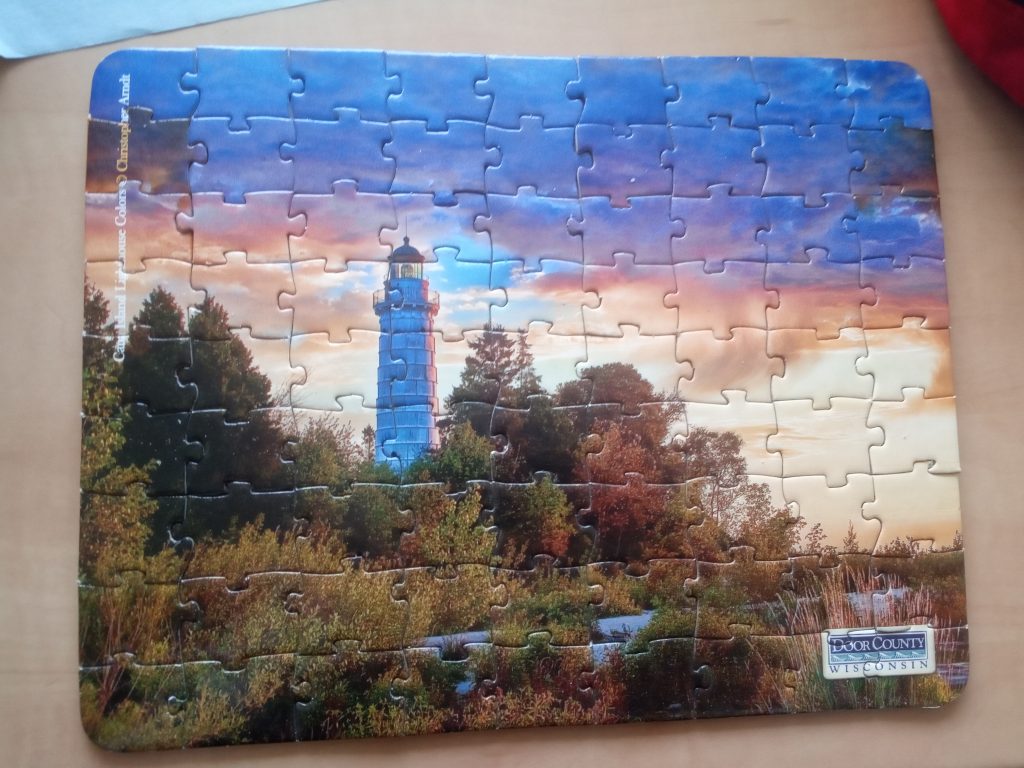 Yasmine was a beautiful baby who was there for an echo, she reminded me a lot of our coworkers’ daughter, River, who is also learning to walk, and eager to test out her legs at every opportunity! 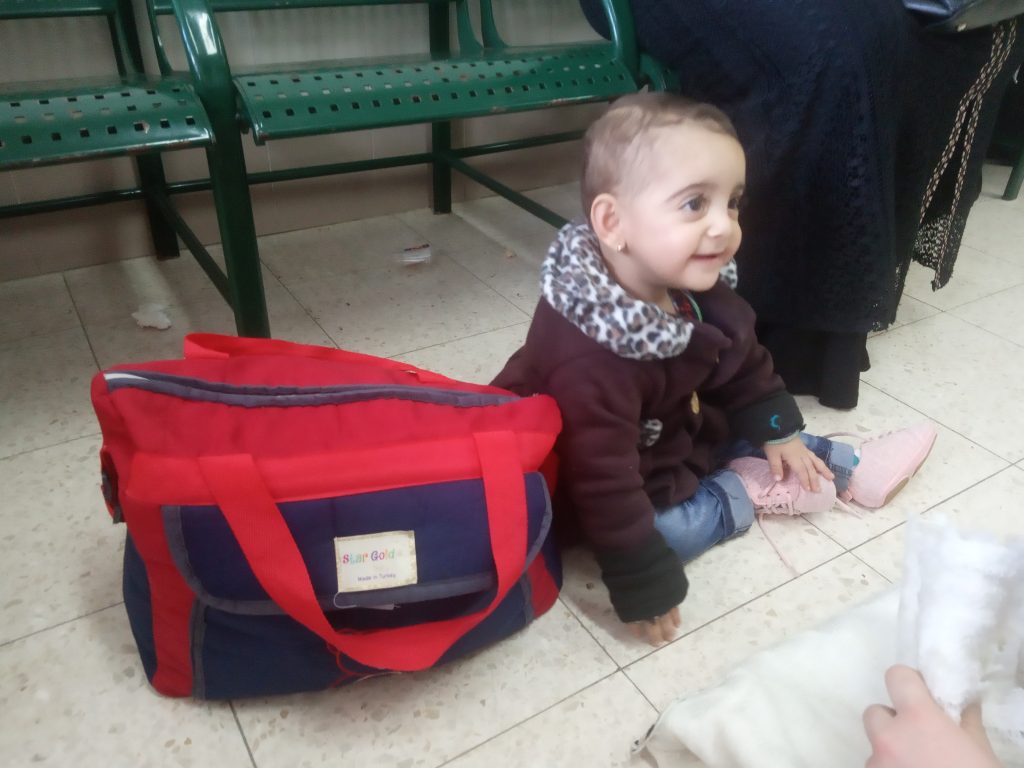 She was one of two babies, the other was a four month old named Muhammed. It was his first time, and he enjoyed the comfort of his grandmother’s arms, although he cried during his echo, he was soothed by his blanket from home and his pacifier. 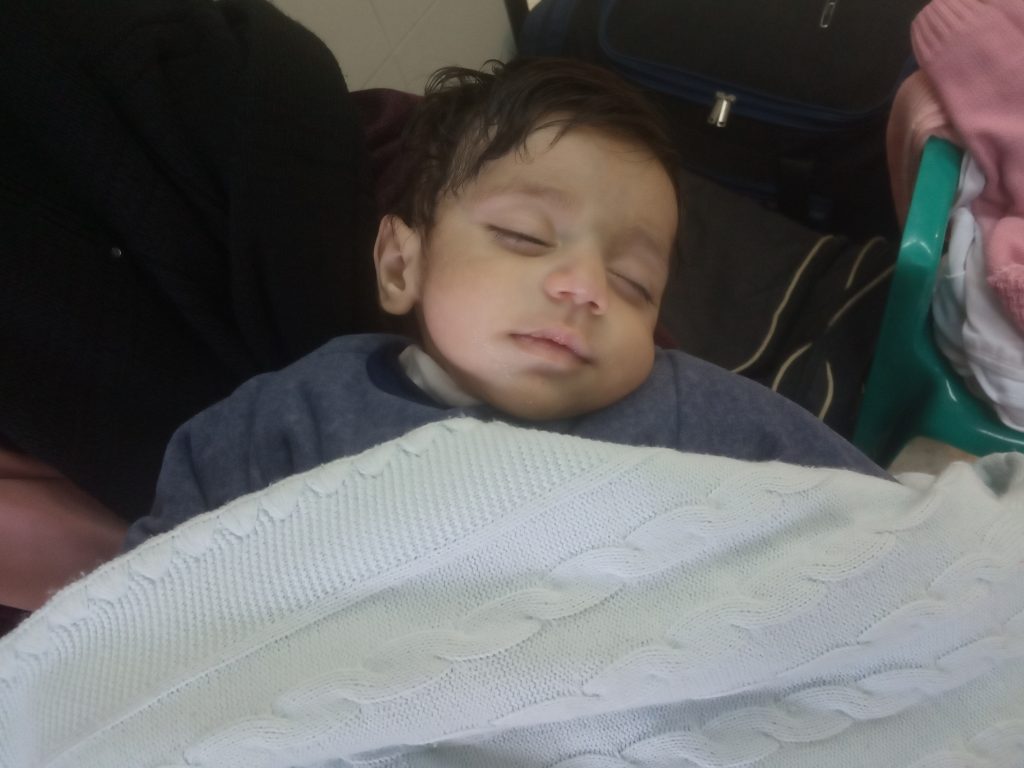 I’m so thankful for the time today, initially being with so many people is overwhelming, but I find every time, that the Holy Spirit directs me in interacting with each child; the people of Gaza are beautiful, I know Ruth and I truly felt the love of God for the kids today, and in that way, every moment was a
gift.