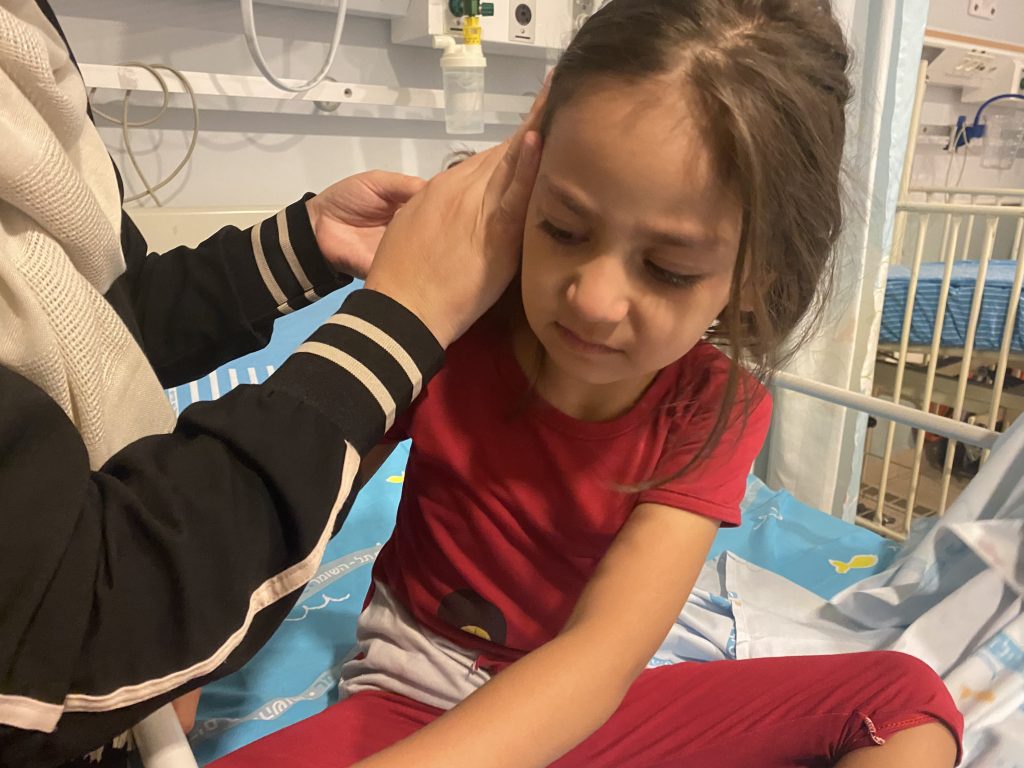 At Sheba Hospital today, the Pediatric ICU staff confirmed Fatoum was ready to be discharged. After her cath two days ago, Fatoum was stable enough and ready to go to our community home in Ashdod and wait their for her planned surgery in the next few days. 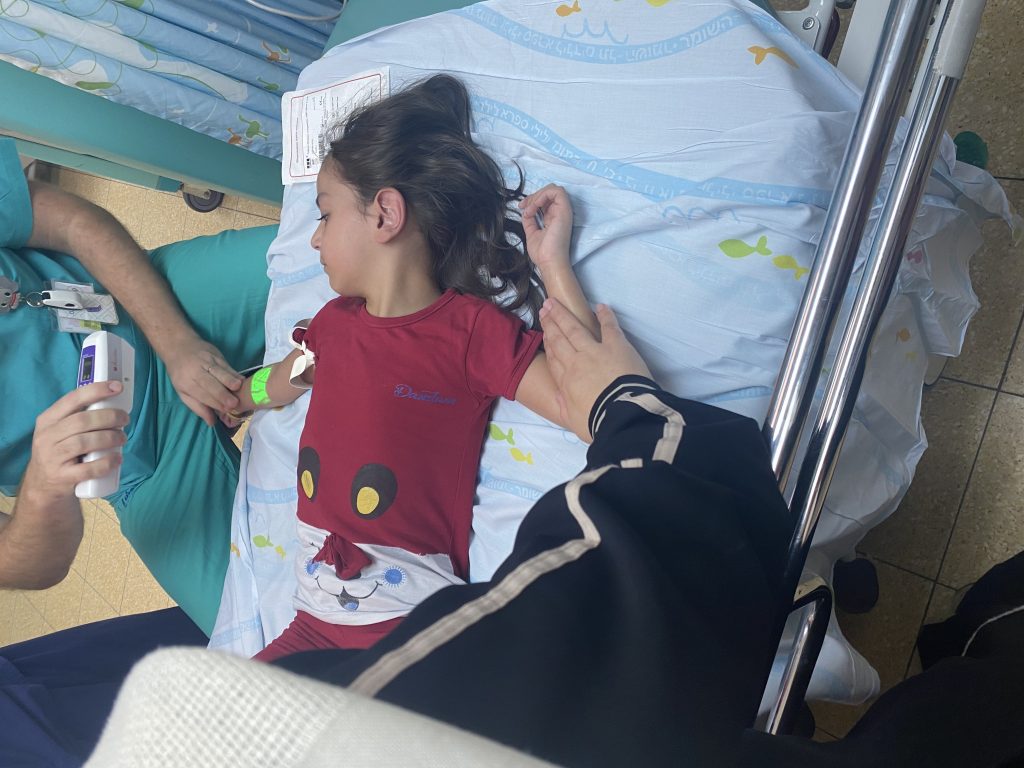 Three hours later however, we had to go to the ER because Fatoum was shaking with fever, and was experiencing some chest pain. Once in the ER, doctors made an ECG, an X-Ray, a blood test, and also gave her some medication. 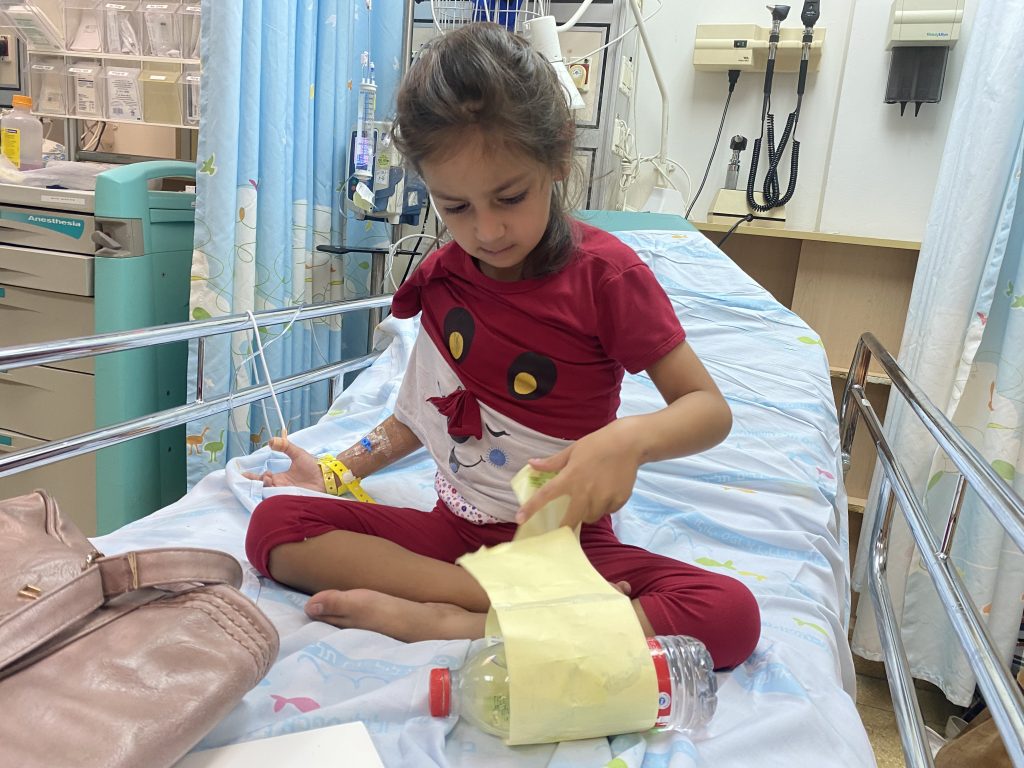 After the results a few hours later, an ER doctor decided to re-admit her and keep an eye on her. Fatoum’s fever wasn’t low as they expected and she had already had a fever the night before too. Her normal oxygen levels are lower than the regular rate as well, so the doctors wanted to make more tests and see how she reacts.
Please pray for Fatoum and the next steps for her.