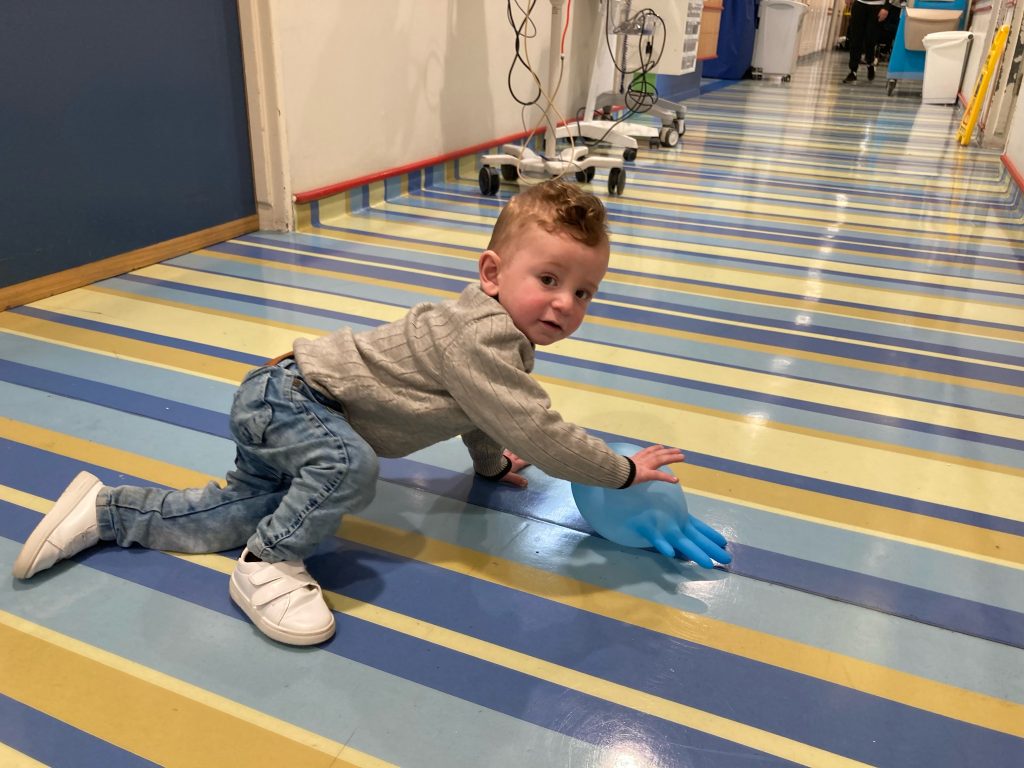 This morning I left our community house in Jerusalem to drive to Gaza. Arriving there, Wael and his mother were already outside of the Erez border crossing, so the transition worked without problems.

We drove together to Hadassah Medical Center. It was my first time going to Hadassah with a child, so I got navigated by my co-worker Alena via video-call to find the right area. While we were waiting to register, Wael and I were sharing a small bag of popcorn which was funny, because he liked it when we ate a piece of popcorn each at the same time. After the regestering, we went to the pediatric department for the first check-up.

Waiting there, another mother gave Wael an inflated glove and he liked to throw it and then catch it again. During his check-up, he was weighed, measured, had a cannula applied, had an echocardiogram and also an X-ray. This was a full day for him and his mother, but Wael was very brave and cried just during the cannula application. 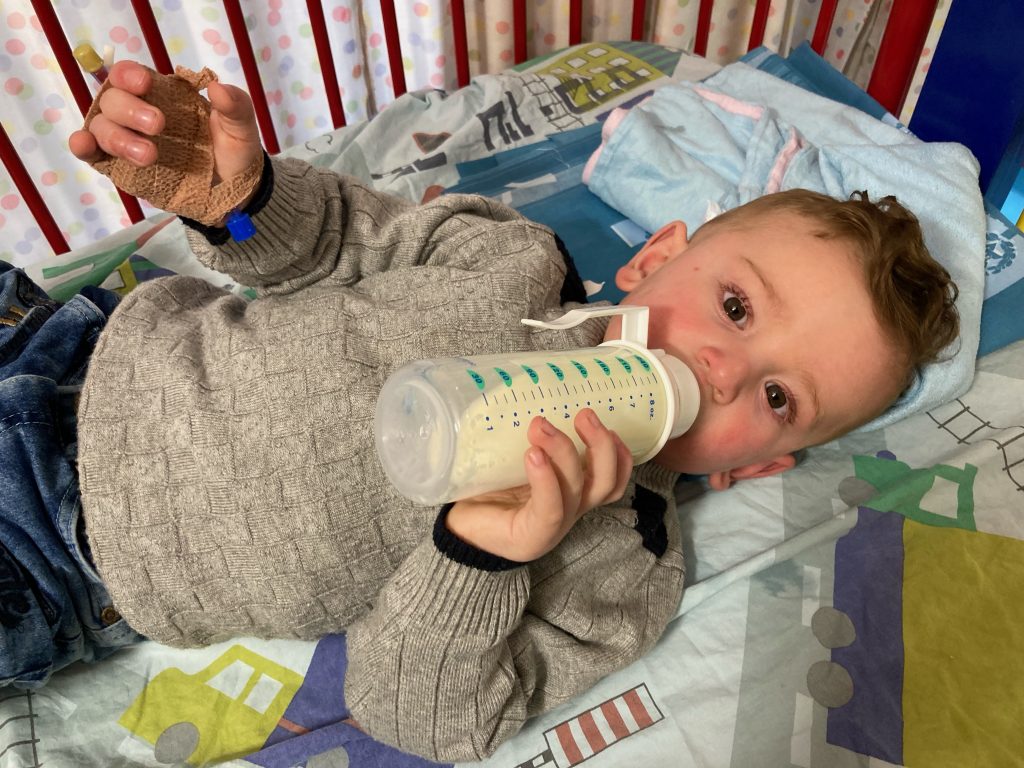 After all the stress, they were released to go into their prepared hospital room where his mother put him in his bed and gave him some milk. After that, he was completely calm and quiet.

His catheterization will already be tomorrow, so please pray for Wael, the doctors, his mother and our Jerusalem-based co-worker Berith, who will wait in support of Wael’s mother during the catheterization procedure.