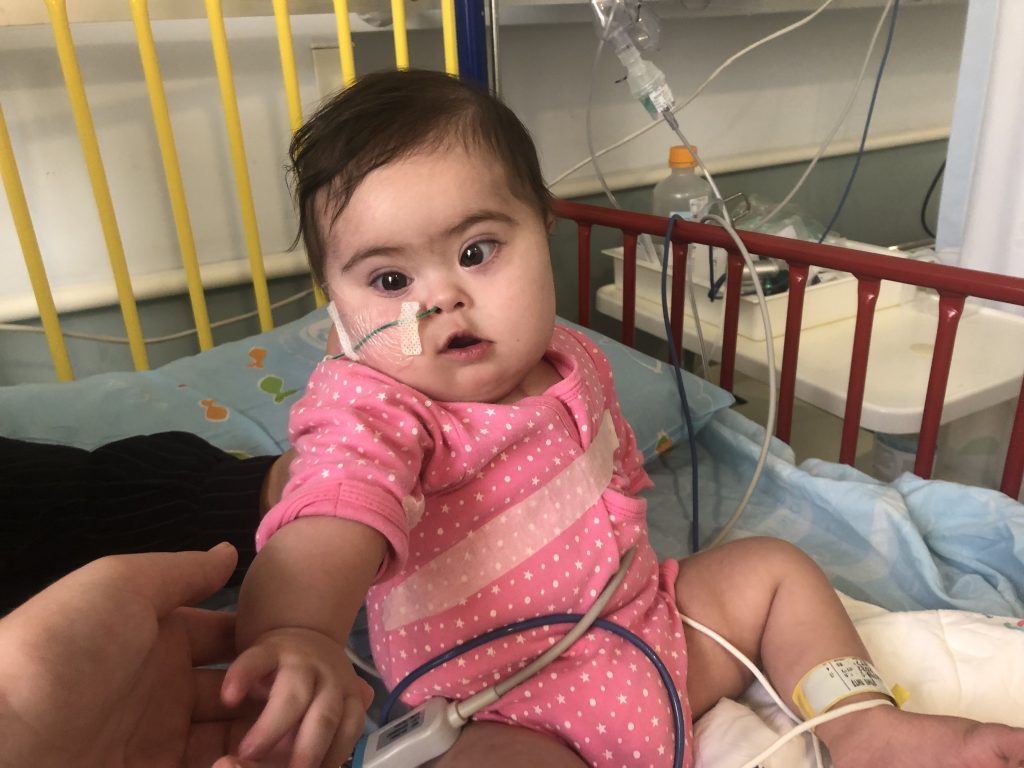 Coworker Lisa and I accompanied Malak and her mother to Sheba Hospital for the videofluoroscopy of Malak today. Early in the morning it was still not sure whether Malak would have it today as planned or if it will be postponed. When we entered Mala.k’s room, we found her mother crying, frustrated and upset. She told me how sad she was and weak she felt after four months of staying in hospital, and for the last month of this, not having any further treatment for Malak. We comforted her and I told her that she was already strong for staying such a long time in hospital alone. 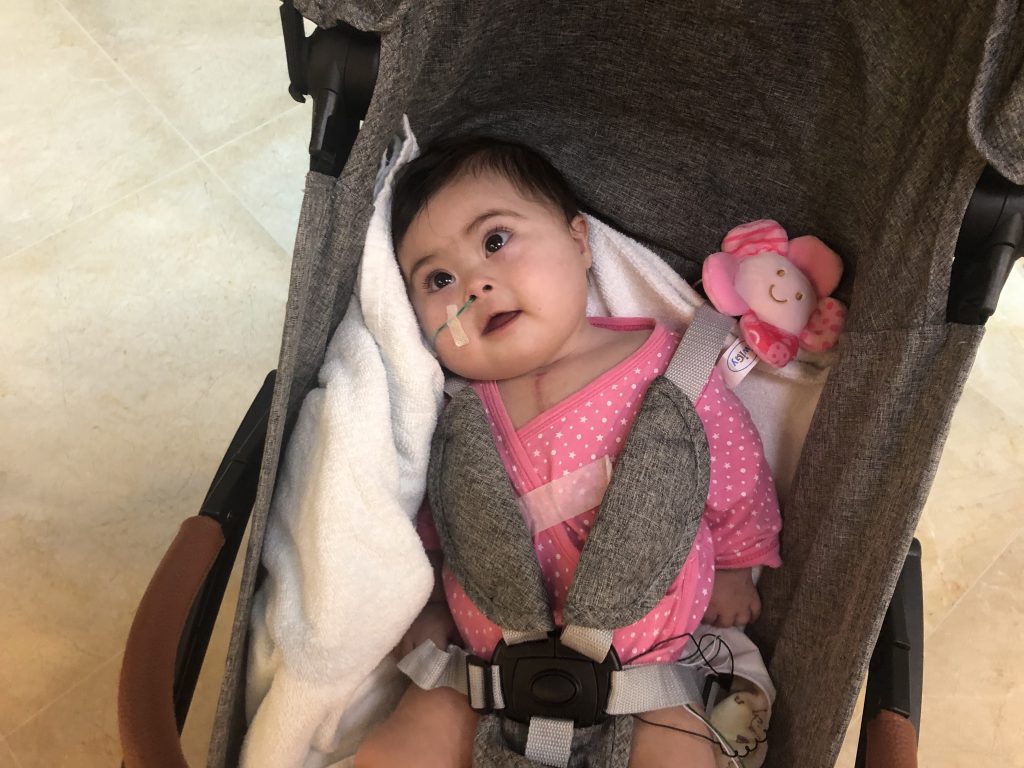 Before taking a walk to distract Malak’s mom a little, I asked again the doctor why Malak’s fluoroscopy was postponed when they told me that they could still do it today. A few minutes later someone came to bring us to the right building and Malak’s mother was finally able to smile again. It was so great to see how relieved and happy she was. She thanked us and we hugged each other while she said with tears in her eyes, “I love you. You are my family.“

Malak’s mom invited us to visit her in Gaza and kept saying that she wants us to meet her family. “Inshallah,“ (Arabic for “God willing“) we will be able some day to visit hethere. While waiting for the elevator, both Malak and her mother were smiling brightly.

During the videofluoroscopy, Malak had a little trouble sucking at the bottle. But after putting the liquid food on a spoon and giving it to her mouth directly, she was able to swallow a little. The doctor later told me that she has to look at the video again together with a radiologist to check that the food doesn’t go down to the lungs. But hopefully Malak will be able to eat by herself soon.

Let’s pray for Malak that everything goes well for her and that she can eat soon by herself. Please also pray for her mother who really wants to go home, so that her whole family can be with Malak again. But right now, what Malak’s mother really needs is a little patience and also strength because the scopy results might not be how she expects them.