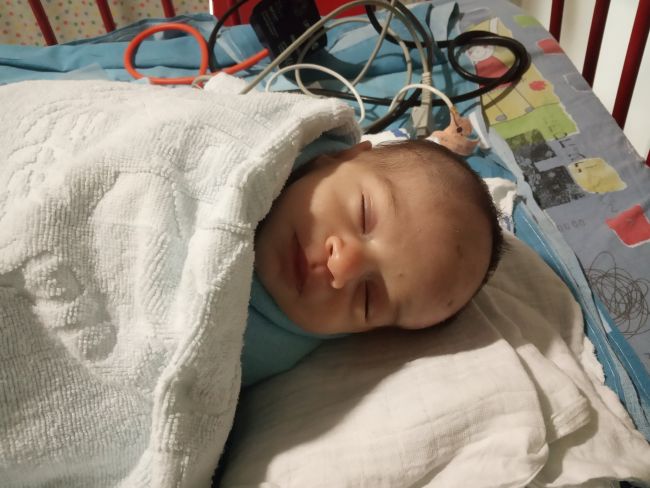 When Lou and I walked into the ICU of Hadassah, it was not the first time we had the happy surprise of finding that a child had been moved to a general pediatric ward! “He’s too well to be here now,” the nurse told us. But her statement didn’t just apply to Hassan being well enough to move out of the ICU, but actually he was well enough to go back to Gaza! He had a final x-ray and then was discharged! The long awaited day for me came because after many visits of seeing him attached to medicines and machines, today he lay free of all attachments and I finally got to hold him! 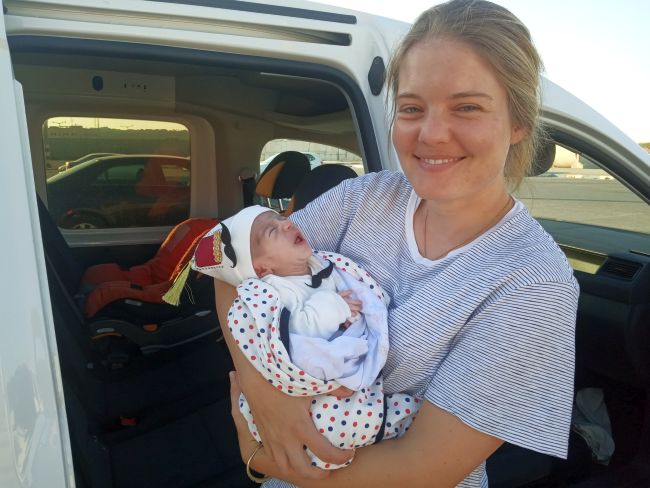 His discharge was a surprise, so Lou and I didn’t bring a car seat with us, so while she stayed with his grandmother and waited for the discharge report, I drove back to Jaffa to get a car seat, and then back to Jerusalem to pick them up. Thank God for the timing and peace of today; the report was ready just as I got to the hospital, and then we  arrived at the border 45 minutes before it closed for the day. This day was a joyful one, but I know it had the propensity to be stress-filled and exhausting. What made it such a joyful occasion was the body of Christ: our community at Jaffa praying for us as we drove around Israel, Lou as an encouraging and steadying companion, even my beautiful mum who is 7,000 miles away helped us today.
Because of the community of believers all over the world, we could revel in Hassan’s discharge for what it should be: a celebration of a little boy who desperately needed help, and by God’s grace received it. It was bittersweet to say goodbye to him and his wonderful grandma this evening at the border. But he is due to come back in three months for a checkup, so we will see these two again (I am very happy about this!). I remember meeting her a few weeks ago, tired and stressed after coming to the hospital, but today she exuded ease and satisfaction as she brought her grandson back to his parents. Praise God for what He has done in these past few weeks of Hassan’s life.
As Lou and I drove back from Gaza to our community home in Jaffa, the sun was setting on the horizon and the lyrics of a beloved hymn played in the background as the day closed “I will not boast in anything, no gifts, nor power, nor wisdom; but I will boast in Jesus Christ, his death and resurrection.”
We boast in Jesus, for his hand carried Hassan through surgery, gave his grandma continued strength, and upheld us through this day.