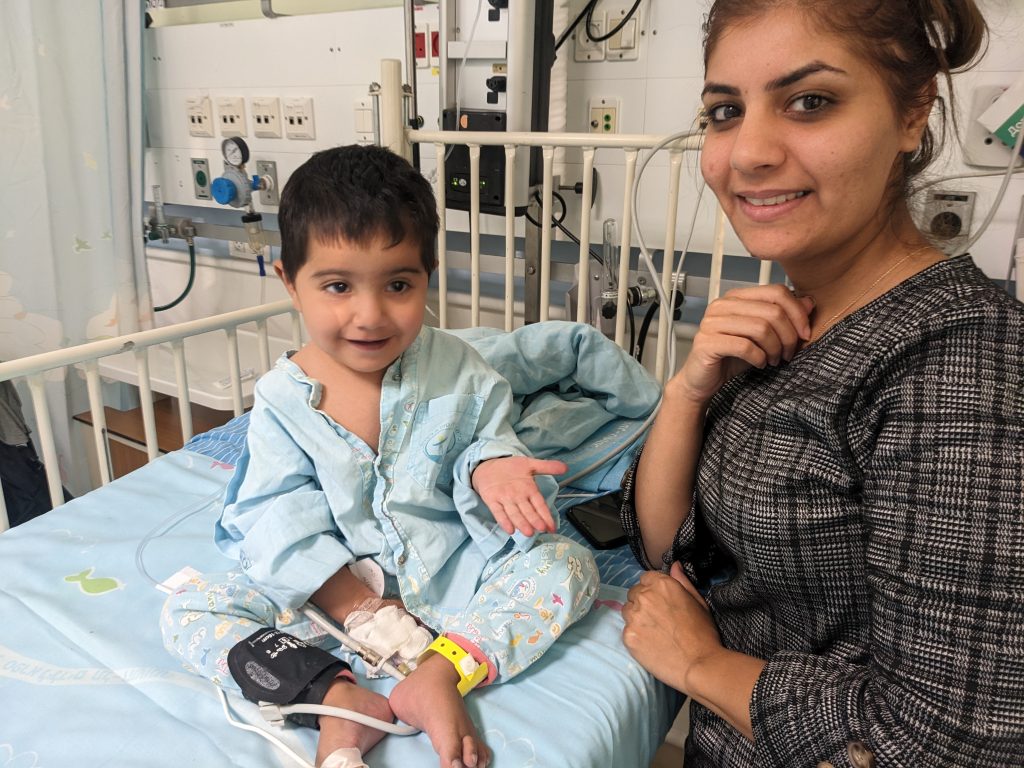 First thing this morning, I found Arya and his mom in the intermediate ICU, patiently waiting for his surgery. 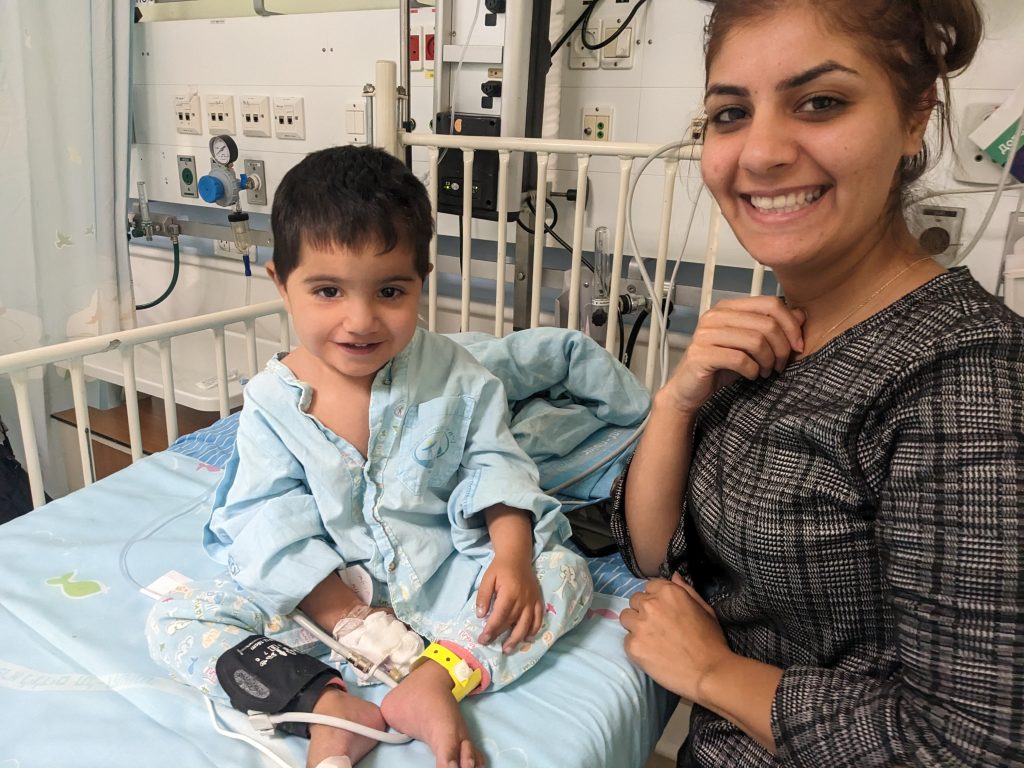 It was hard to believe the day had finally arrived after three months of waiting. 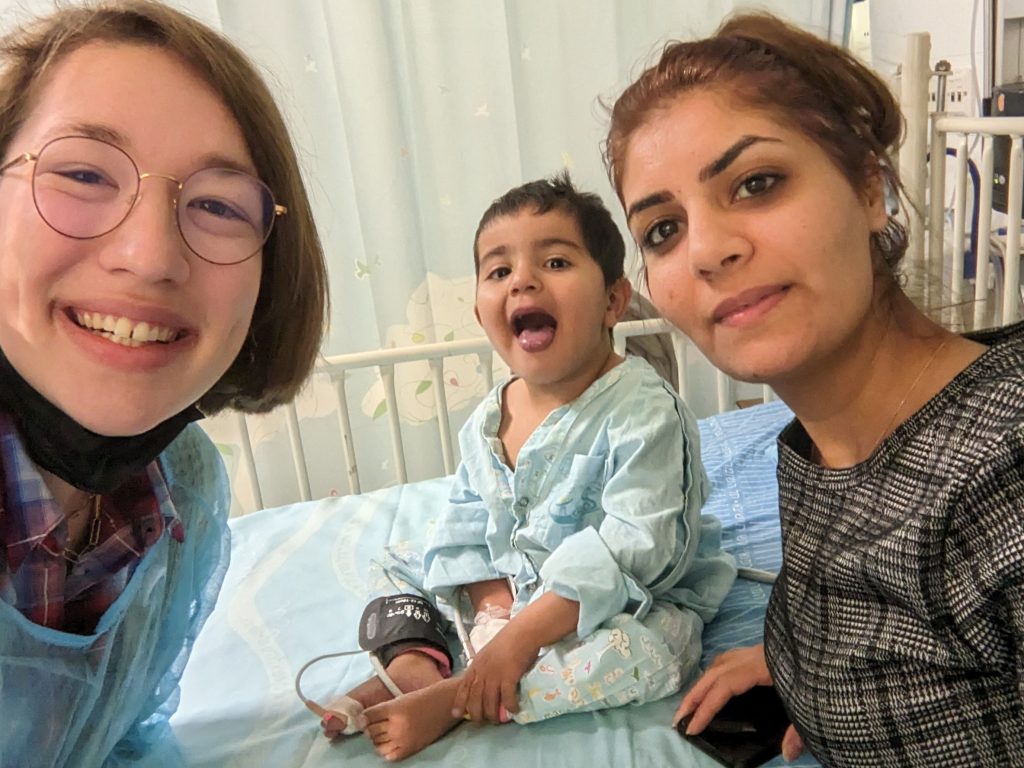 Even though it was early, Arya was wide awake and as full of energy as ever.
Soon enough, the doctors arrived to take Arya into surgery. His mom kissed him goodbye and they wheeled him into the operating room.
All morning and into the early afternoon , we waited along with a group of other moms from Kurdistan and Gaza who all gathered to support Arya’s mom. It’s surprising how much joy and laughter can be found even in such an anxious situation. After five hours, I met the head surgeon coming out of the ICU. “It’s done and everything went well, can you tell the mother?” It’s the best feeling to deliver such good news. “Praise God,” Arya’s mom kept saying in Kurdish. 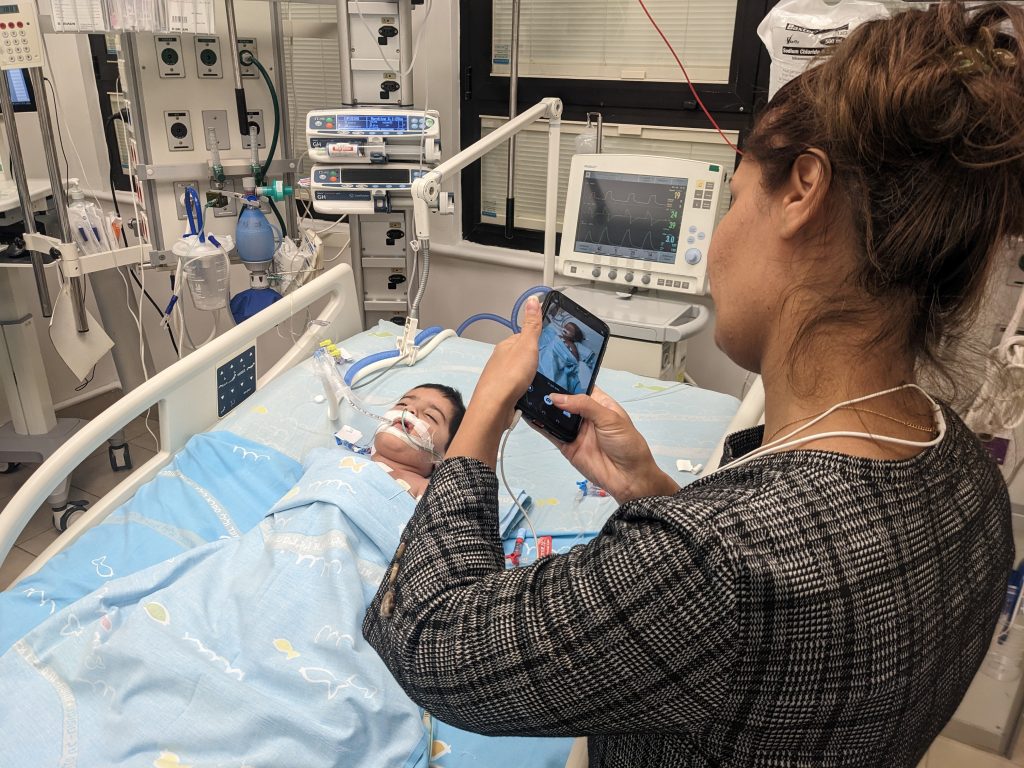 It was another hour or two before she could go see him in his room, and she started taking photos right away to send to her family. Arya’s surgery today was the first of two needed to reroute blood around and through his single-ventricle heart. He’ll need the next one in a few years, but for now, we’re so thankful for a successful first step.