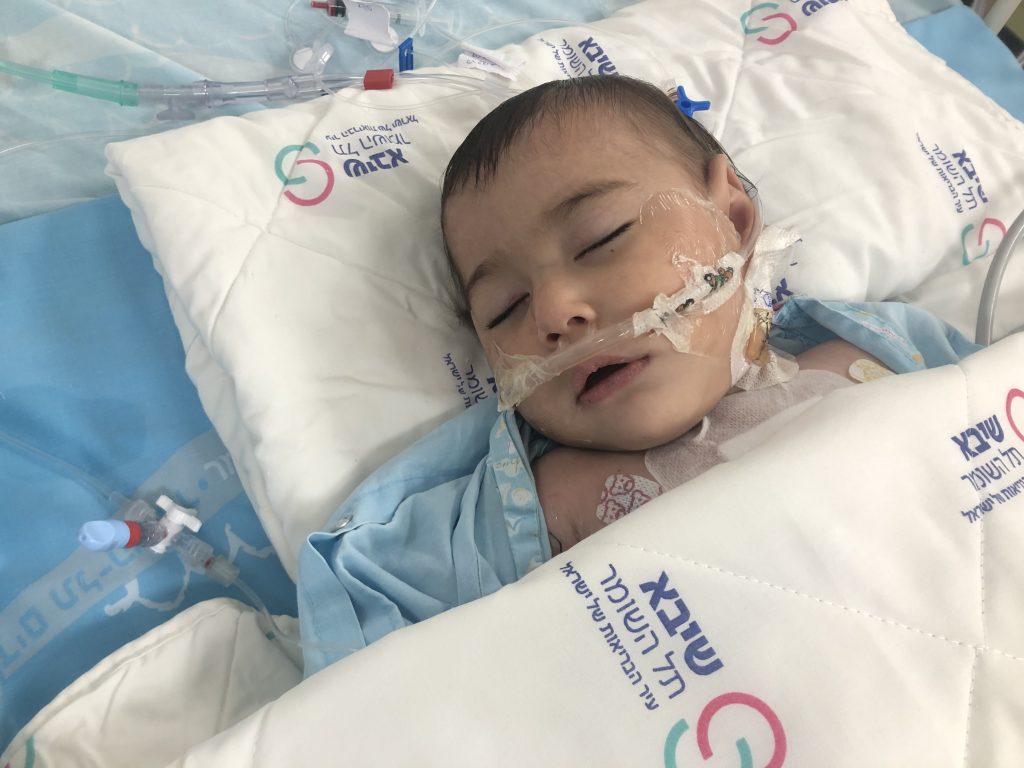 Coworker Elise and I were so glad to hear from Kenan’s doctor at Sheba Hospital today that Kenan is stable, only needs a minimum of oxygen support, and is slowly improving after his big surgery a few days ago.

Right now,  Kenan still has a long-term ECG, which should help the doctors to check on the electrical problems in his heart. The doctors even consider giving him a pacemaker, Doctors are still concerned about Kenan’s electrical problems in his heart and they’ve considered placing a pacemaker for him. But for now it’s important for Kenan to fully recover from his surgery.

Earlier his mother tried to explain to us that Kenan was really tired these last days. We could see she struggles with seeing her son like this in his bed instead of jumping around and playing. She really cares for her son and before we could take a picture of him, she had to make sure to brush his hair.

You can continue to pray for Kenan that he keeps improving and even as he continues his treatment, that everything goes well for him. Please also pray for his mother who is really worried for him.