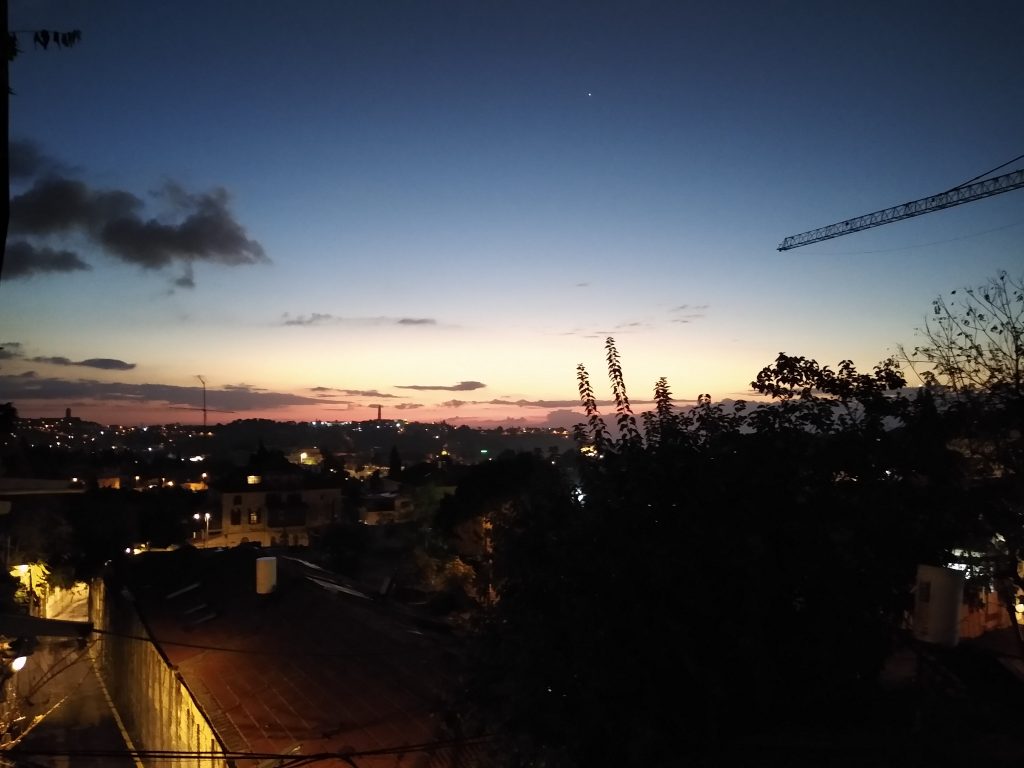 Berith and I left Jerusalem early this morning in order to be at Alaa’s bedside before he was taken away for his lengthy, complex heart surgery (the Konno procedure) which has only been done twice before at Sheba. 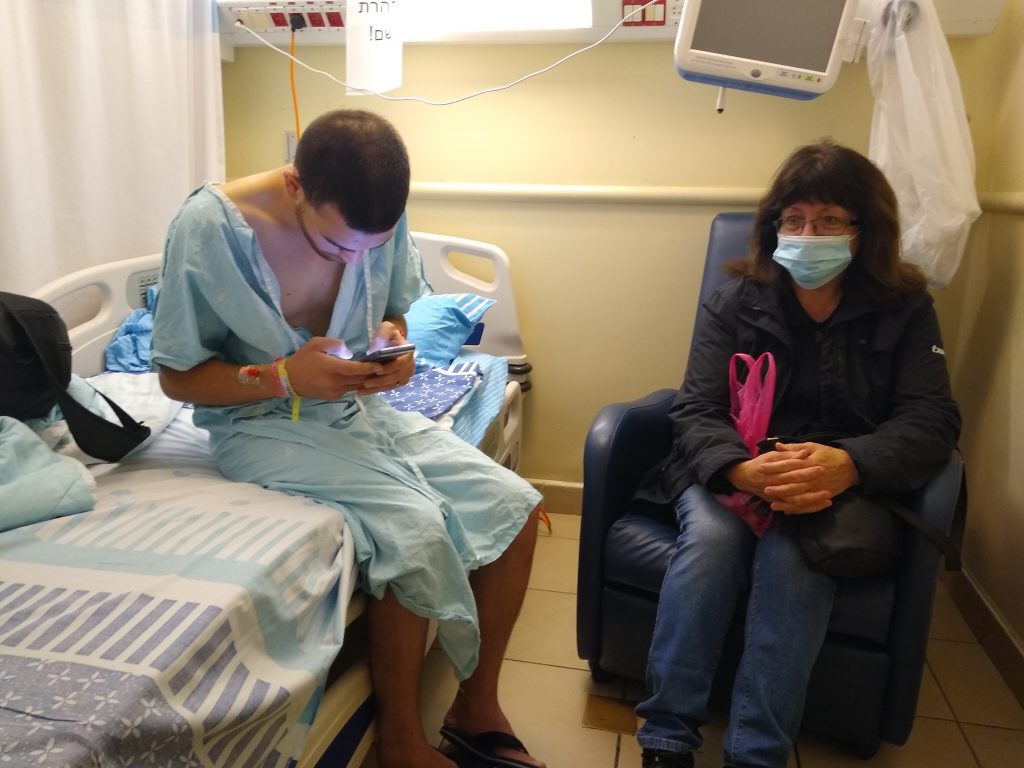 We found he had slept well, and we shared two and a half hours with him in his room after the start of his surgery was delayed by an urgent case. Alaa was in regular contact with his parents in Gaza and his wife who is studying medicine in Egypt. Finally at 9 am it was time to go to the OR:

After a last-minute video conversation in the staging area with his two-year-old son Fadi, Alaa entered at 9:30, and the hours ticked by with occasional WhatsApp pleas from his family in Gaza and Egypt for information. Finally at 5:56 pm came a text from one of the surgeons with the news we all longed to hear: “We just finished. He is ok.”

Doctors told us that the surgeon, regarded as one of the best in Israel if not the world, had accomplished what they hoped for. Alaa was resting quietly on a ventilator, his heart working with the aid of an intra-aortic balloon pump, and we rejoiced together with his family. 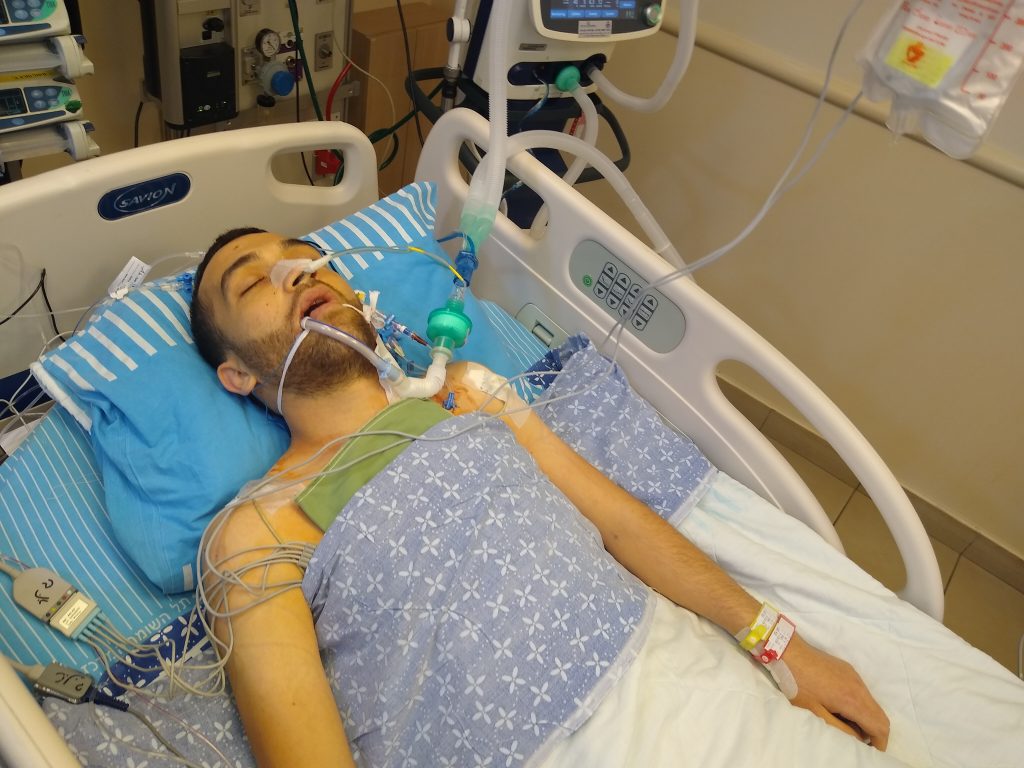