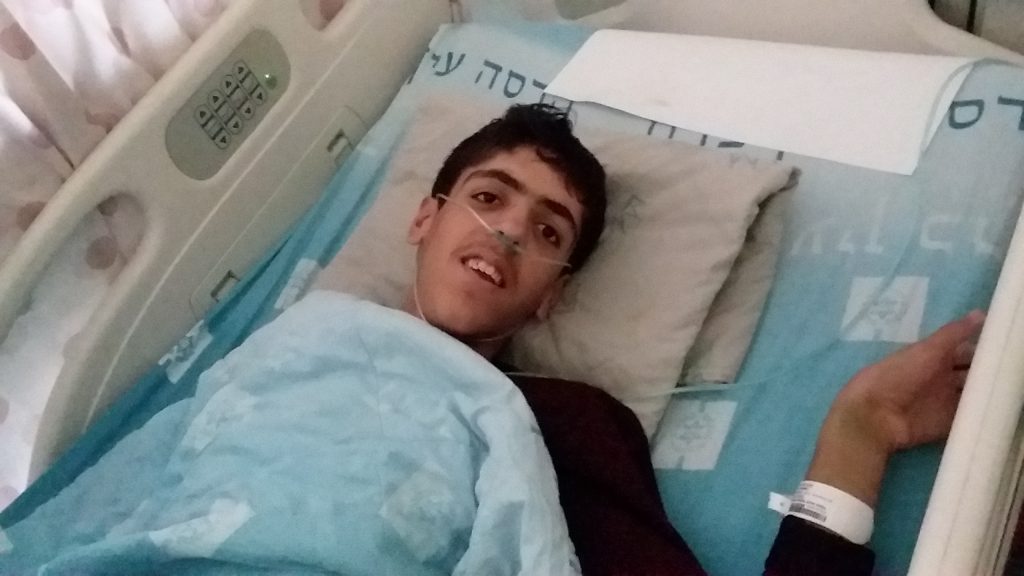 Mohammed was feeling a bit tired today. When coworker Berith and I visited him at Hadassah Hospital, he was lying in his bed with a nasal oxygen tube and happily watching videos on his phone. He kept laughing at something in his videos, and it was very sweet to see how he always explained the joke to his mother when she asked what he was laughing about.

When we came in, his mother immediately offered us cheese pastries, and happily tried to communicate with us. While we were sitting with her and Mohammed, some doctors came in and were discussing some x-ray images of Mohammed’s chest. Later, when we asked about it, his doctor told us that he has a pneumothorax – a partially collapsed lung – and he is having oxygen therapy to correct it. His doctor is not very worried about it, and said that depending on how he is feeling, he could be discharged to our house as soon as tomorrow.

Please pray that the right decisions will be made about him, and that he won’t be discharged until he’s ready.