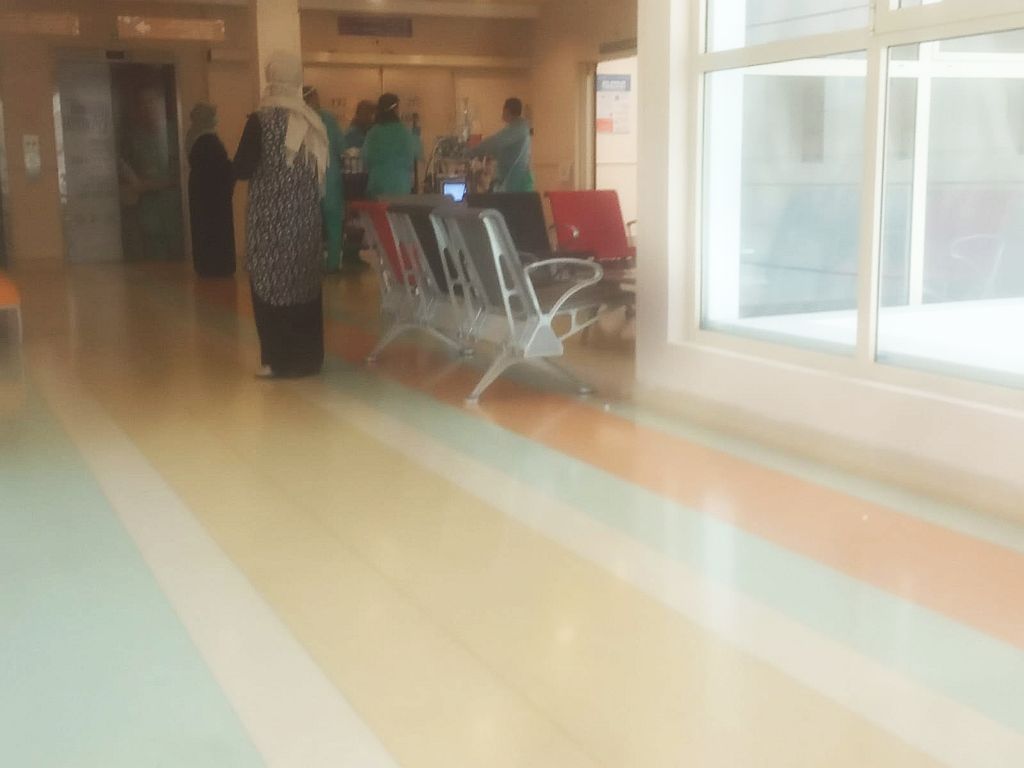 I went up to the sixth floor of Sheba Medical Center in the middle of the day, and found many of the mother’s from Gaza sitting together in the waiting room there.

Zakaria’s mother was among them. She told me Zakaria was having surgery today as a means of taking him off the ECMO. As planned, nurses took him into the OR at 2:30 p.m. His mother, weeping, kissed him goodbye before they closed the doors.

This would be a risky surgery, but they had hope his body would work without the machine. Around two hours later, he came out of surgery having been successfully weaned. This good news was balanced however with the seriousness complications caused by having been on life-support, everything struggling for its proper order within his little body.

This is a really critical time for Zakaria, so please, please keep praying for him. He does not look well, and the dark blue shade of his feet and hands was very upsetting.