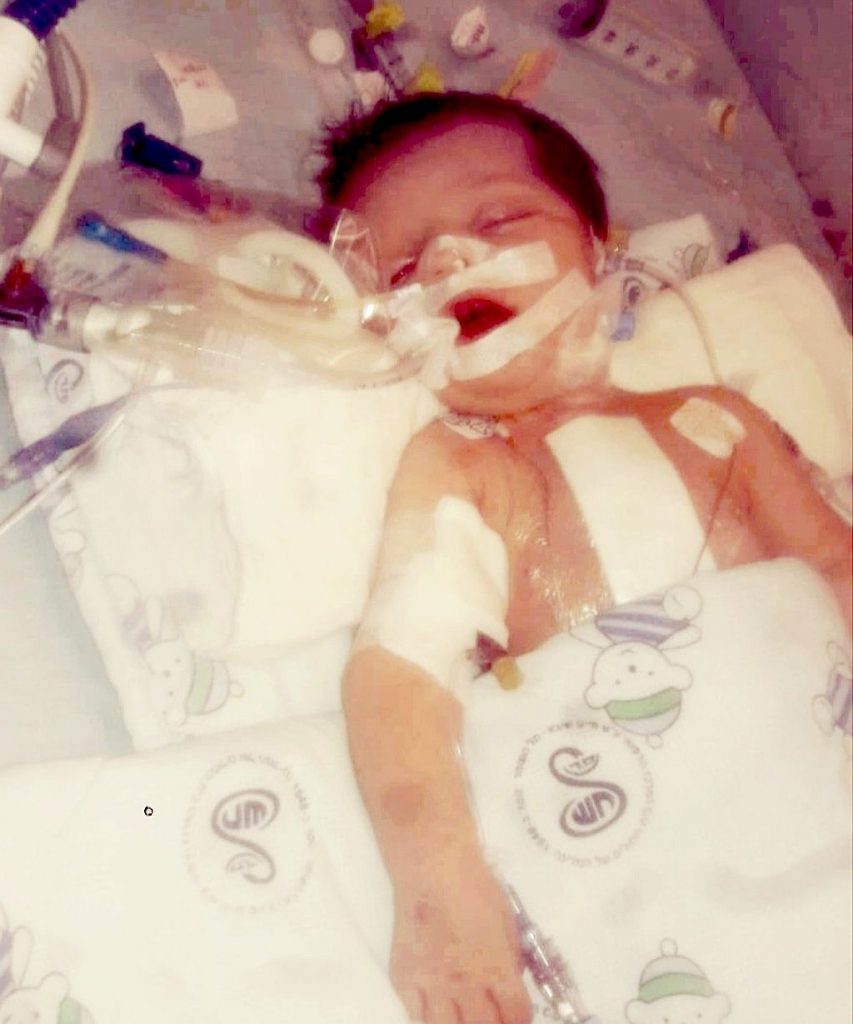 I visited Raied’s mother today at Sheba hospital. She immediately told me that Raied has been in surgery since eight o’clock in the morning.
We sat together for some time, and she showed me some pictures of Raied in his first days of life. He was just one day in hospital and home by the second day.  As we sat there together, her phone was ringing all the time, with calls from her family back in Gaza wanting to know how the surgery was going, and how she was doing. She told me that both her and her husband’s hearts during these hours are beating so fast, thinking about their precious only son now in the hands of the doctors. 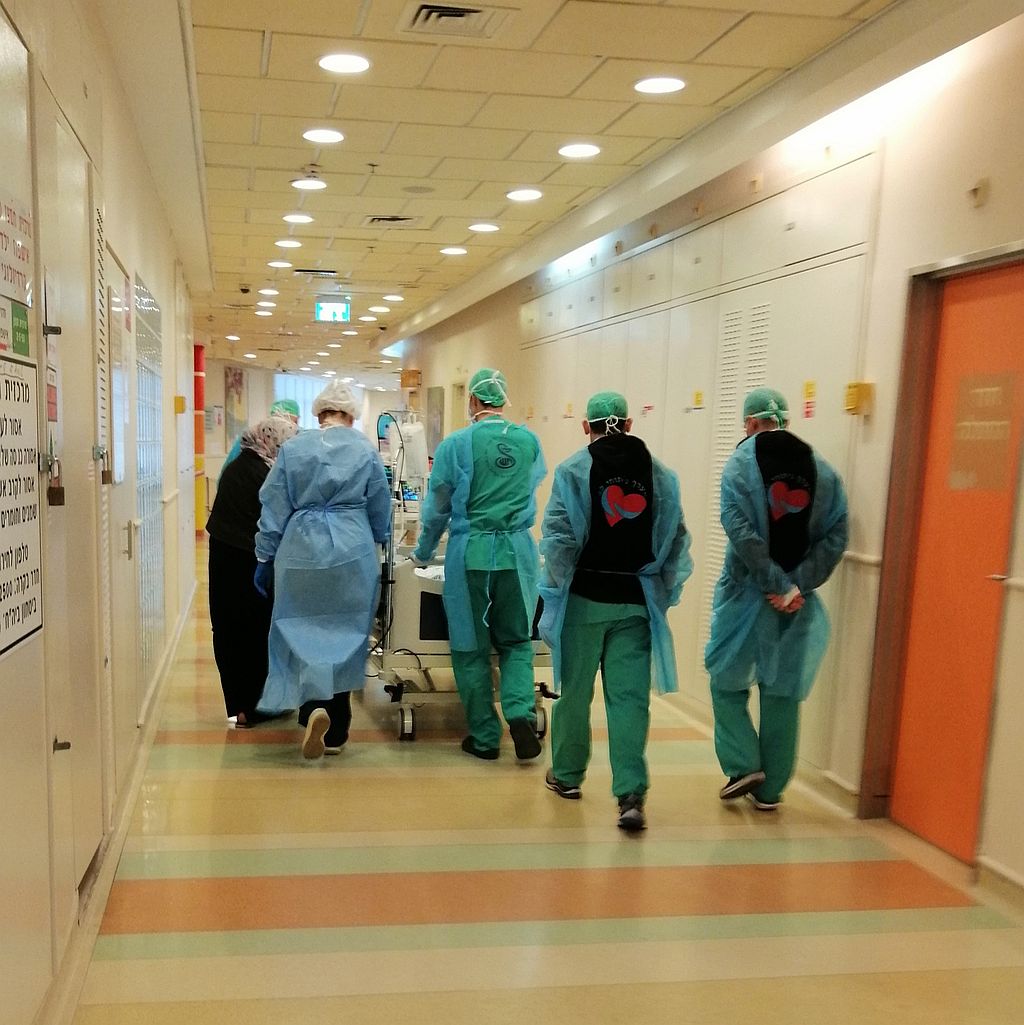 After approximately four hours of surgery, first one and then a second doctor came out to tell mum the good news that the surgery has finished, and has been completely successful. Thanks be to God. In around 30 minutes, we could expect to see Raied being brought out through the doors of the operating room. At this news, Raied’s mother dissolved into tears exclaiming her thanks to the doctors and to God, over and over again. When she broke the news emotionally to her husband via video-chat, his response was a huge and gentle smile.
Mum is looking forward to being able to hold Raied again, and has been told that perhaps after two days, he could be ready to drink milk again.
Thankfully, we saw him being brought out and up to the Intensive Care Unit as predicted by the surgeon. Mum happily followed, and Raied is now recovering in ICU with her by his side. Thank you for your prayers.