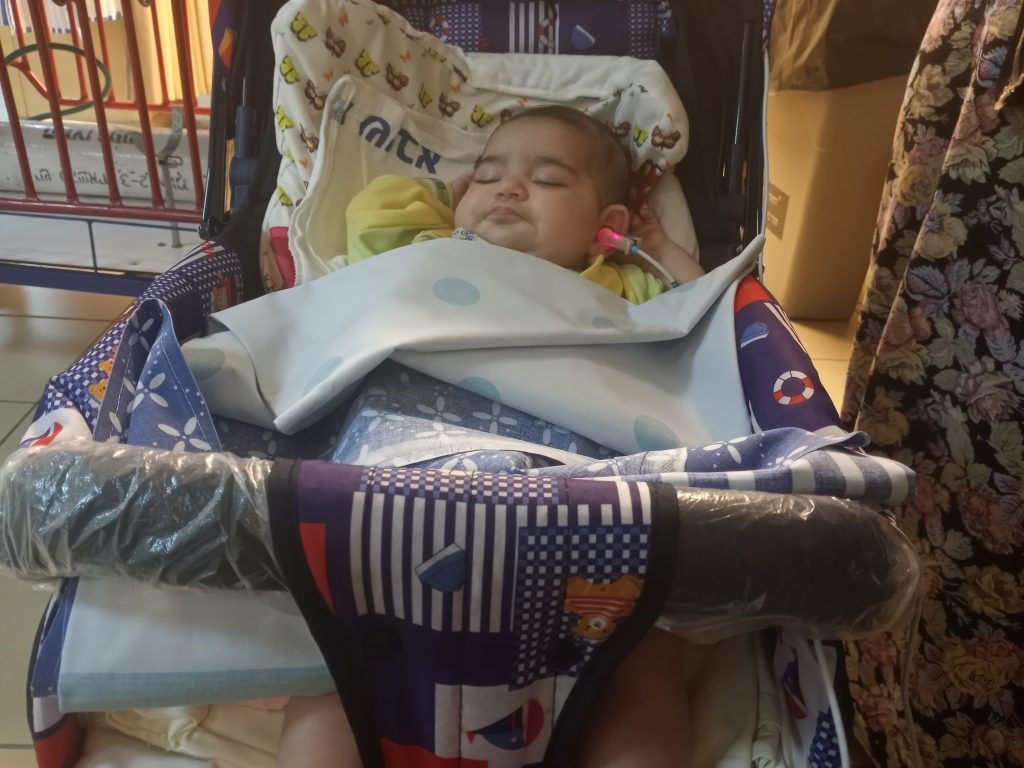 This weekend Lava and her mother were visiting in Jerusalem. On Saturday morning, Lava’s mother called to say that Lava had been crying and nor drinking milk from the middle of the night. Moreover, she sent videos of Lava’s breathing which was very labored and had a wheezing sound. 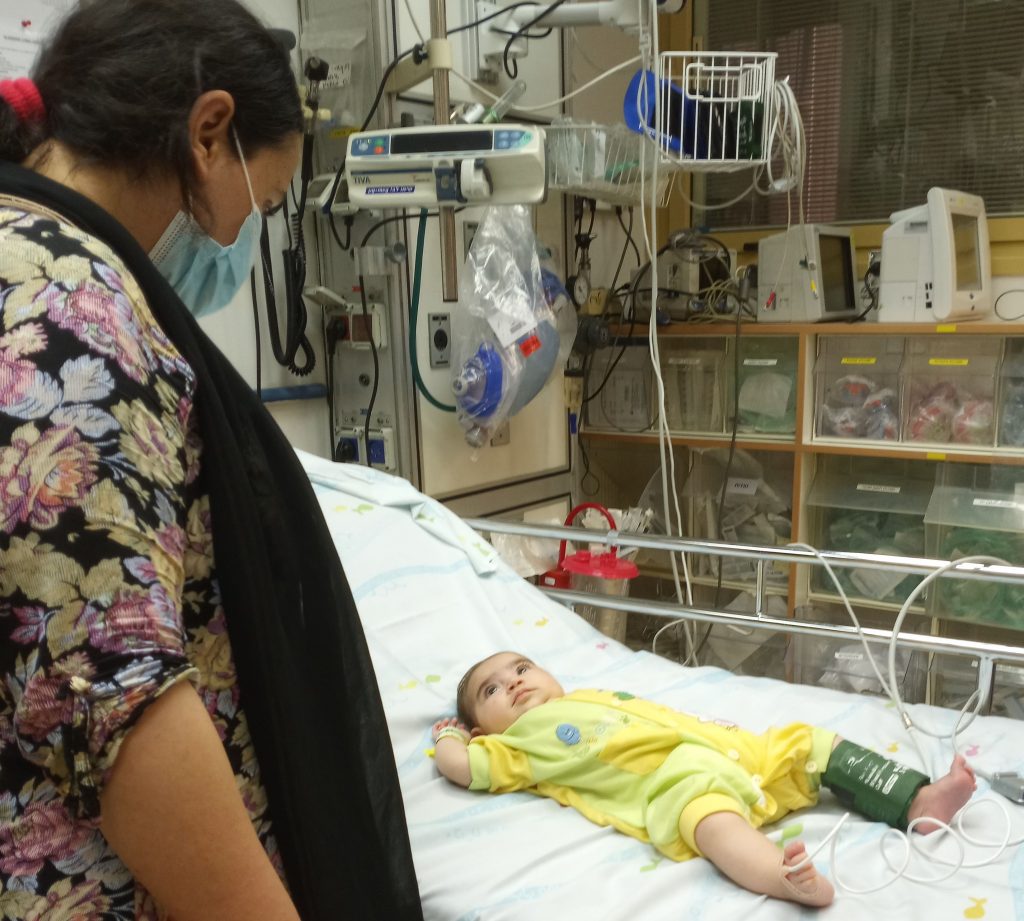 Co-worker Georgia sent this to the doctor  at Sheba hospital who had discharged her, and she said to bring Lava to the ER. They saw that she needed a bronchoscopy to open her airway. She was scheduled to have this procedure last week, but it was postponed; they did almost exactly the same thing in this bronchoscopy as they did in the last one during her hospitalization. However, the issue isn’t fully resolved and she may yet need to come back for a procedure with balloon dilation. 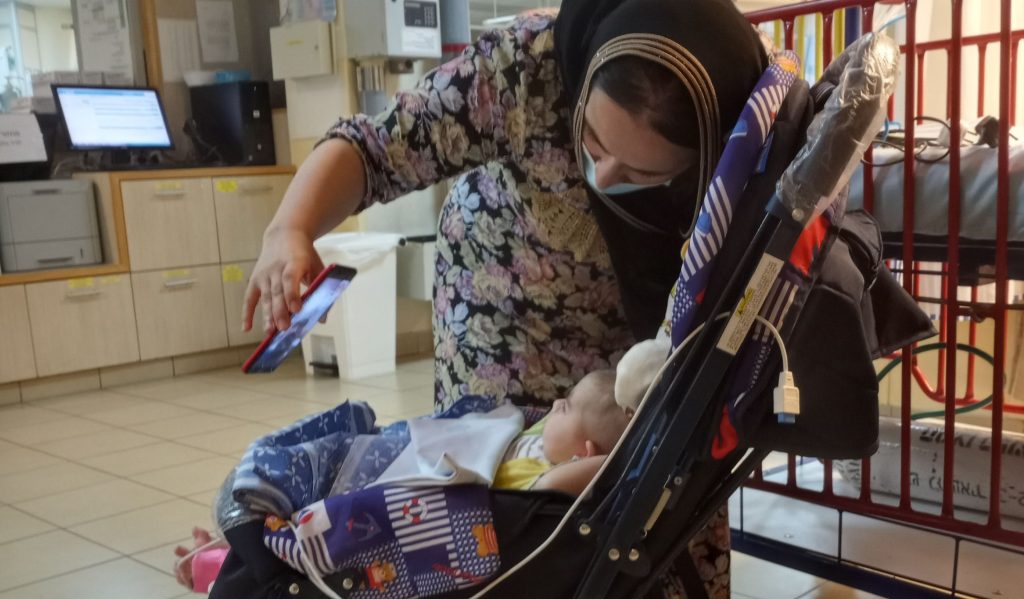 Throughout this harrowing situation, Lava’s mother was her rock. She has a soft and beautiful heart and is at the same time really able to endure so much. After the procedure Lava was much better, and so now we wait to see how she will be in the coming days.