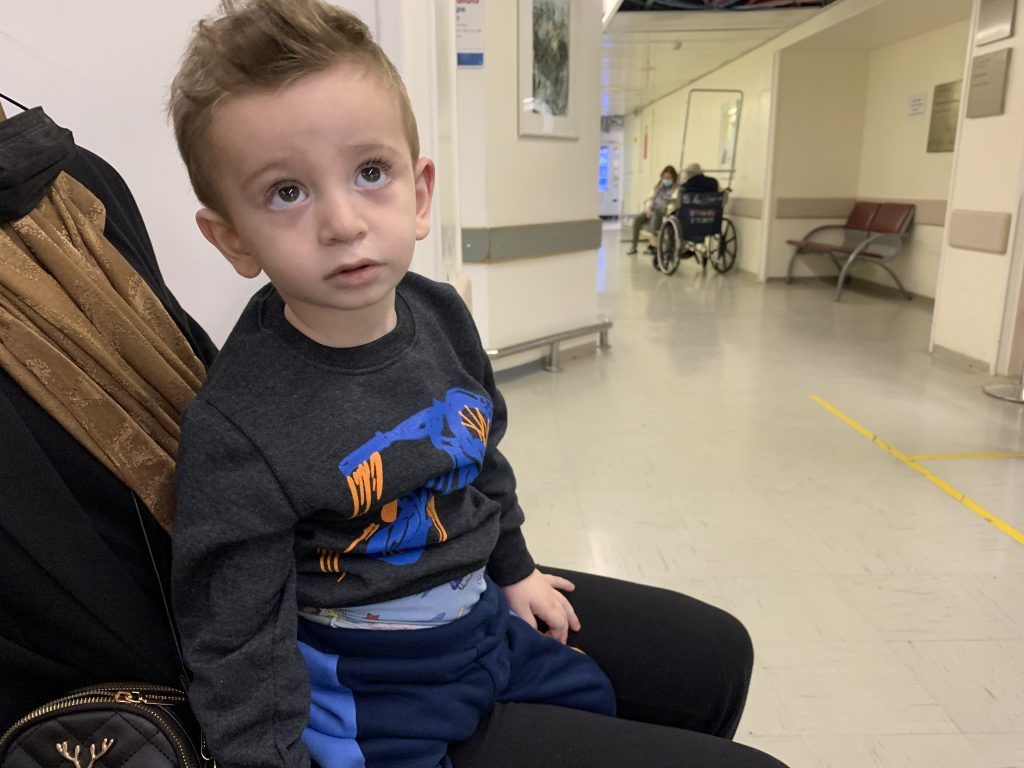 Yesterday and today was a very nice time with Wael and his mother. I picked them up at the Erez Border crossing and we drove to the Jerusalem guesthouse for one night. We spent the afternoon together playing and walking in Jerusalem. Wael’s mother was very happy to see the mosque. When Wael went to bed, his mother and I chatted on the terrace. We could have real conversation although we used a translation application on the cell phone most of the time. It felt like talking to a friend already, because she is my age. 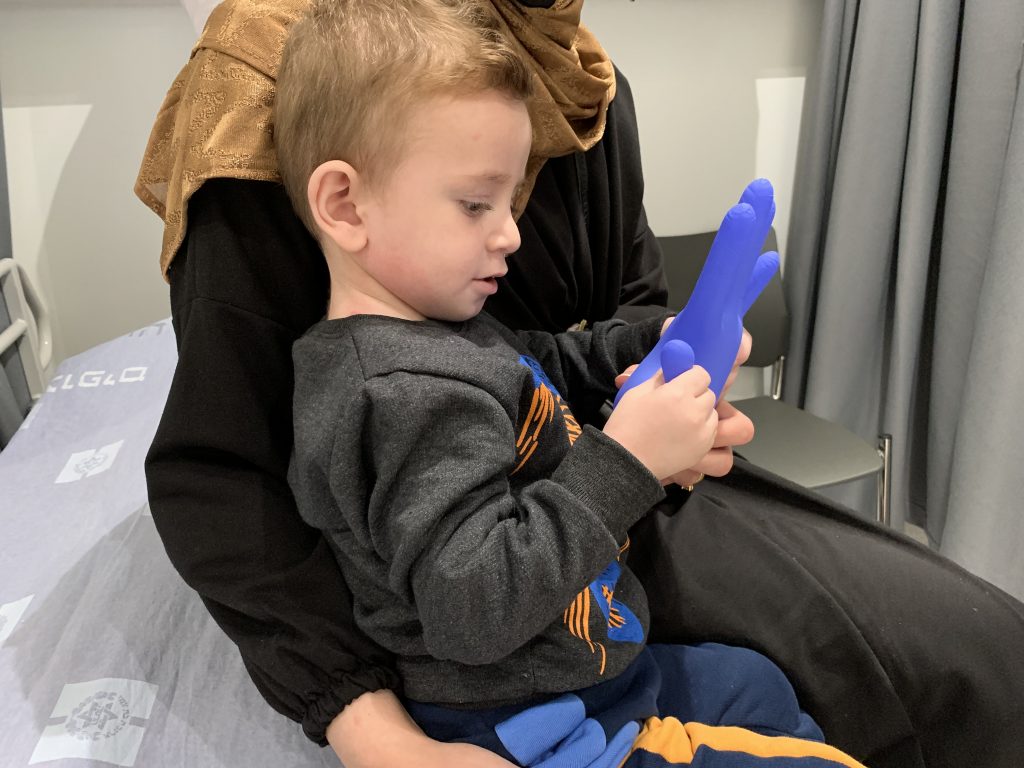 The next morning, we went to the Hadassah Mount Scopus Hospital in Jerusalem. Wael was supposed to have a CT-Scan, but at the beginning there where some misunderstandings and problems, so that we had to wait for a long time. Although it felt not that long because we stayed in touch with the friendly staff of the hospital. It was a blessing being there because everyone was so helpful and nice to us. Also everything was in the perfect timing at the end. Praise God.

Wael was very impatient of course, because he was fasting during the waiting time for the CT-Scan. In the recovery after the scan, they cared for Wael very nicely. 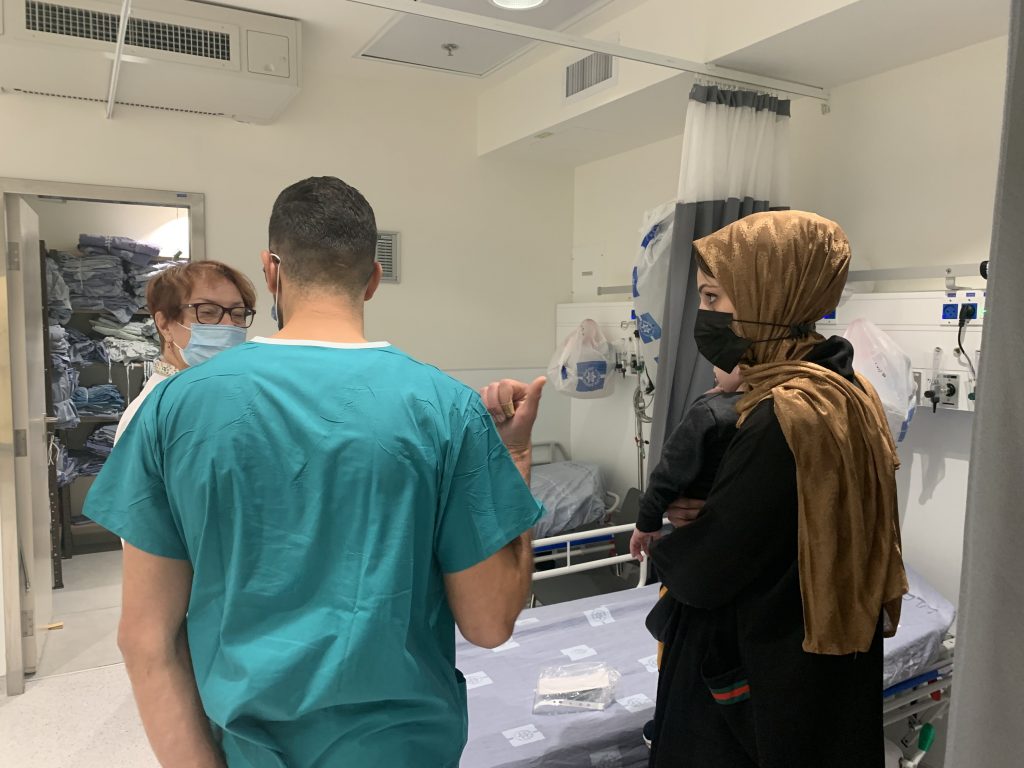 After breakfast, Wael’s mood was even better, but still tired because of the anesthesia. Wael smiled at us and waved at me many times later. Although he knows me not that long, it was nice to see him trusting me. One time, when Wael and his mother went to the bathroom, he waved at me until he disappeared behind the corner and couldn’t see me anymore. 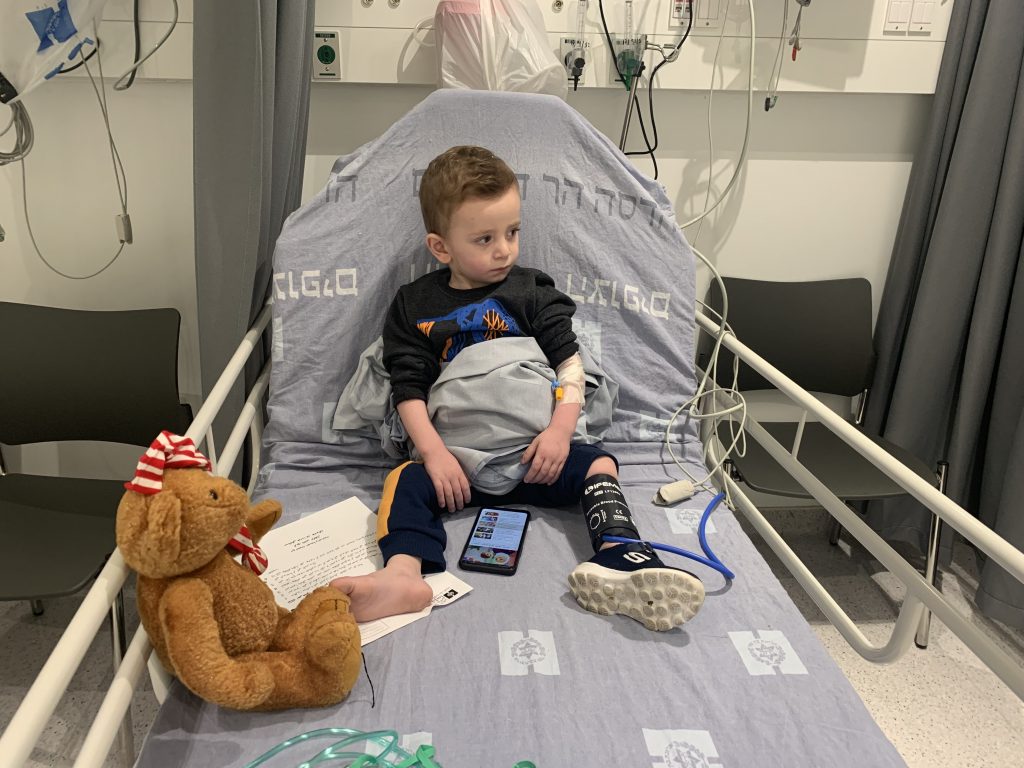 After this long day, I dropped them off at the border crossing and looked back at two wonderful days. My highlight was when Wael’s mother told me I’m doing hard work and that God is helping me and He will guide me through.

Now we are waiting for Wael’s next appointment. Please pray for good health for Wael.