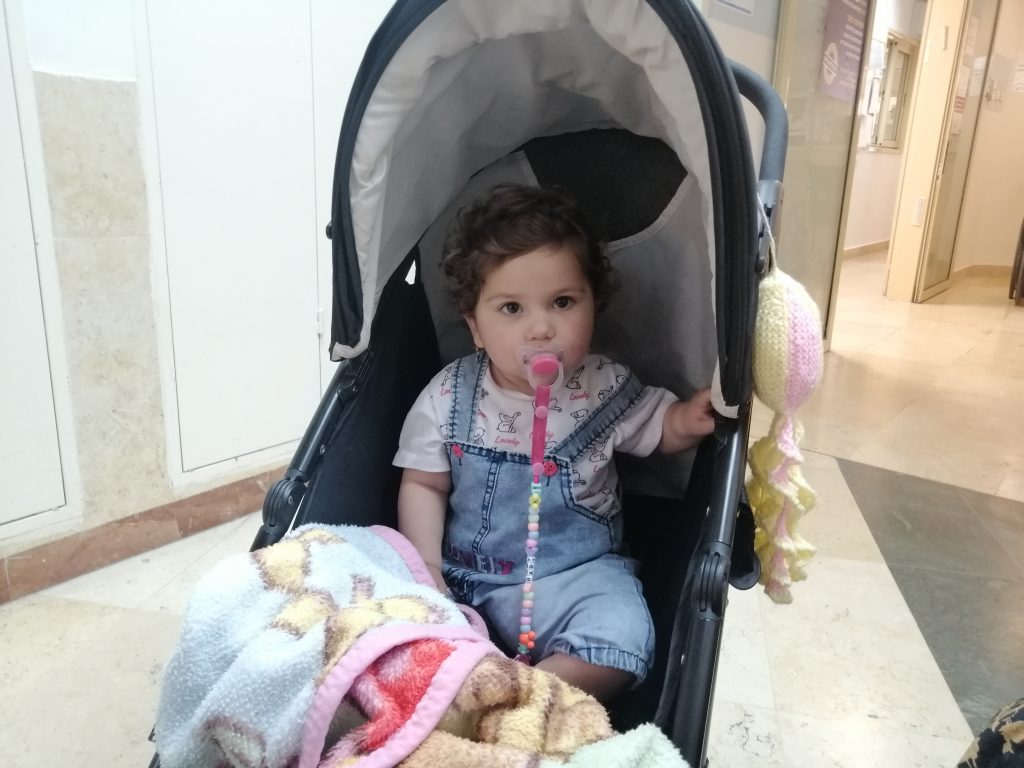 Samaa’s mother brought her over to our community house last evening, worried that her oxygen levels had dropped, as Samaa looked blue. As she sat down carrying Samaa, we noticed that she seemed to be finding it difficult to focus on things which were offered to her, she was agitated and quite floppy in her body. We checked the oxygen levels which had dropped to around 25%. However, as her mum held her closely, she started to become more alert and ‘her usual self’, and after maybe a single minute, Samaa’s oxygen was back up to within her normal range. She stayed in a good condition through the night, but in the morning, her mum was worried again about her as she cried, so we brought her into the hospital.
Samaa was due to have surgery fairly soon, but as it seems that her condition might be deteriorating a little, the hospital staff hope to push her surgery forward to this week. It’s been a very long wait for Samaa and her mum for their room at the hospital today, but they will be sharing a room with Salwa, another Kurdish child.