Today was the first appointment for Ahmed at the Sheba Medical Center. We drove from Jerusalem to Tel Aviv, because they have been visiting in our Jerusalem Guest House. Ahmed’s mother was ready to leave for hospital an hour before the departure. 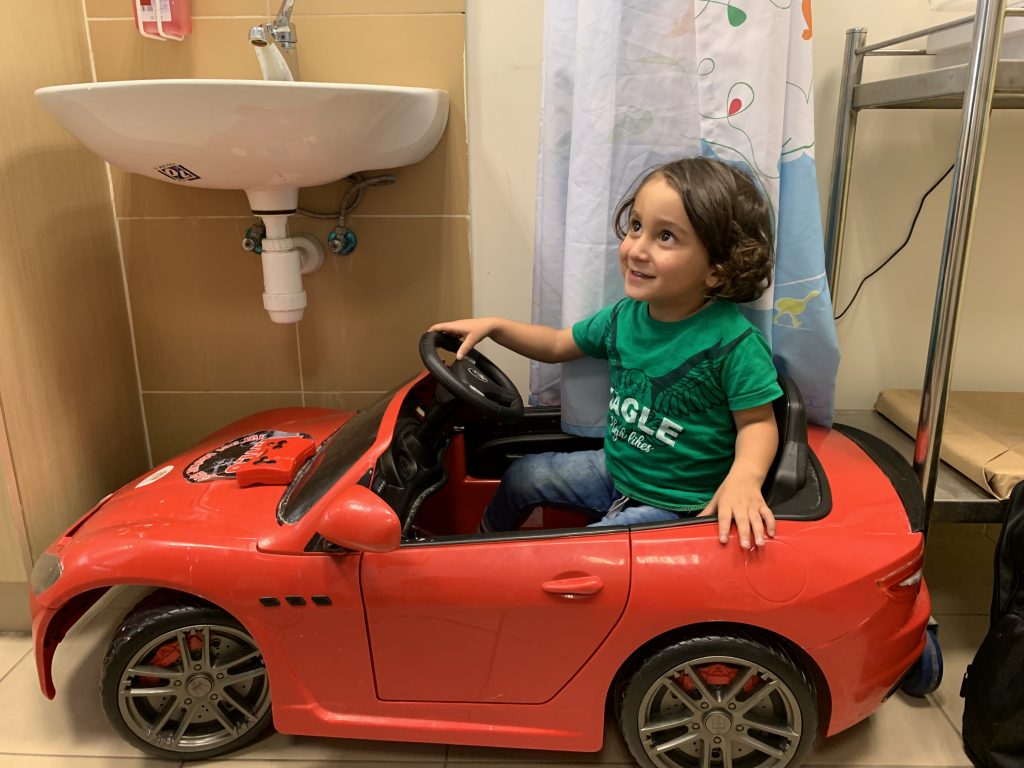 Ahmed began today with an echocardiogram. 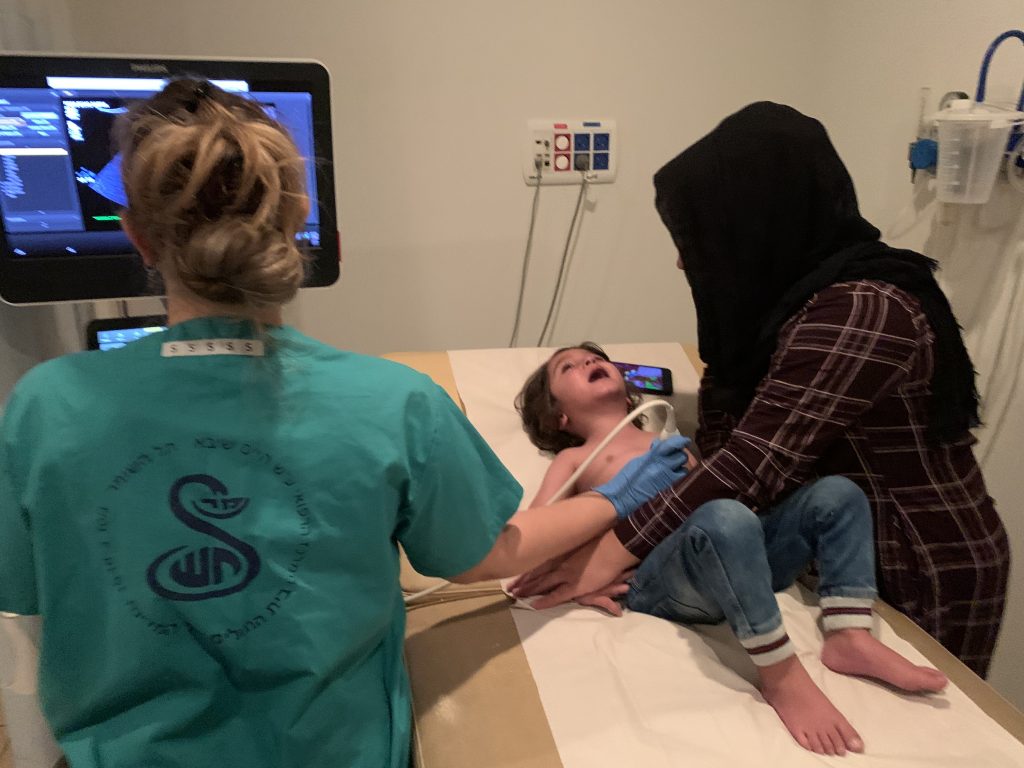 The doctor recorded Ahmed’s weight and oxygen level. It‘s very hard for Ahmed to get used to these appointments however, and he cried a lot. Please pray that it‘s getting better. In one room is a little car, and Ahmed was impressed. He sat in the car as a reward after the assignment. 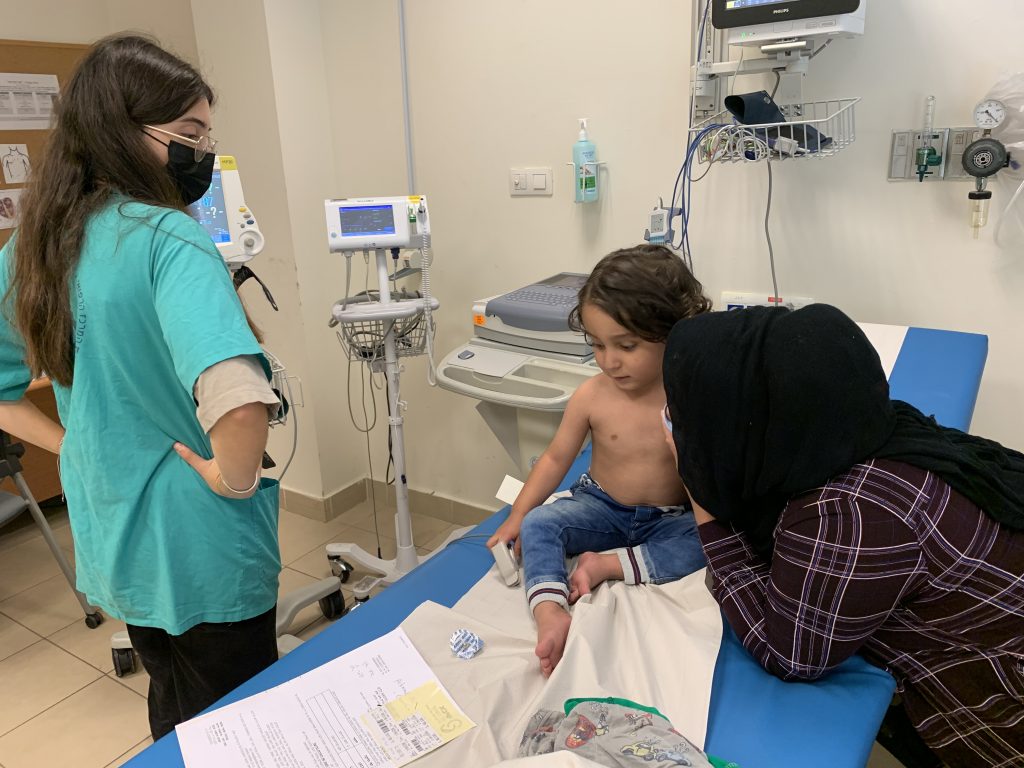 Co-worker Julio came along and was able to translate from English to Kurdish. He explained to Ahmed’s mother that the Doctor wants Ahmed to do a CT-Scan and they will decide afterwards about the next steps. If Ahmed’s heart is in the right condition, they would do a surgery. Otherwise the doctor prefers a catheterization. 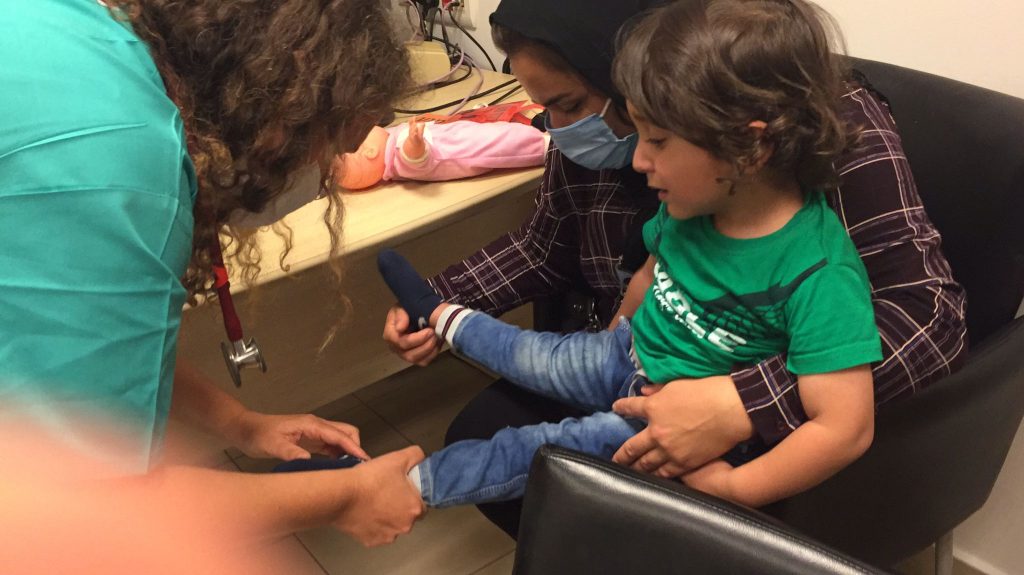 His mother was also told that Ahmed is growing well and that he should continue taking the medicine which he has been taking during this past year. Before we went back to Jerusalem, Ahmed had an X-Ray. 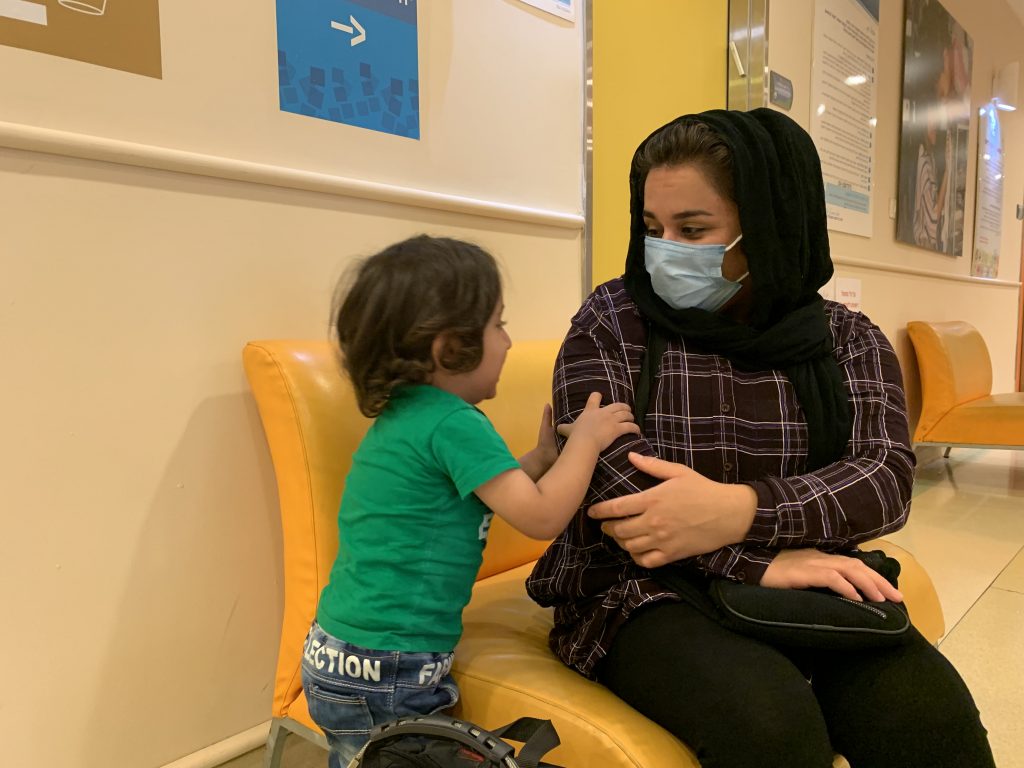 At the end of this visit, Ahmed was more calm walked through the floor with his mom, watched some videos and slept. A mother who was also waiting for an assignment, talked to the mother of Ahmed. I think it was very nice for Ahmed‘s mother to feel comfortable in the new surroundings at the Sheba hospital. She could also meet some volunteers and parents she knew from the Shevet Achim community house.