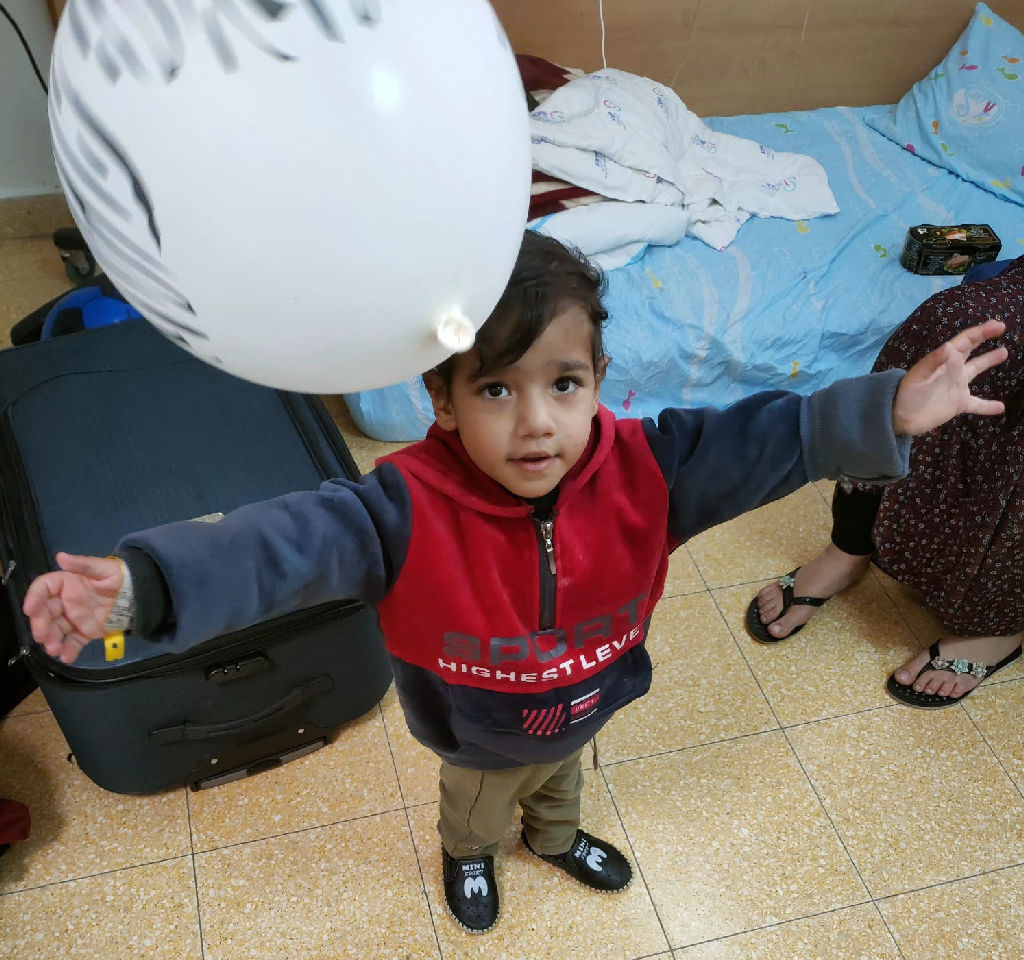 Today we visited Ahmed and his mother in the rehabilitation ward of Sheba Hospital. Having started rehabilitation now, Ahmed is doing well and he is walking now!
The only thing that is not so good is that he refuses to eat normally still, and that’s the point that they don’t yet release him. The doctor said Ahmed has to eat normally before they let them go home. It’s much better for his heart if he is able to eat what his mother prepares.
Also, Ahmed’s talking has to improve more. He tries to talk now and wasn’t before, so there is at least a bit of improvement there. Amed’s mother wants to go home now but will still have to be patient.
Let’s pray that Ahmed’s improvement will go on and that they soon can go home, the best place to be for both!