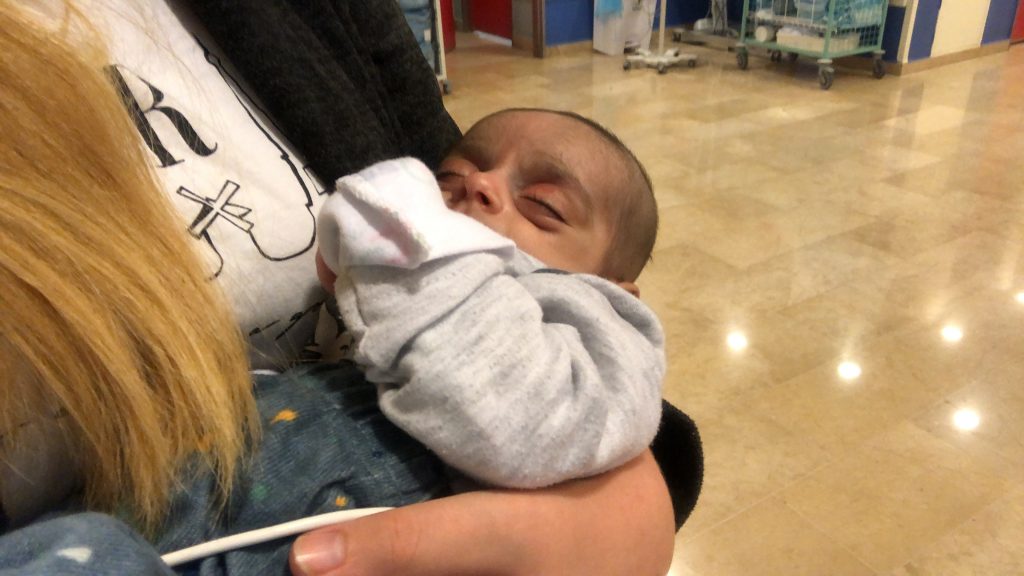 After having an echo at Sheba Hospital yesterday, doctors today decided that Kamel will need another cath before he will be able to return home. He still has some bacteria in his blood which is why the doctors still want to wait a little longer until he gets his next cath, which won’t be until next week. His doctor also told me that at some point he will need a central line.

Later in the afternoon I met Kamel and his grandmother outside the ward in the hallway and was really happy to see them. When his grandmother went to get his milk, I held Kamel for the first time and I just then realised how precious he is and how beautifully God created him. I was overwhelmed by Kamel’s cuteness and how he looked at me with his big eyes. Just a few minutes later, he fell asleep in my arms even as I fed him his milk. In the end I brought him back to his room in the pediatric ward to let him sleep in his bed. I was so thankful today that we can leave him in Gods hands and be sure that he has a good plan for him.

Let us pray for Kamel and his next cath, whenever it will be.