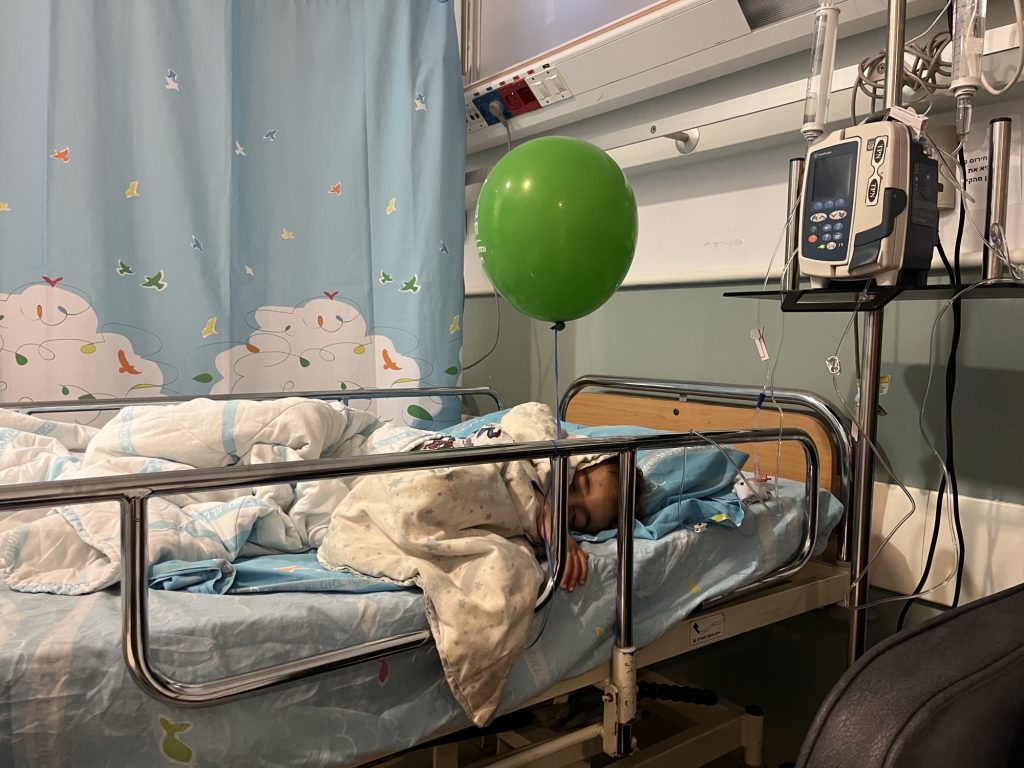 I met San’s mother today in the hallways of Sheba Medical Center when she told me that she really wants to go back to our home in Ashdod with us today. I asked the doctors when San could be discharged and had to disappoint her with the doctor’s answer.

After his hospitalization on Monday when he threw up and felt sick, he was admitted to the pediatric clinic at the hospital. There he was treated with medication for his virus which helped him improve. San was already smiling at me today, but he still feels a little bit sick. His doctor told me that they want to keep him here until at least tomorrow to make the echo that he needs before his heart surgery without having to make another appointment for him to come yet again to Sheba.

Let’s pray for San and his mother that they will feel comfortable to stay another night in the hospital and for his echo tomorrow.