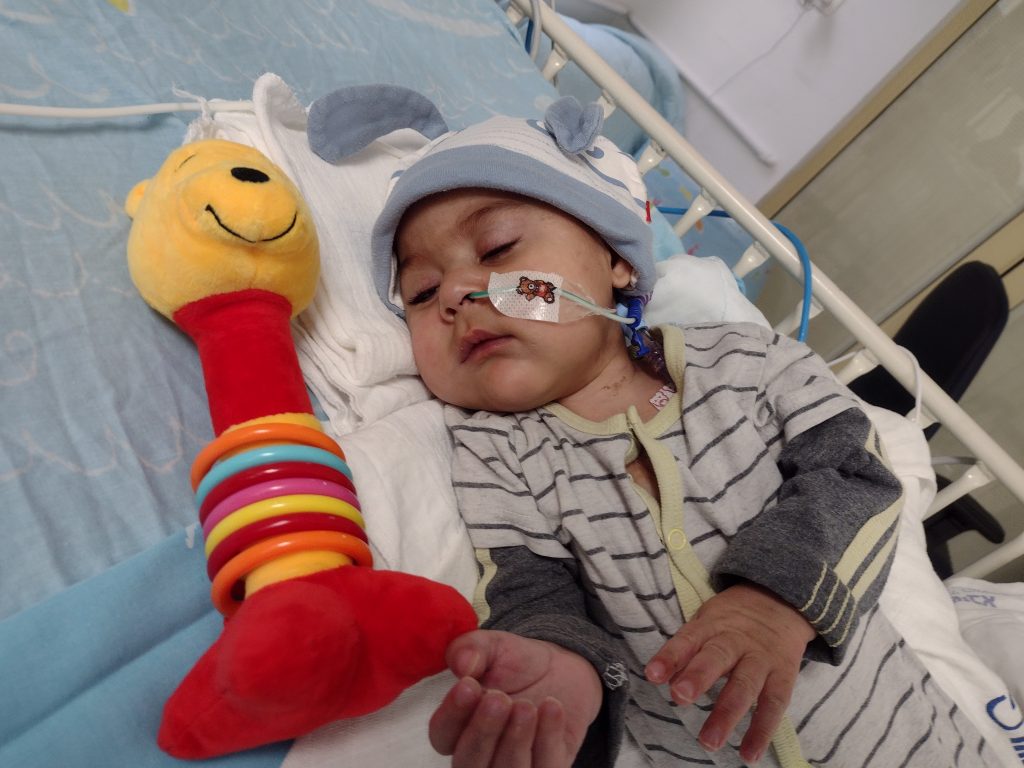 When coworker Elisabeth and I visited Kenan at Sheba Medical today, his mum was standing next to his bed. She was really happy that he opened his eyes a little bit. 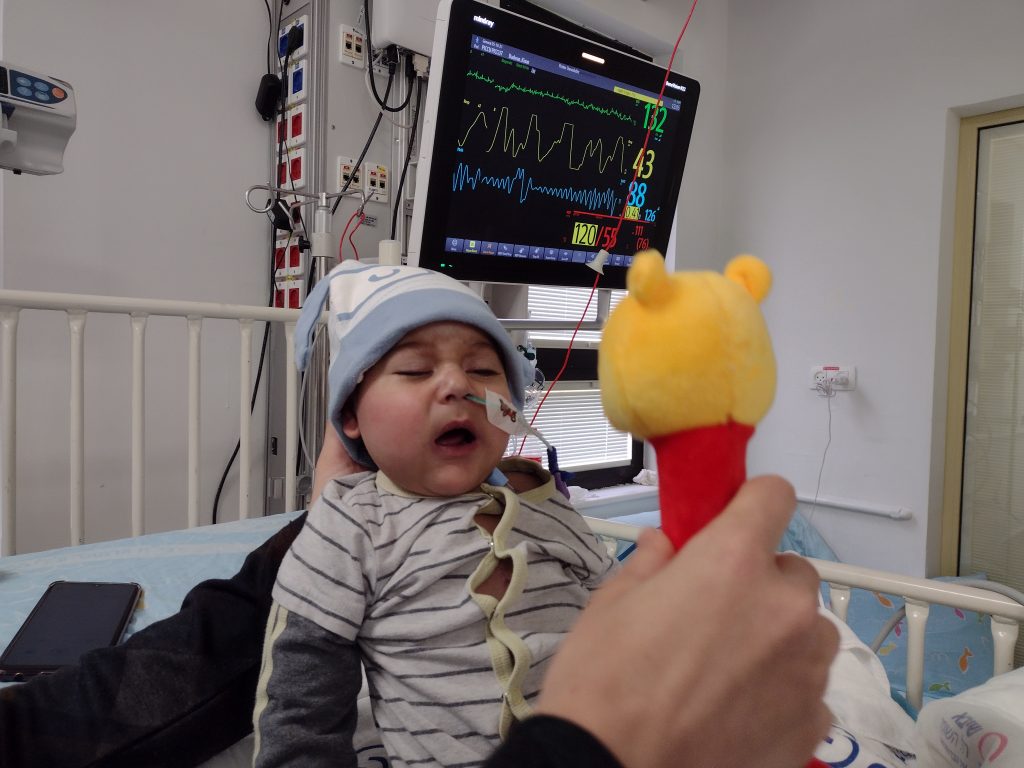 The doctors said that his cardiac situation is good, that also his lungs are improving and that he is off of oxygen. But now they are mostly concerned about his neurological state because he is not waking up well.

The brain scans showed mild atrophy of the brain which is quite common and doesn’t have to be permanent. He may also have had some epileptic seizures, but there is no clinical confirmation of this. That’s why they recommended a brain MRI and EEG to find out more.

Let’s pray that the doctors can find the best way to treat him!