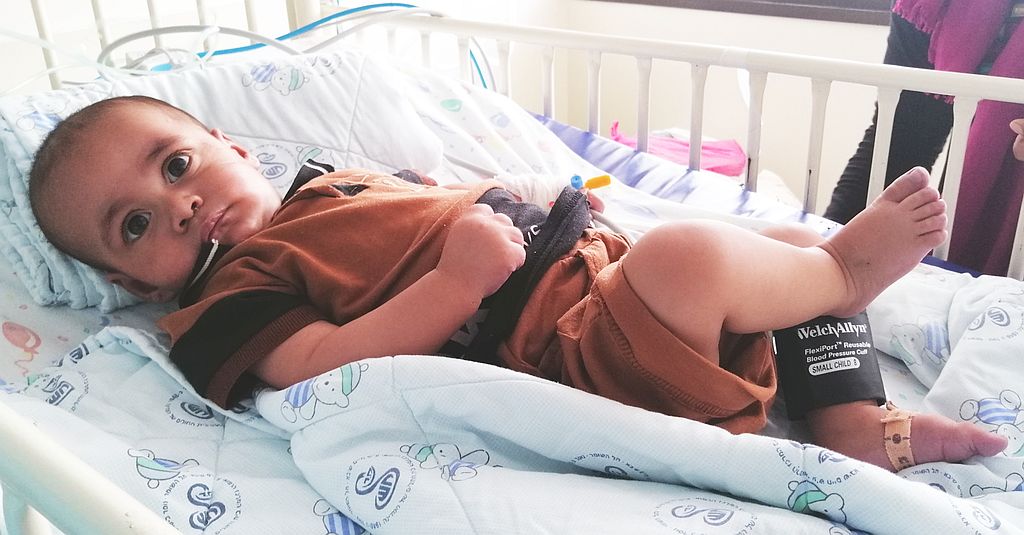 The doctors decided to discontinue a medication called Clexane, as they were able to find a pulse in his foot, meaning that the blood is flowing properly around his leg.
We had a good chat with his happy mum. She has had two other children with cardiac conditions; she feels familiar with being in a hospital setting. She explained to us that she recognised that Jalal had heart difficulties soon after he was born, as he was blue. Thank God that he has grown well and looks quite healthy despite his low oxygen saturation.
We were able to say goodbye to them, as the nurse came to transfer him to the regular Paediatric Ward.