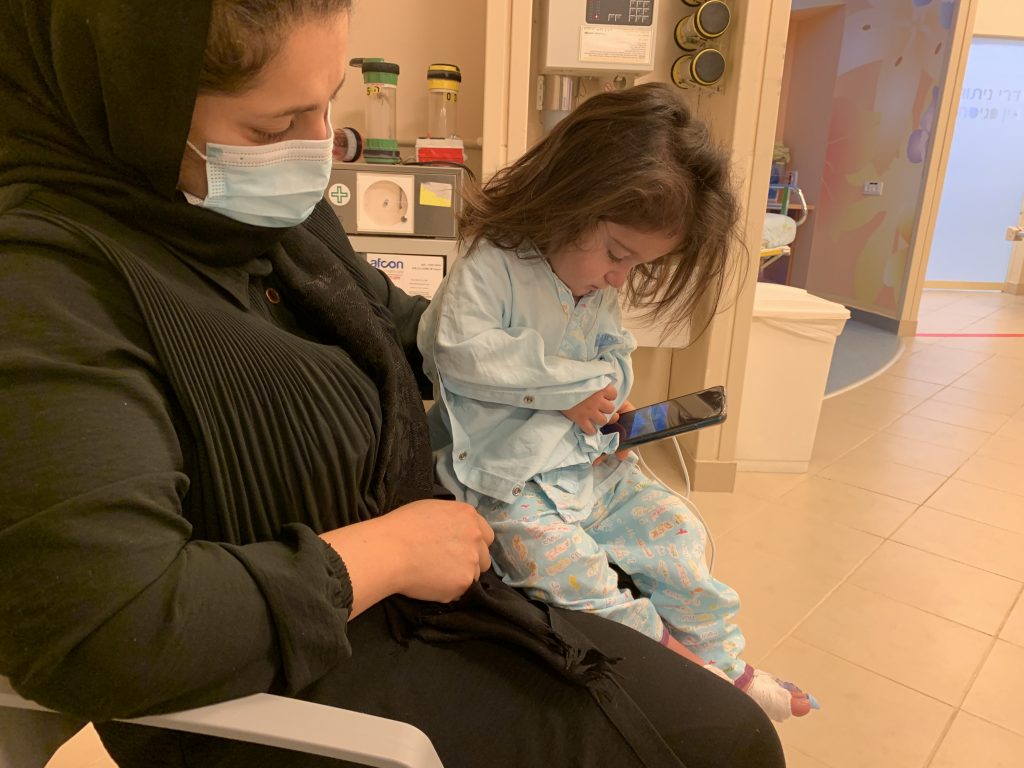 This morning in Sheba hospital, the surgery of Aurfa began at 8:30 am. Aurfa’s mother was very worried. Both she and Aurfa were in tears. Aurfa played with the phone in order to calm down. Aurfa’s doctor told us beforehand that today’s surgery would be a very complicated one and could take a lot of time to complete.

While we waited, it was an up and down of feelings. Sometimes we laughed, and sometimes Aurfa’s mother cried. We were happy about some visits by other volunteers or from other Kurdish moms who were also in the department. Although I’ve yet to learn Arabic, Hebrew and Kurdish, I still feel as though I spent a valuable time today, and learned that communication is not only about speaking. 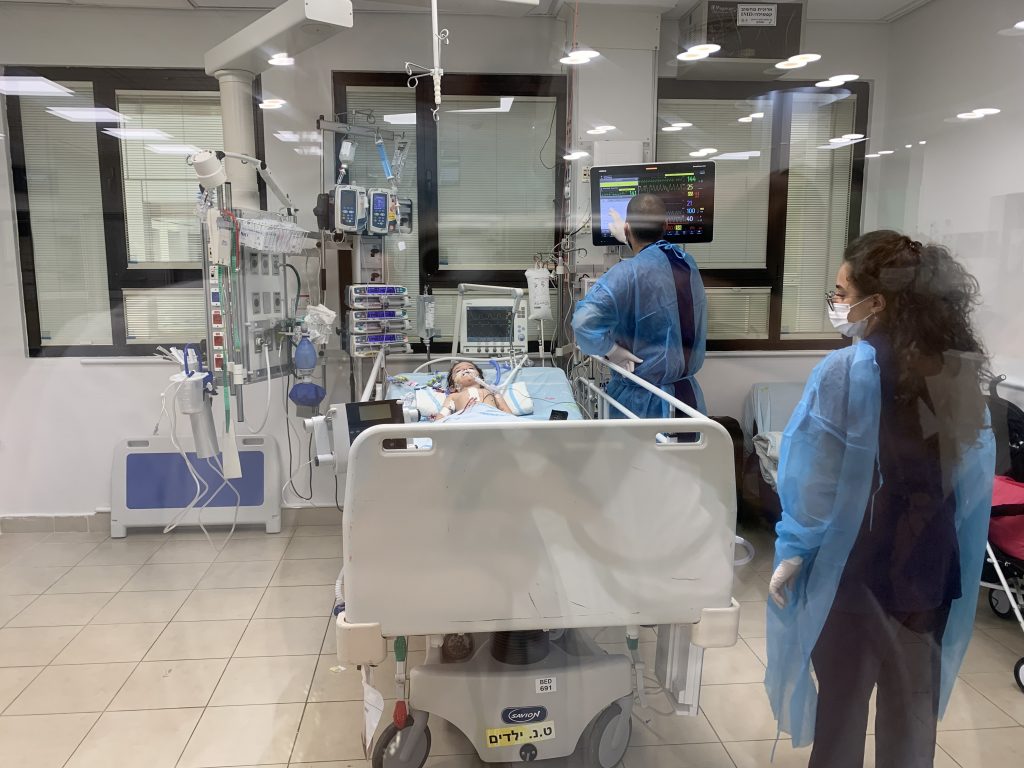 After about five hours of surgery, we were told everything went well. Thank God! Aurfa’s mom asked the doctor specific questions about Aurfa’s condition, and showed a lot of interest. Now, Aurfa is in the ICU with her mother.

Please pray for a good recovery for Aurfa and for peace for her mother, because everything is yet new for her.