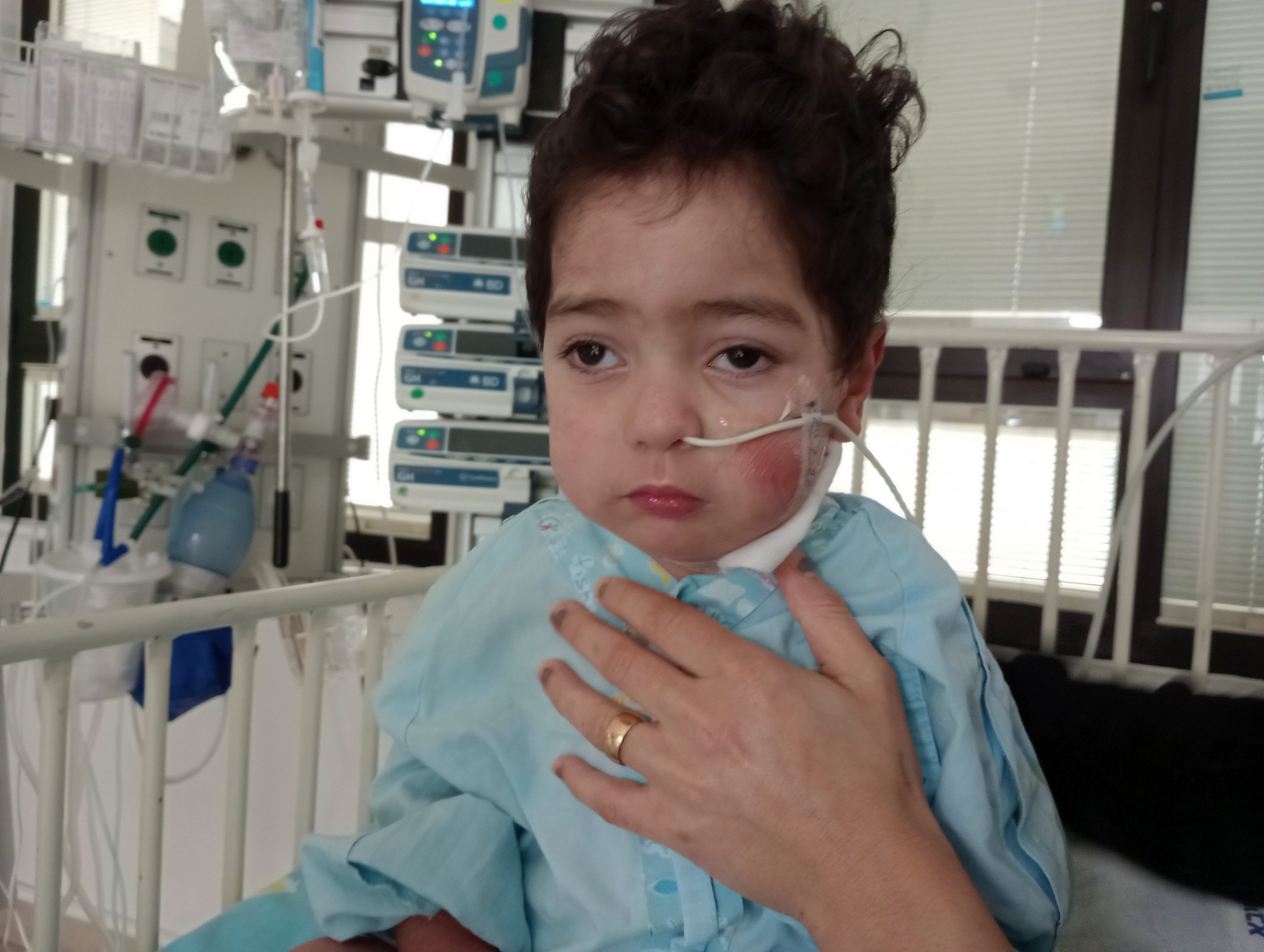 Today was the first time after his surgery that I saw Sohaib a little awake. His mom was helping him to sit up a little bit and he looked much better than the last time I saw him.

But still he is not really alert and his doctors are a little concerned about this. He doesn’t react to someone saying his name or to his mother. The only thing where I could tell that he is at least a little bit realizing what is happening around him was when his mother showed him some videos and he was following the phone with his eyes when she moved it. 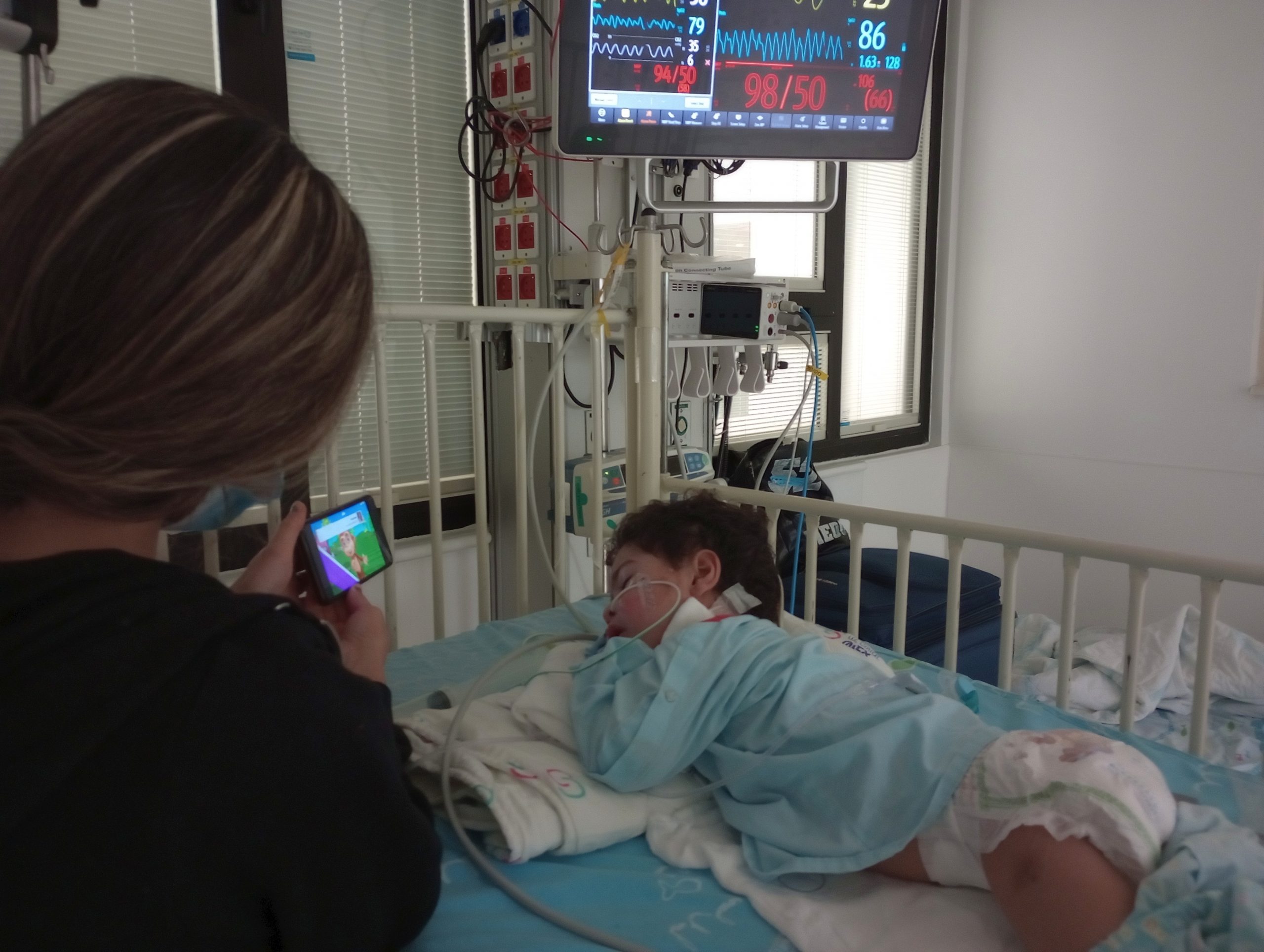 The doctor think that all of this could be because he still gets so much medications. So for the next time they plan to reduce those and watch how he reacts to that.

Thank you for praying for our Sohaib and that he will improve soon!