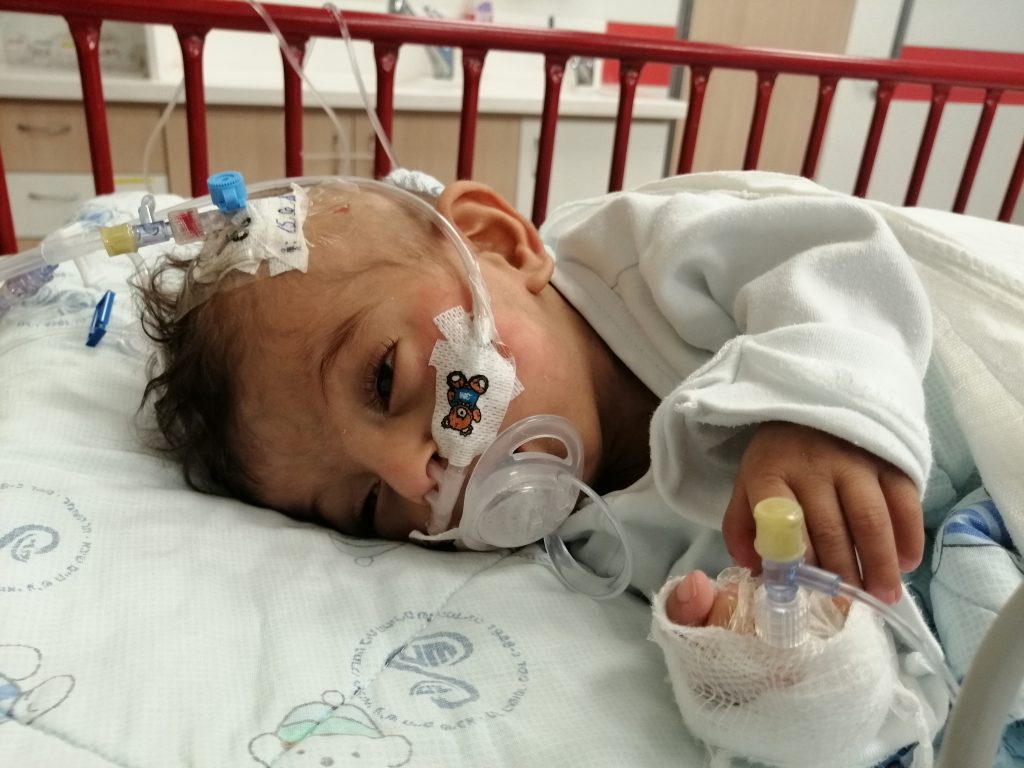 It was a surprise to see the father of Mohammed today in Sheba hospital’s 6th floor pediatric ICU. I thought perhaps he was visiting a friend, but instead he told me that Mohammed had been transferred up there yesterday. He described symptoms of Mohammed’s body being swollen, and his oxygen levels being low. 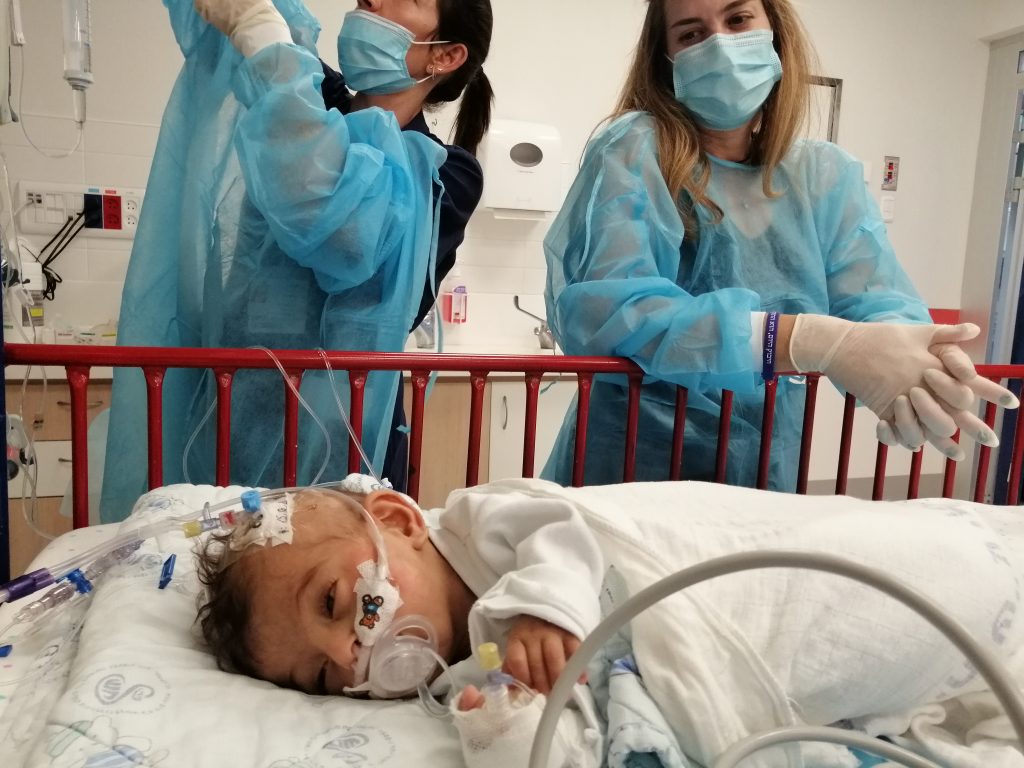 Today he had improved, but was still struggling with his oxygen. Mohammed had a visitor from an Israeli organisation, who comes to spend time with the children and to give a little break to the parents who are long-term in the hospital, maybe to go outside of their hospital room for a bit.
Mohammed’s dad is speaking and understanding Hebrew after his many months here, and knows very well about the complexities of his son’s condition and has learned how to handle Mohammed and orientated the visitor expertly and kindly as to how to hold Mohammed, and where to avoid his PEG and various cannulas.
He is torn between the desire to return home to Gaza and his concern that Mohammed is not in a reliably stable enough condition to leave the hospital. Little Mohammed is very sensitive and the slightest change or illness can really knock him off course.
Please pray for this sweet baby and for his future.