The day for little Abed and his mother started early at eight this morning, heading for his surgery. The surgery took about five hours. His doctor said the surgery was successful and they fixed his heart problem, but Abed is having another problem with his lungs which may require time to improve.  Therefore they want to do a bronchoscopy for the little boy in the next few days and see how he is doing.
His mother is a very lovely woman and we had a nice time waiting during surgery together because she speaks English well which made it much easier for me to communicate with her. She was fine during the waiting time. We went to one of the shops in the hospital because she wanted to buy some things she needed which she couldn’t bring with her from Gaza. 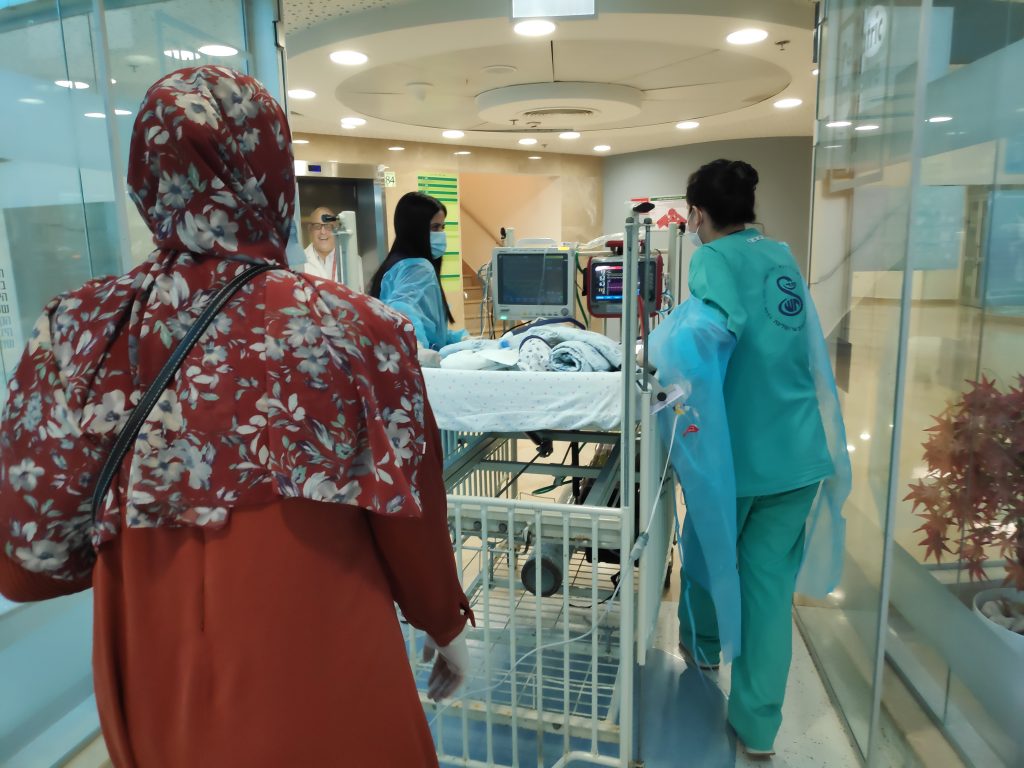 After Abed’s surgery, he was taken back to the ICU. It took the medical staff there quite a long time to stabilize him. His mother handled this waiting time very well also. Other Kurdish families in hospital came to her side and encouraged her.  In this time also, co-workers Alena and Georgia joined us and we really had a nice time together, talking to Abed’s mother and getting to know her more. When she could finally go inside to see Abed, she said, “thank you for waiting with me; you are very tired, my sister.”
It was really lovely to be called sister. Yesterday we were practically strangers to each other and after  today, we are like sisters. It was a very nice gift from God that he let us know each other and we can learn to love each other so quickly.
Your prayers are much appreciated for little Abed.