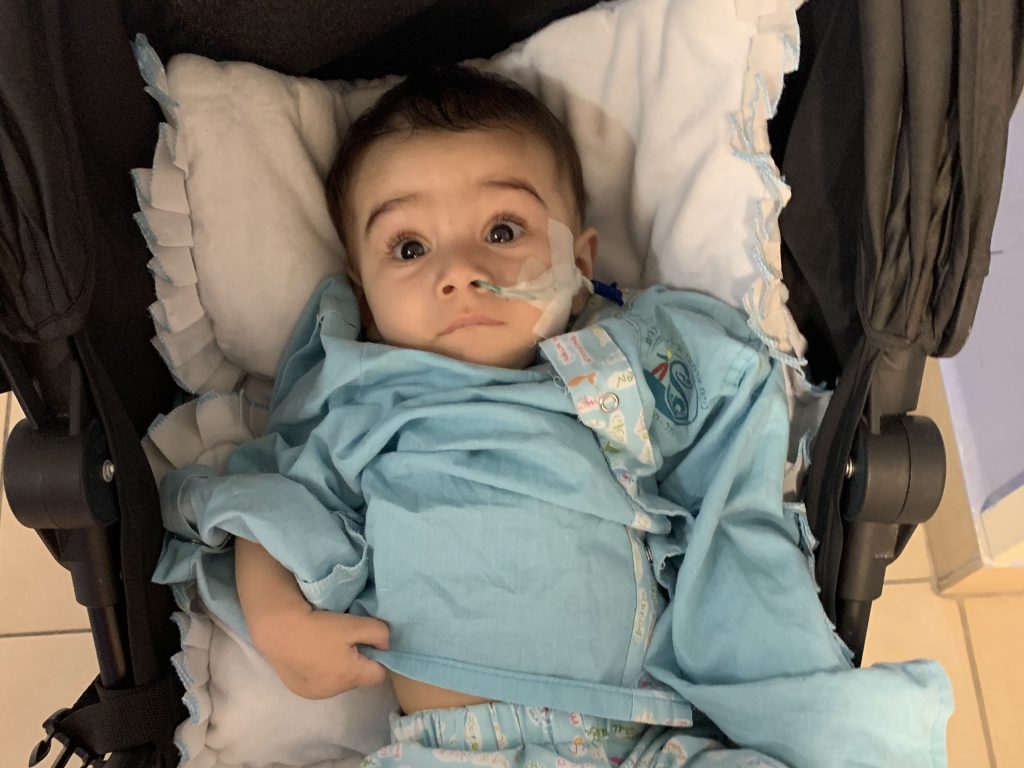 Rawen had a catheterization done today at Sheba hospital; results will assist in determining the next steps. The waiting time for this appointment was worth it. 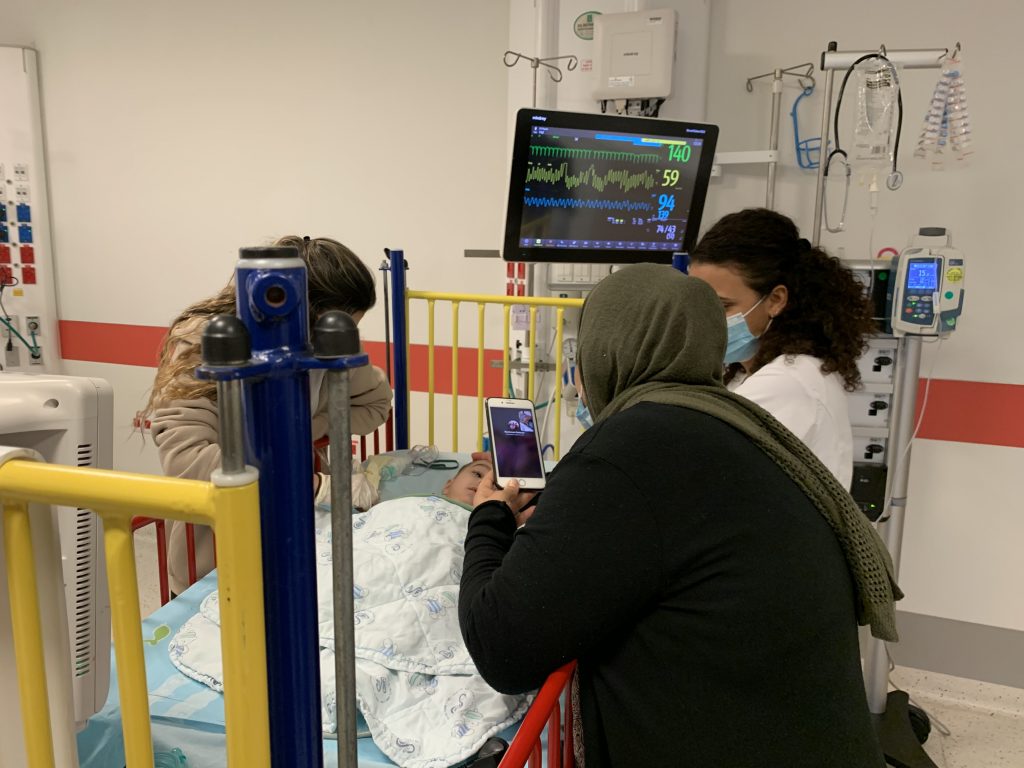 In general there were no complications. The doctor detected three problems of the heart, which will be repaired in surgery. It was also observed that Rawen’s heart pressure is very high. In their next conference, doctors will decide about completing two surgeries or only one, which would be more risky.

I enjoyed the waiting time during the cath with Rawen’s mother a lot. We know each other from spending time together in Jerusalem and she can also speak a bit of English. 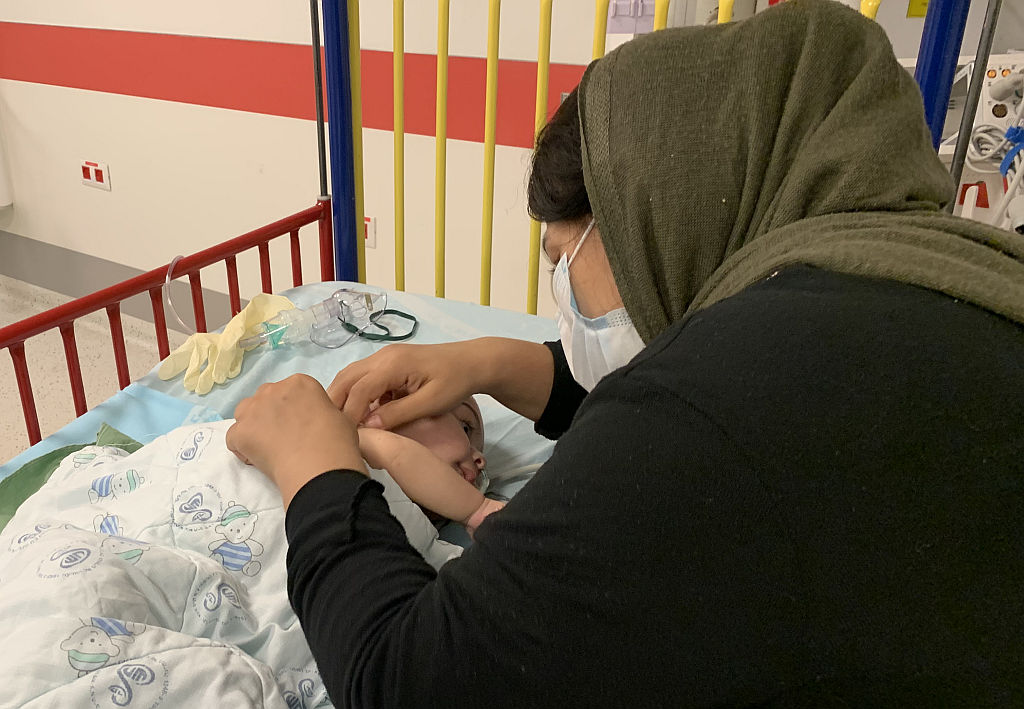 In the beginning, Rawen’s mom cuddled with happy Rawen and after leaving him, she cried a bit. Later she was less worried, because she called her family and friends. 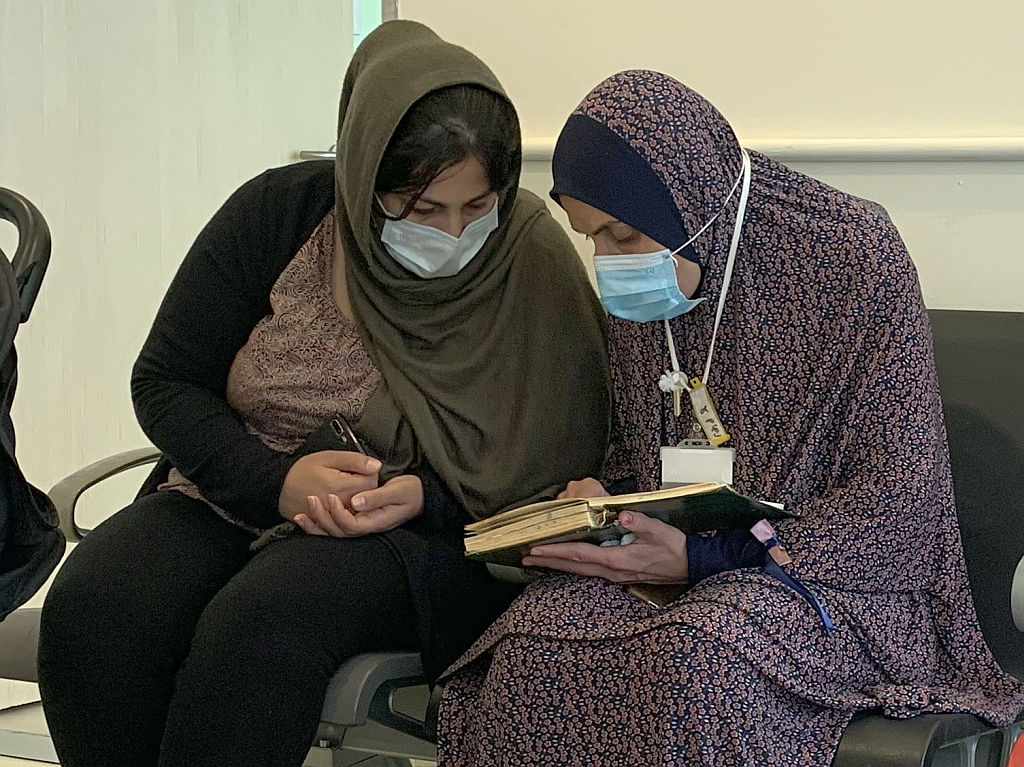 We sat in the waiting room with some other moms who have their children in the ICU. We had nice conversations and even laughed together, although the other moms speak only Arabic. I‘m always impressed by how much interest Rawen’s mother shows in everything, especially where she has the opportunity to learn something. So we learned a few Arabic words, which you might have guessed, made the waiting time fly by quickly. 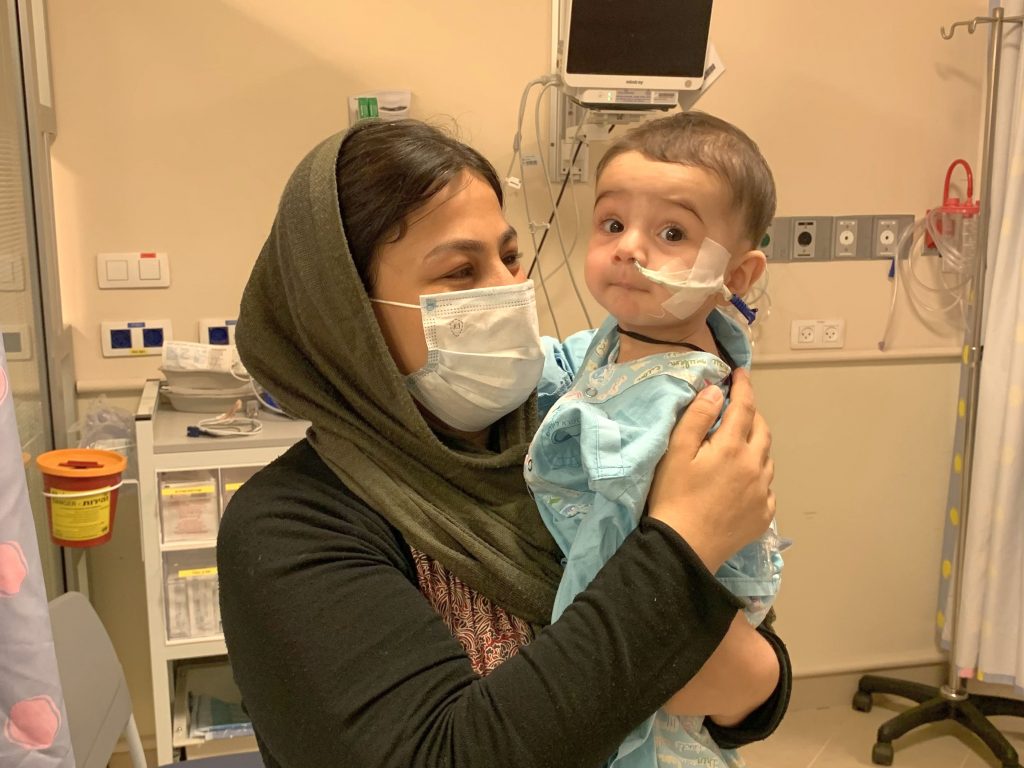 Rawen is now in the ICU floor 6 in Sheba hospital.  Rawen will be soon be discharged to the community house in Jaffa again until the appointment of his surgery.

Please pray for wisdom for the doctors, who will take the decision for the surgeries.