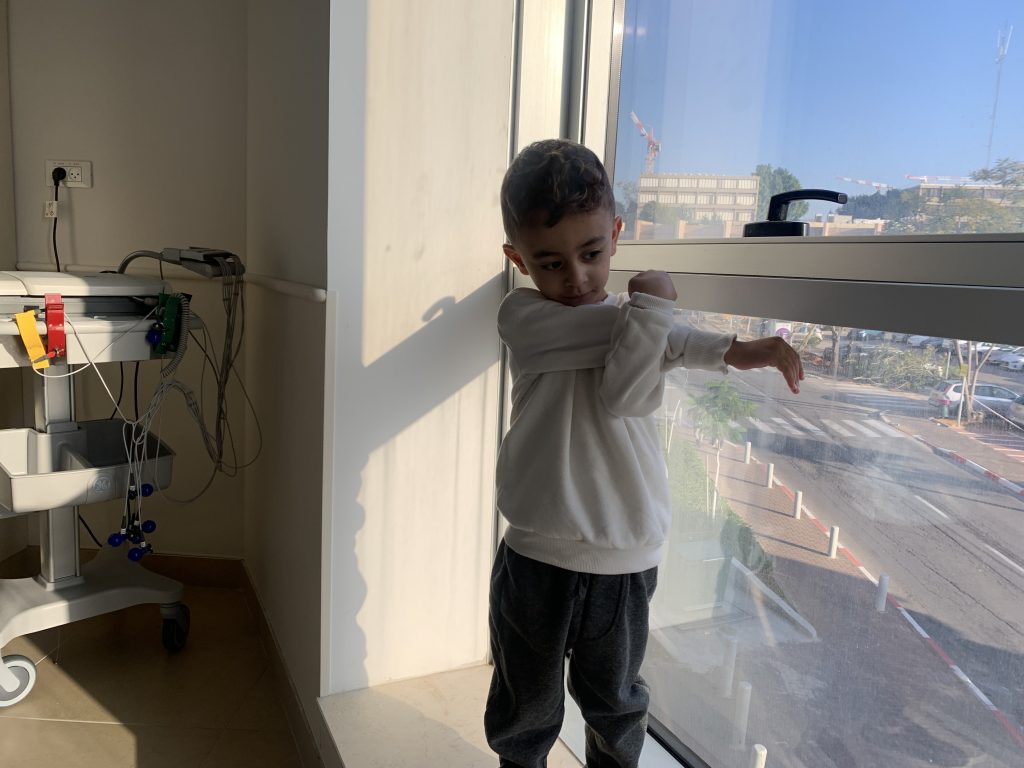 Today was an important day for San as he had his dental surgery. Without this, no heart surgery could take place because the risk of possible subsequent heart infection for him would be too high.
The admission to the dental clinic went smoothly. Shortly after the admission, we were called in and the preparations began. Oxygen and body temperature were again measured.
Then the doctor explained how the operation worked and that she wanted to try to save as many teeth as possible. After San changed into the clothing for the surgery, he went to the surgery room. His mom accompanied him. It was difficult for her to see her son like this. She was allowed to stay with him until he was completely stunned from the sedation. She came back to me with tears in her eyes.
As we waited, San’s mother showed me many pictures from Kurdistan and also of her family. The time went so fast and the doctor came with her report. Indeed the doctor was able to preserve many of the teeth, she was able to restore them. The doctor herself had not expected such results. What a blessing.

After the surgery, San was weak and in severe pain. Despite everything, he bravely held on to his cuddle blanket which his mother put in his bed. We had to wait some time until San was strong enough to walk. During that time I clarified a few questions with the doctor and was informed that San has to return in one week for a following up appointment to the dental clinic.
Thanking God for this successful operation. Praying for protection and healing in the upcoming days for San.