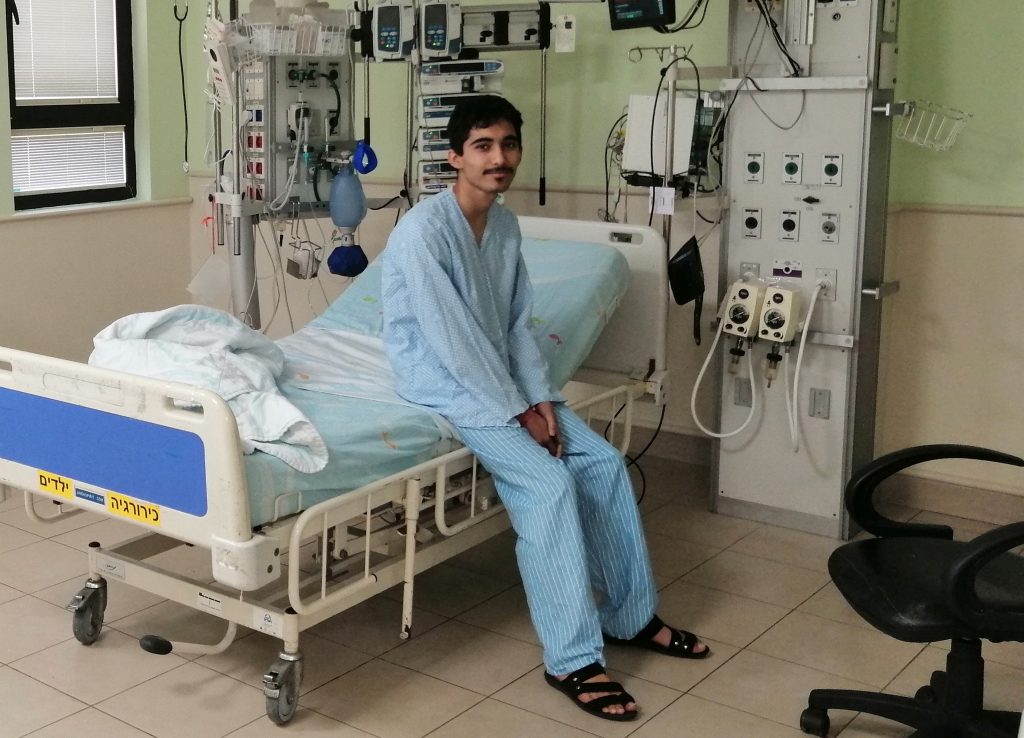 Knowing that the surgery was scheduled for 7 am, we arrived to the ICU early, where Imdad gestured at his hospital pajamas and laughed. It was good to see his personality undampened by the magnitude of the situation which lay ahead.
Imdad was taken into surgery to replace his aortic valve using his own pulmonary valve, which in turn was replaced. It was a big surgery, and we expected it to take over six hours. He bravely walked towards his new life, with his beautiful, strong mother watching as he left her care and into the hands of the medical team, and God. 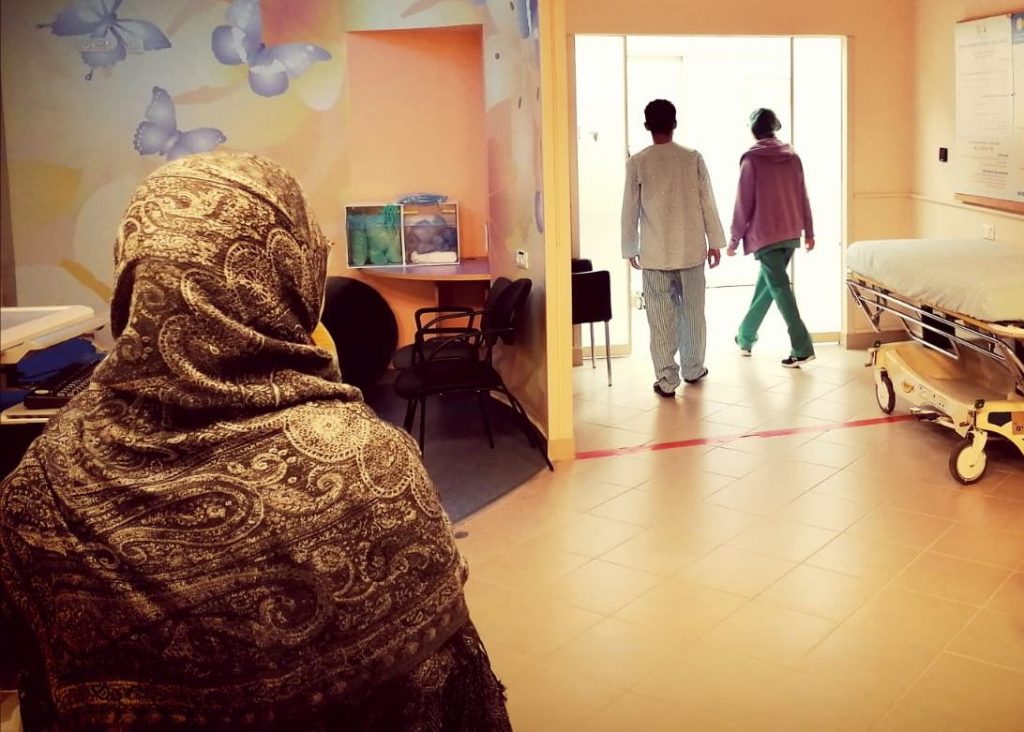 Imdad’s mum walked shakily out of the doors of the operating area, and came to sit down with us. She caught her breath to steady herself. She is like the strong mother of the whole Shevet house in Jaffa. She pours her heart into cooking each day for all the families: 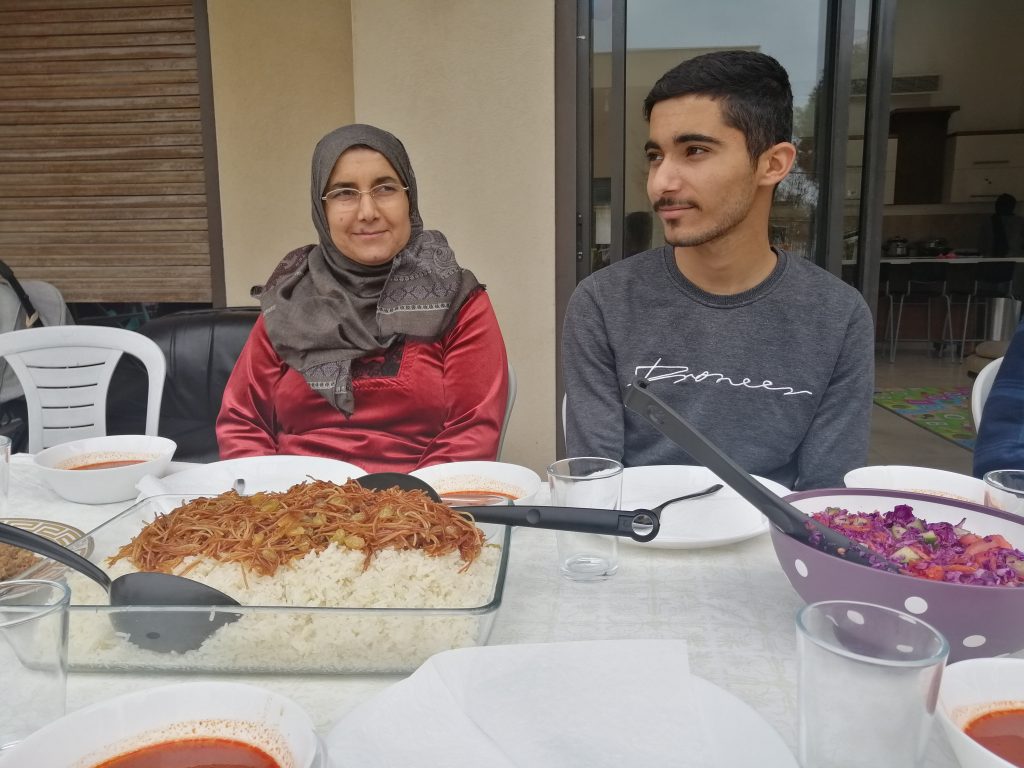 And whenever we go out to the beach, it’s she who prepares a bag of nuts and brings water as a little picnic. It was her who came alongside the grieving mother of baby Mohammed, who died last week, to accompany her and hold her up enough to cope with the burial of her baby. It’s her who, despite not knowing the same language, invites me into her room to share snacks for an hour while we laugh about all the things which have gone on in our house. And today it was her who silently sat for five hours until the doctor came out to tell us that the surgery had been successful.
At this news, her face broke into a beautiful smile and I felt like we could all breathe, as we exclaimed “supas bo xhua” (thanks to God), and violated the coronavirus guidelines with a hug and kiss. God provided a celebratory mood, along with  some baklava, as, after praying, Imdad’s mother felt she could enter into some conversation and held another baby who is recovering from surgery. 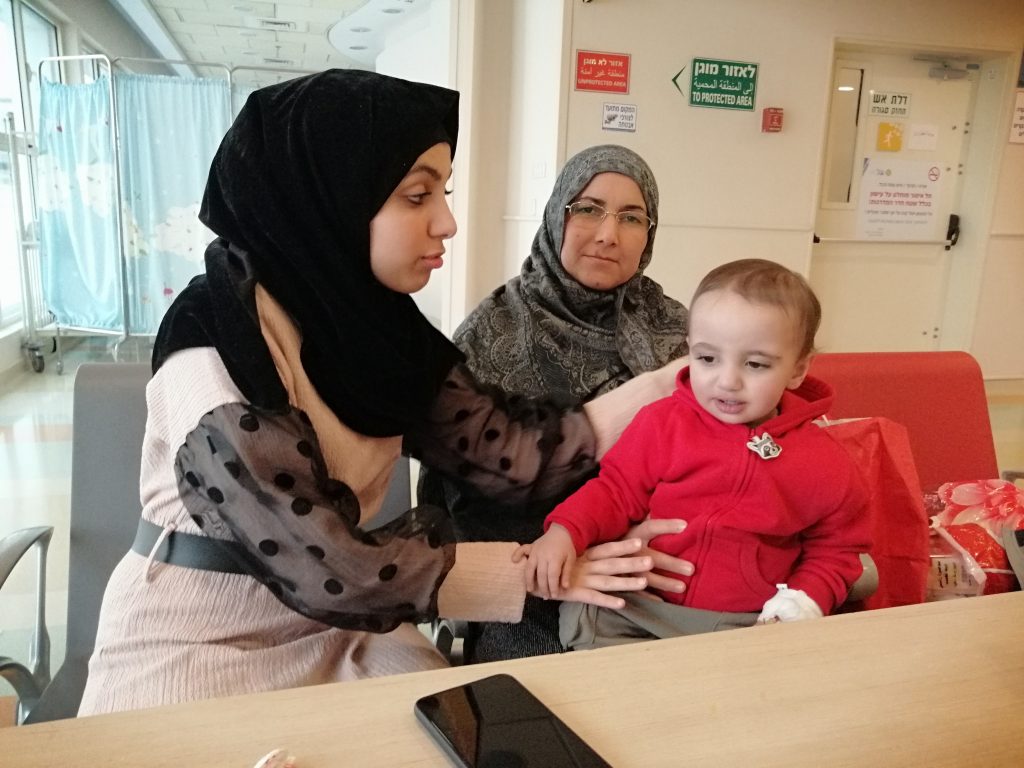 After this came the news that visitors were banned from the hospital, due to the corona virus precautions, so we haven’t been able to see Imdad after the operation, but we have heard from the hospital staff that yes, it was a successful surgery. We hear that Imdad is recovering well, and Julio has been able to translate for Imdad’s mother so hopefully she feels confident that she knows what is happening with her son.
Thank God for this wonderful news for Imdad, and for protecting his life and keeping him safe.