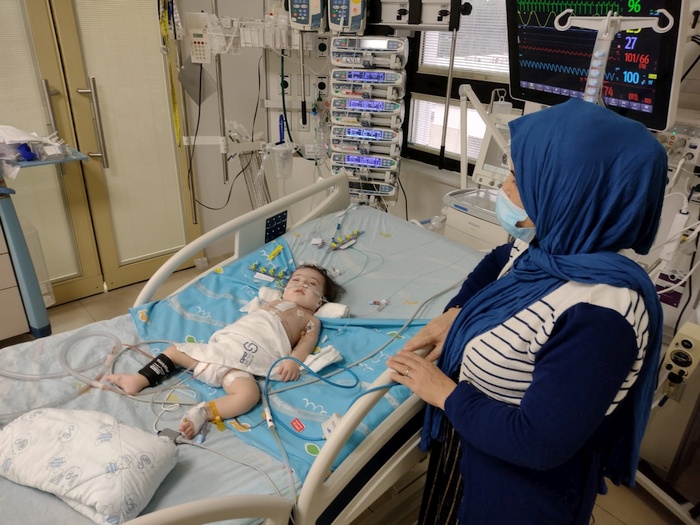 The day after his surgery, Zheer was extubated today! As they lowered his sedation this morning his mother was busy multitasking–holding his hands down as he woke up and became more aware and also talking with her other children back in Kurdistan. It was a delight to speak with her oldest son on the phone for a little bit. 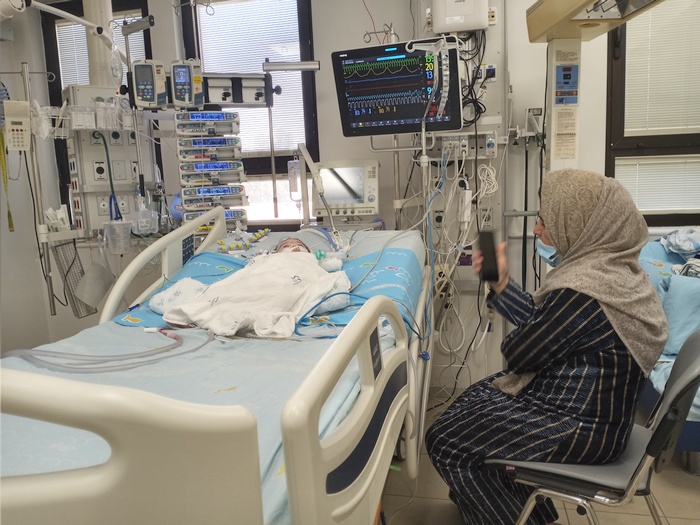 Praise God that he brought Zheer through another operation and that he has been taken off of mechanical ventilation and is breathing on his own.