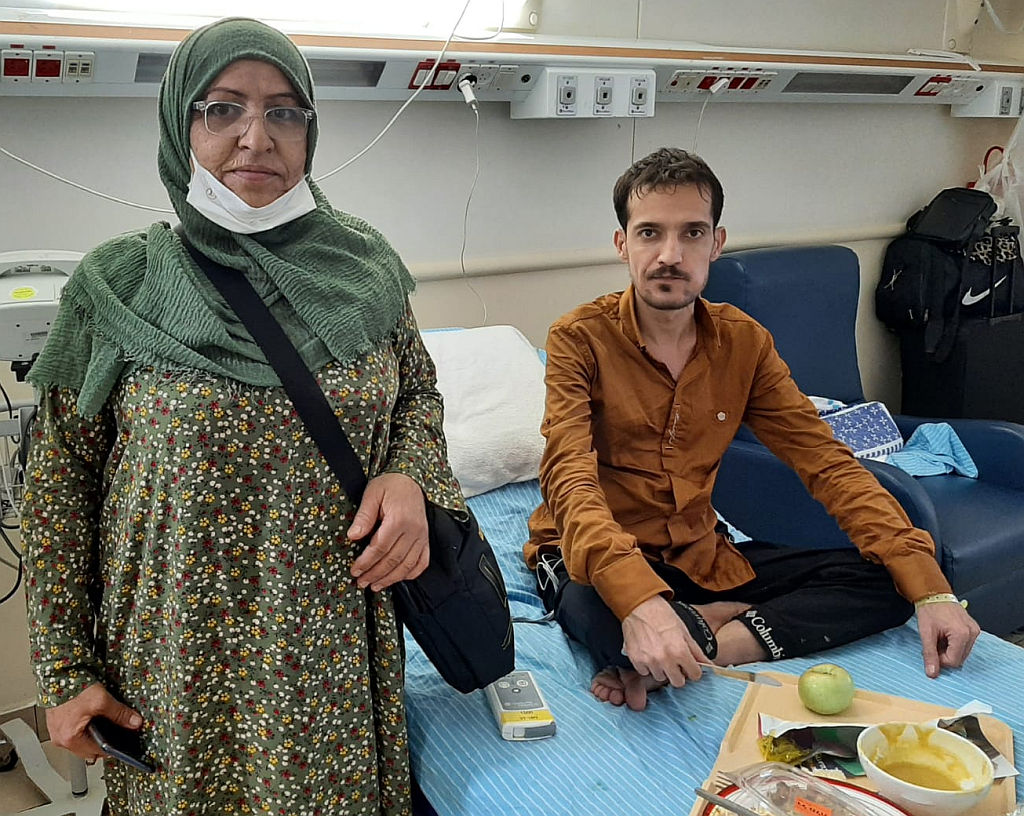 Mohammed Latif has experienced an ocean of emotions in the past month, from the disappointment of three visa denials to persevering with hope, and finally to the excitement of the granted visa. When we found out that Israel had granted him and his mother visas, we  called them directly to share the news. Mohammed immediately said “enshallah,” and quickly walked to his mother who was kneeling on the ground and praying. Later we met with his family in person and rejoiced together.
He is no stranger to hospitals. When he was young, he was diagnosed with Tetralogy of Fallot. He received his first heart surgery in 2009 in Erbil with a visiting cardiac surgical team. In 2013, he was able to receive his second cardiac surgery in Jordan. Later in life, he required more cardiac catheterizations, with the most recent interventional cardiac catheterization in 2020. In 2021, the doctors in Jordan referred him to another country with an advanced cardiac center that could perform a surgery for him. His condition became more and more complex.
His heart condition is very severe. According to one of the Kurdish cardiologists, “he is at risk for sudden death.” His heart is failing and he also suffers from deadly arrhythmias. He has even required five cardioversions in the past to resolve his arrhythmias. Mohammed is receiving many medications to help reduce the high pressures in his lungs and heart, to reduce the fluid overload in his body, and to prevent his heart from beating out of rhythm.
We praise God that he was able to be admitted to the adult cardiac surgery center at Sheba hospital in Israel yesterday. The doctors today performed an echo. We hope that they will discuss his case during their cardiosurgical conferences and decide what is the best course of treatment for him. As we had hope in Iraqi Kurdistan, we also hold onto hope in Israel.
We honestly believe that he was able to travel to Israel by the grace of God. We pray that as we were gifted the grace of God, that we are also able to give and receive grace. Please pray for Mohammed and his mother as they adjust to the hospital. It must be challenging to adapt to a new language, culture, and medical system. Our organization is also adjusting to working with the adult cardiology department, so we pray for these relationships to be built on a foundation of grace.