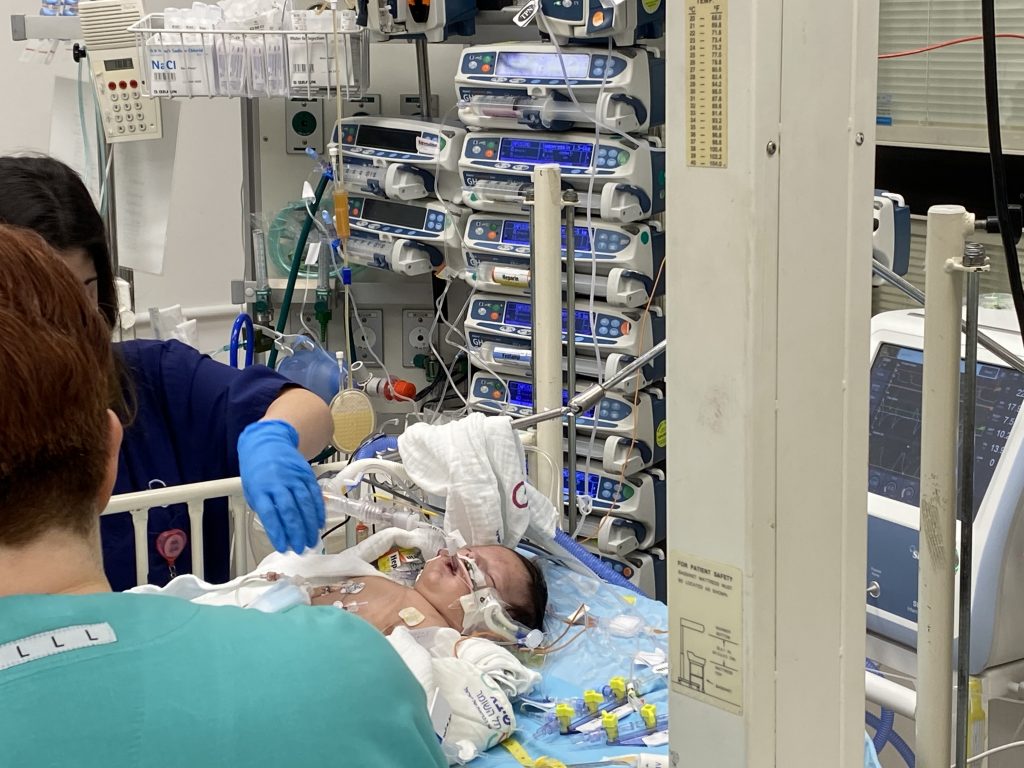 Today we expected Racheal to have had her catheterization in the morning at Sheba Hosptial, but she can’t have it yet.  As usual, Racheal had her routine blood test, but the doctors discovered she has a bacteria. At this point, they don’t yet know if it’s the same bacteria she had, or if it’s a new bacteria. Racheal’s doctor decided her cath had to be postponed; for now, she can’t have any medical intervention.

Also Racheal had a hypertension crisis at midday, with low cardiac rhythm, low saturation and low oxygen. She needed CPR and extra medication. 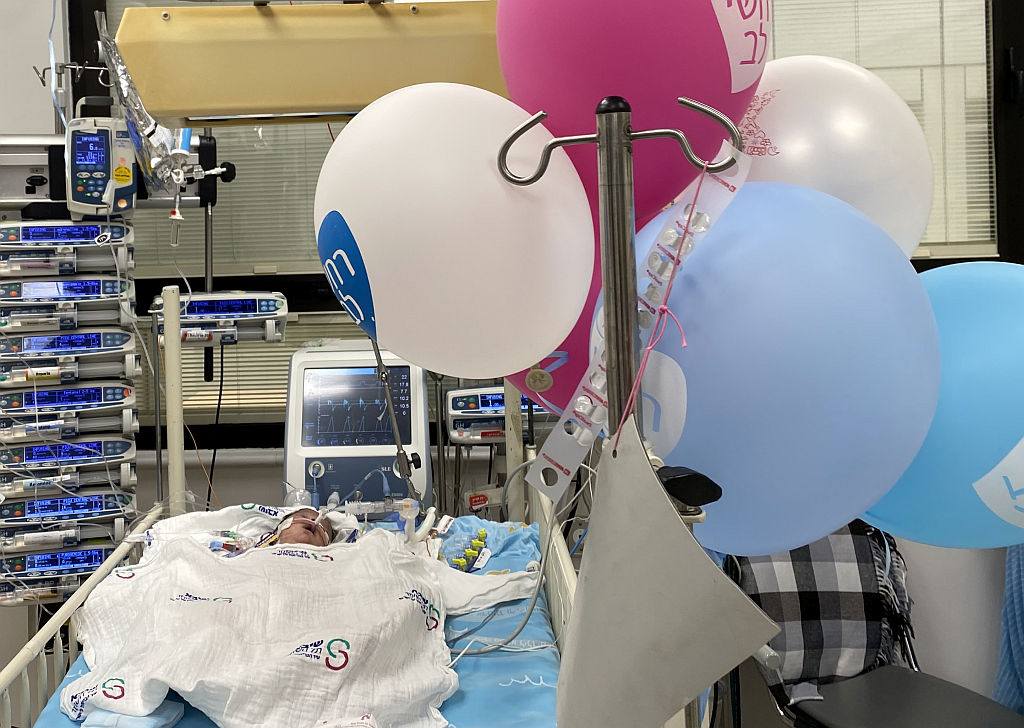 The medical staff placed a few balloons in Rachel’s room, they were from a little party they had today. They thought it would lift both Racheal and her mom’s spirits. 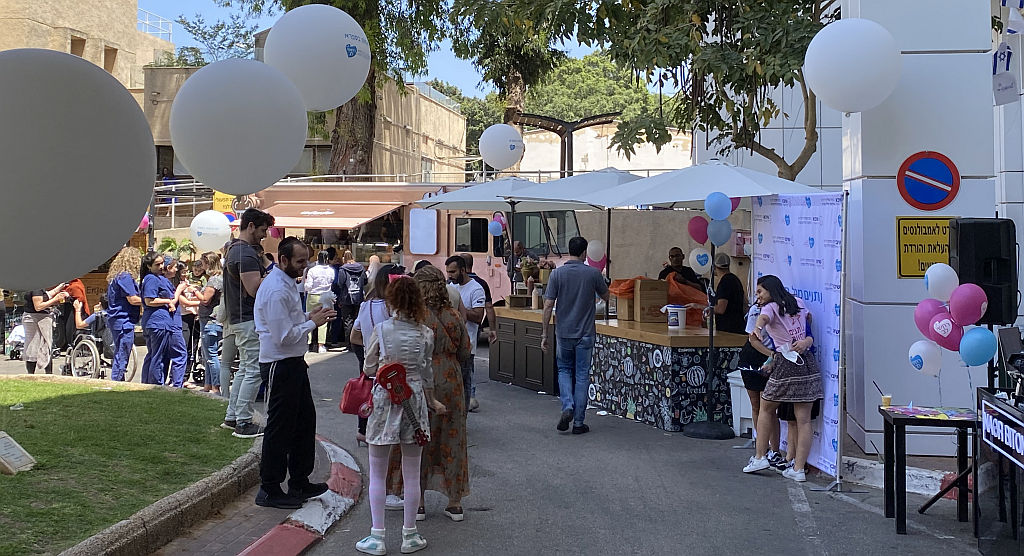 In fact, we took Racheal’s mom out for a walk, we took a few pictures and ate some ice cream together.

For now, the doctors need to see and wait how Racheal reacts to the change in her antibiotics treatment. Thanks for your prayers in this situation.