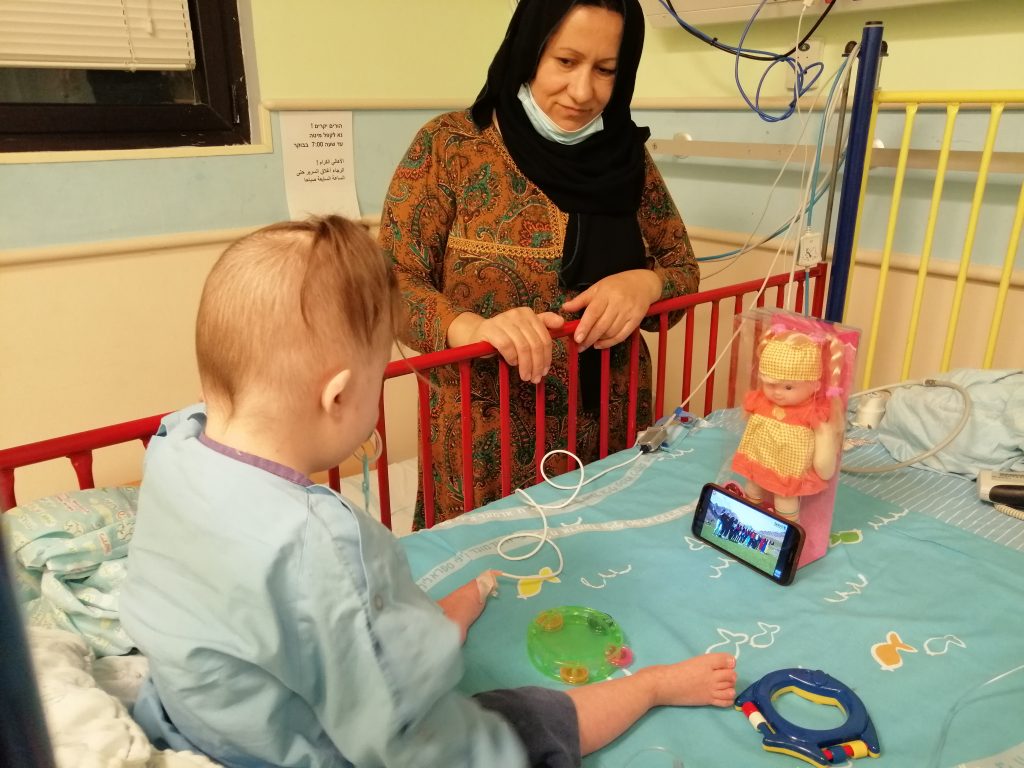 Lia’s mother has waited so patiently for Lia’s diagnostic catheterization day to come because it must take place before a surgery.
Lia was not taken into the procedure until around one in the afternoon, and her mother continued to entertain Lia throughout the morning. She told me how grateful she was and happy that Lia is such a content child. Today Lia was happy to watch lots of videos of Kurdish dances and play with some toys in her bed, followed by sleeping so she perhaps didn’t even realize she was fasting.
Her mum coped beautifully when Lia was taken into the catheterization, shedding a few tears, but also looking out for the other parents around her who also had children in surgery.
Shortly after Lia’s catheterization began, the air raid sirens sounded, and we all were ushered into the bomb shelter room. This was fairly upsetting for Lia’s mother, not knowing of the safety condition her daughter was in, even as we waited and listened to explosions overhead.
Thankfully, the sirens did not sound for long, and not too long again after we exited the shelter, Lia was brought out of the cath. 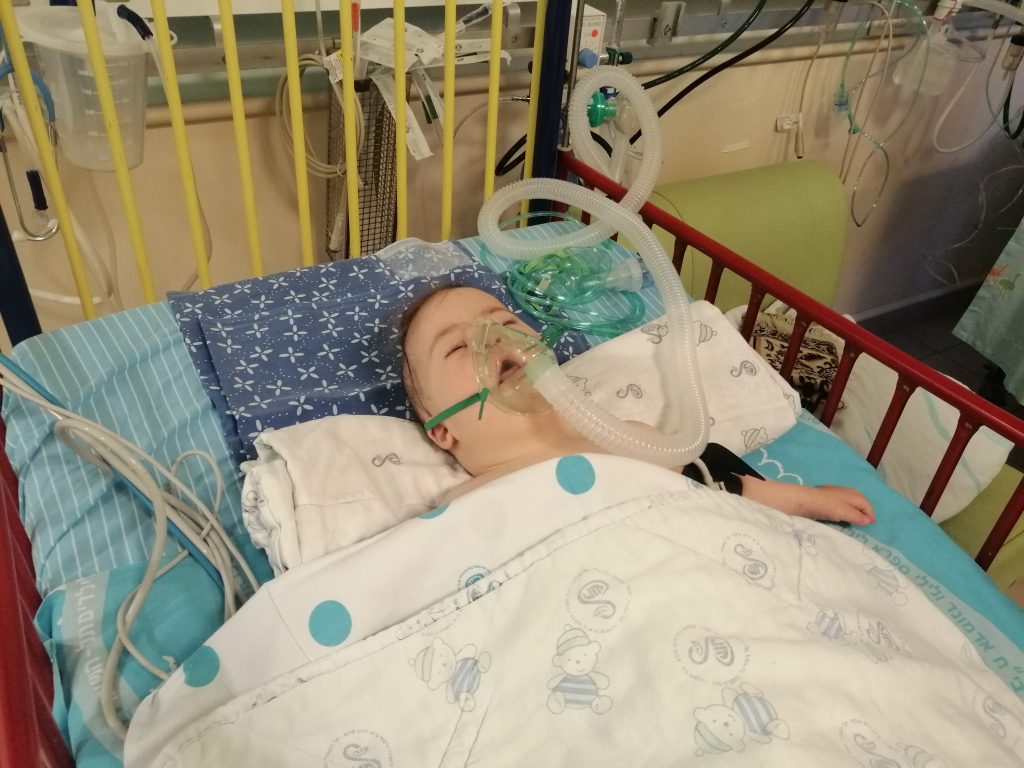 The doctor gave the good news that Lia was in a good condition. The outcome of the cath is to be discussed with the team of doctors, but the cardiologist today felt that it is likely Lia can have a surgery to close her VSD, however it might be with some risk to Lia.
It was a lot of information and a lot of emotions to process and think about all at one time, but thankfully with Lia in a good condition sleeping in her room, it meant that her mum could go to her side and focus on being with her in the moment.