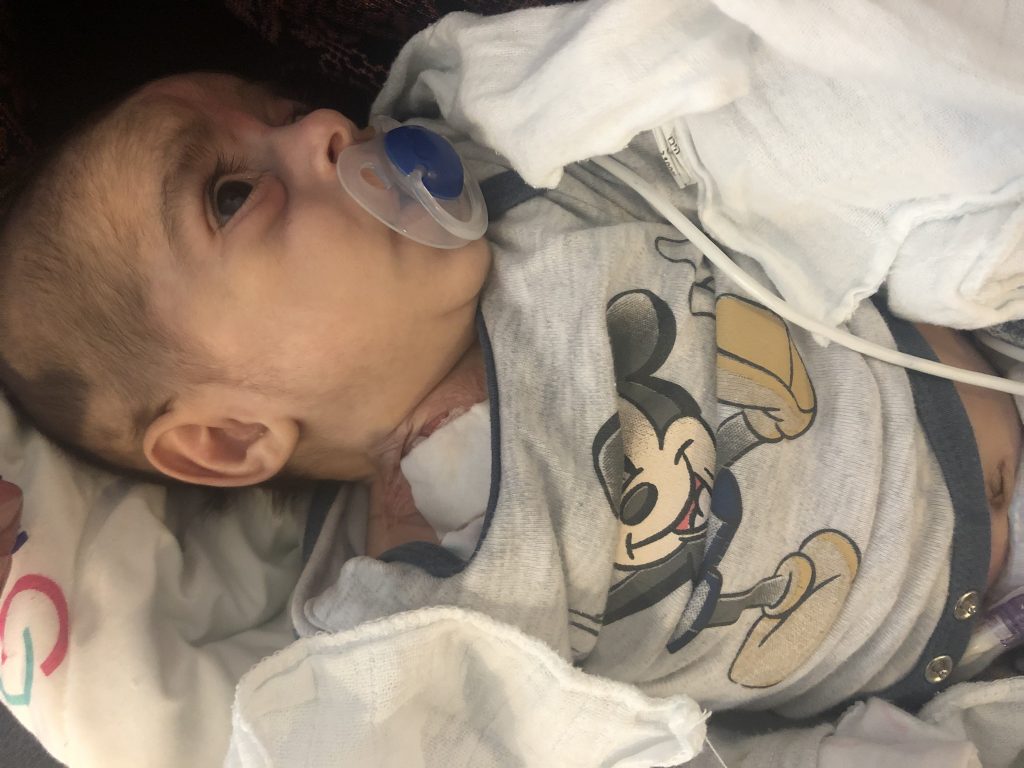 Kamel underwent surprisingly another catheterization today and unfortunately isn’t in a good condition right now. His doctor explained to me that they saw in Kamel’s echo that his stenosis is severe and that he will still need many caths in the future because of that. Also he will have to continue his antibiotics for at least the next four weeks as he still has bacteria in his blood.

Another problem for Kamel is that he’s not gaining enough weight like his doctors would like him to. When his cath was finished, I spent some time with him and his grandmother, but Kamel wasn’t feeling so well and was crying most of the time. I held him again in my arms and comforted him, but sadly that didn’t help anything today. He cried and cried and only stopped a bit, a while after.

Hopefully, Kamel’s escort can also be changed soon since his grandmother really wants to go back home. Because of that, Kamel’s father will hopefully come and take care of him. Please pray for Kamel and his family. He’s really not doing well and needs our prayers. Let us also pray for Kamel’s father, that he can get permission to come to the hospital and look after his son.