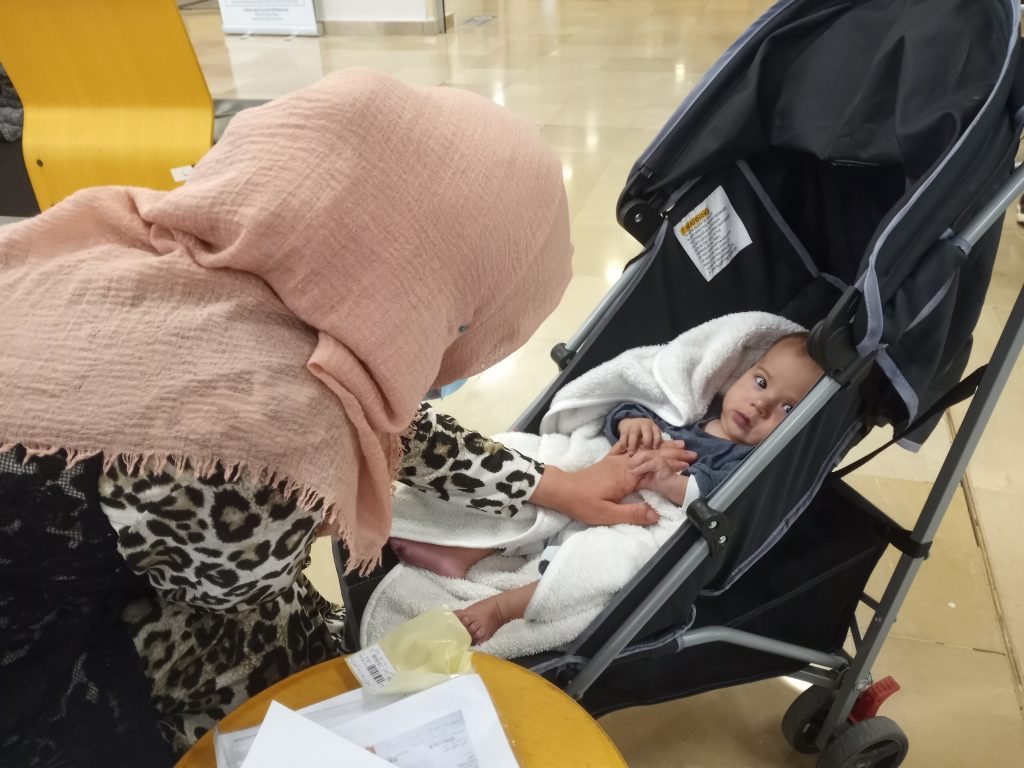 Amin went to Sheba hospital for a CT scan of his heart today. This helps the doctors to properly plan for his surgery. A CT scan is a non-invasive procedure, but because Amin is a baby, they needed to give him sedation. For his mother, this is the first time she has watched Amin have anesthesia administered. She was taken out of the room while the test was performed, but was all the time concerned that his oxygen would drop after the scan. This, combined with many ‘firsts,’ was very stressful for her. 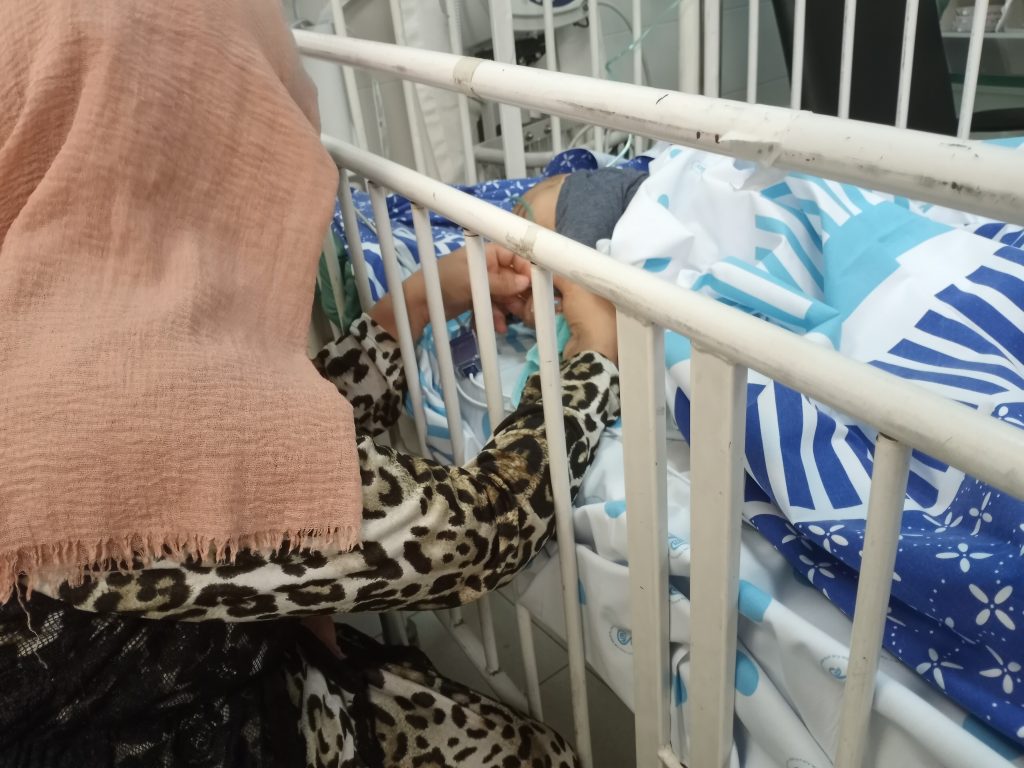 It was, in some ways, like a practice of what his surgery will be like. It weighed heavy on her. We spoke as we waited the few minutes it took to view the scan. While I told her not be afraid and tried to reassure her, I thought of how overwhelming this must be to give her baby up, even for a short time, to the hands of others. She has been with Amin all day, everyday, since before he was born.

After a few minutes, Amin was taken out of the CT scan and was beginning to wake up from the anesthesia. His mother was there by his side, and much to both their delight, he was allowed to eat after seven hours of fasting.
Please pray for both of them as they anticipate the coming operation.