Shadi had a CT scan today, as doctors at Sheba hospital need to decide exactly how to proceed with his surgery. He does not eat very much in general, and so fasting for six hours was not too difficult for him. As always, during Shadi’s scan, it was very nice to spend the time with his mum.
Happily, Shadi fell asleep just before his turn to go into the CT scan, so he was not needing much anesthesia. He woke up quickly afterwards, and after drinking some milk, and sorting out a reasonable amount of bleeding from his cannula site, he was released. 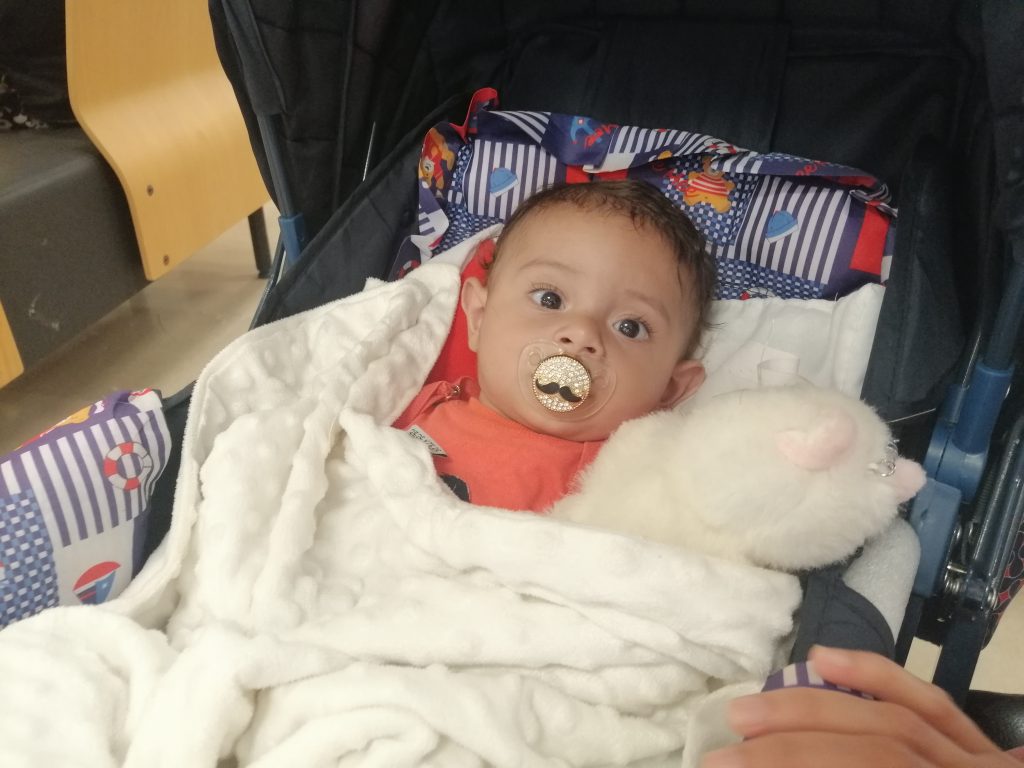 We spent the rest of the day sitting together with another Kurdish mother who was waiting whilst her child was in surgery. The two mothers have become good friends, as they have been together at our community house. Both are hard workers and like to keep the house beautiful, in terms of cleanliness and the general atmosphere of being there. Shadi’s mum is a great supporter of all the other families, so of course today was no different.
We hope soon for an answer about what surgery Shadi can be scheduled for.