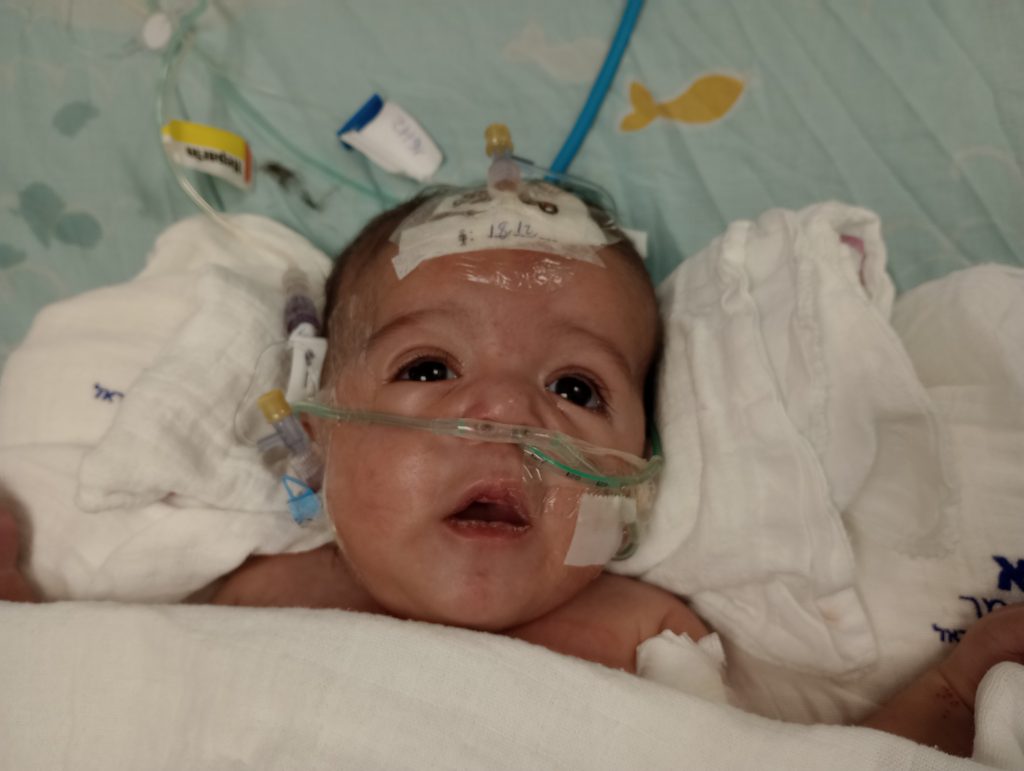 On Friday afternoon, new little Hamed arrived by ambulance in Israel. Only shortly after he arrived at Sheba Hospital, the doctors decided that he was in such a bad condition, they would take him directly to the OR and do an emergency surgery. 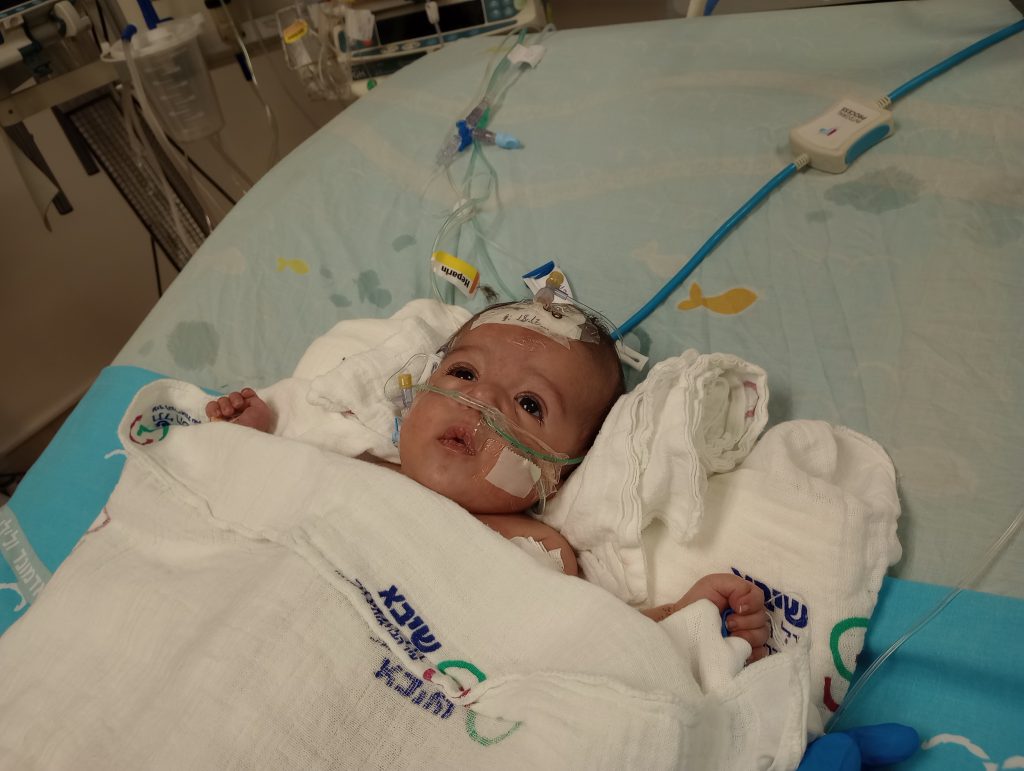 They created a BT-shunt for him and today, just two days later, our nearly four-month-old boy was already extubated and doing much better than when he first arrived.

His grandmother already made good friends with two other grandmas in the ICU and was happy to get to know us today. Hamed was supposed to already come a day earlier, but as there was no free ICU bed, little Hamed couldn’t come.

Thank God that Hamed made it fast enough to Israel and is now doing better! Please pray for all his still-coming procedures!