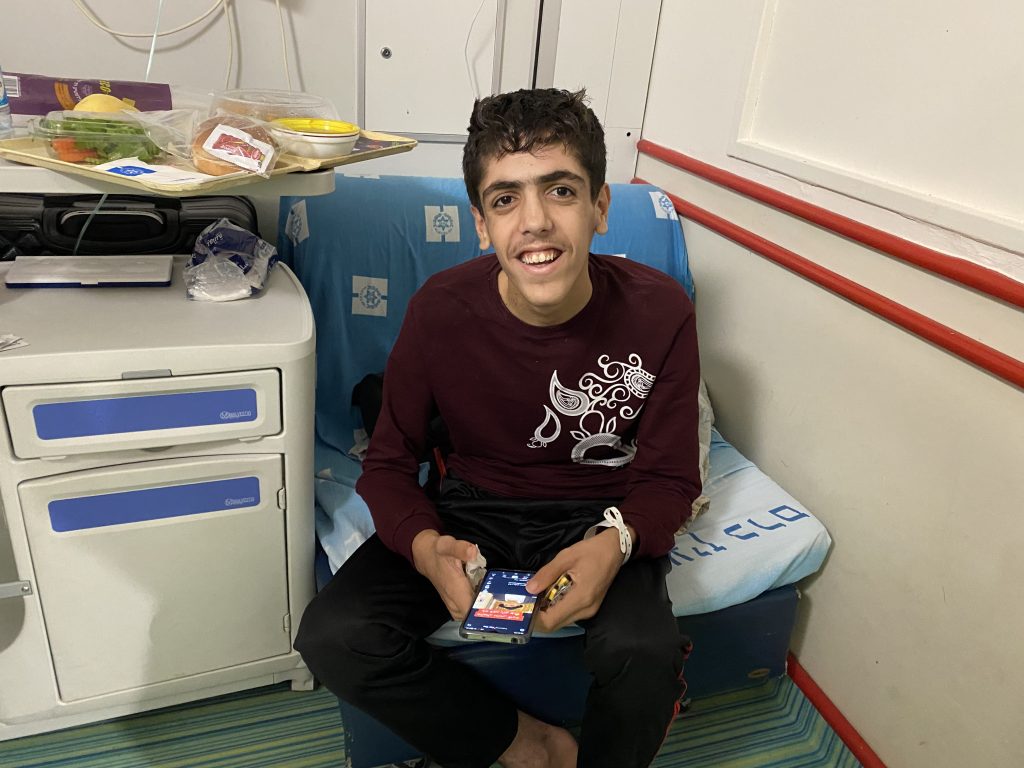 After nine days since his surgery at Hadassah Hospital, Mohammed was discharged to our guesthouse in Jerusalem.
The doctors said Mohammed’s post-surgery condition was doing well, except for the pneumothorax, a partially collapsed lung. Good news is the doctors said it has been healed by itself.
After the explanations and recommendations, Mohammed will be with us at our Jerusalem base. One of the medical staff from Hadassah told me we should encourage Mohammed to be more active and continue with his physical therapy, because the left side of his heart is not used to working, and they can’t not do anything to fix that. Only time and some therapy. 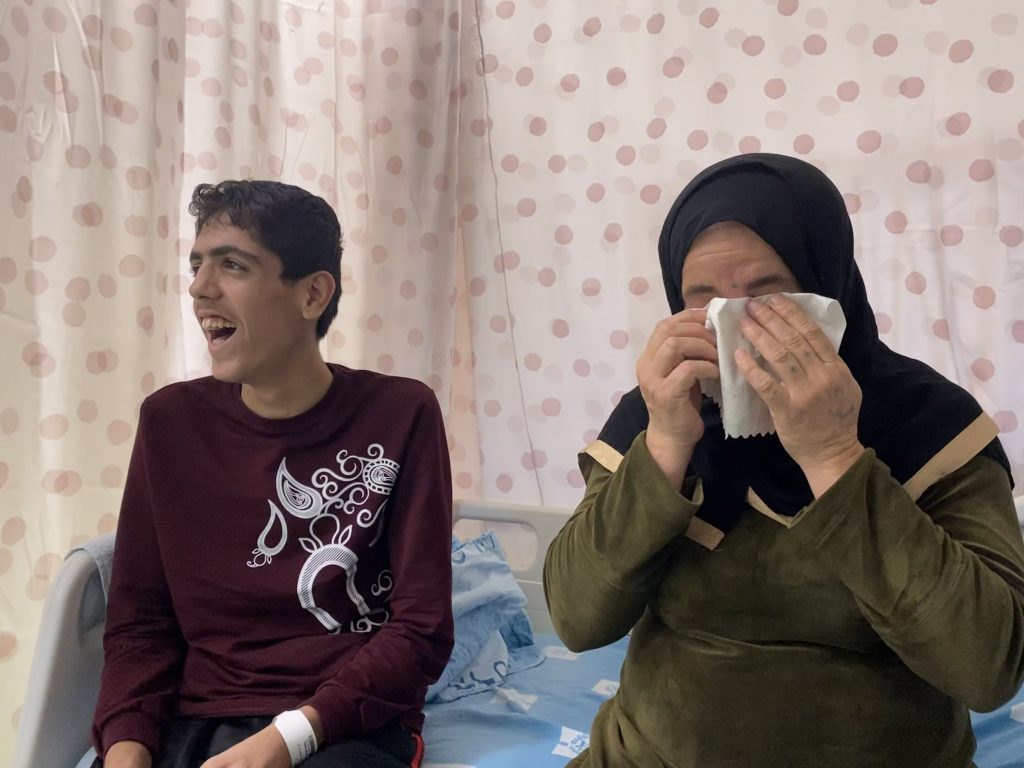 Mohammed was very excited to leave the hospital. His humor changed when they told us “you’ll  leave soon.” Suddenly he was laughing with his mom and at one point, Mohammed’s mom was crying and laughing at the same time, it was a beautiful picture. 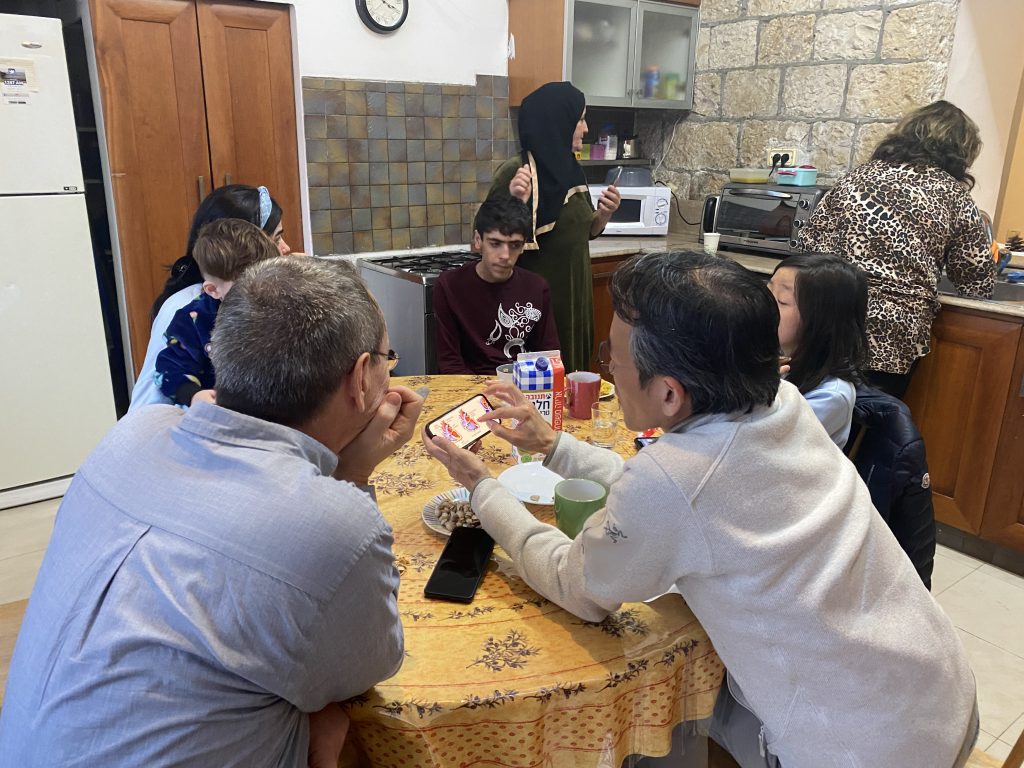 When we arrived home, we found a doctor visiting us at the guesthouse and talking with Jonathan. The doctor asked to see Mohammed’s report and he gave us his perspective about his case. It was a real blessing to have him at home because we could listen to him and he explained that even when his left side isn’t working, with the surgery,  Mohammed’s right side will get used to working soon and will become stronger; this doctor explained to us the renewed function of Mohammed’s heart.  It was a relief to hear him.
“Some people have welcomed angels without knowing it.” That was the sermon summary we listened to at our congregational meeting this past Saturday. Apparently this doctor was in the same service and that was exactly what this doctor was for me at that moment, like an angel, he not only brought more details about Mohammed’s report, but also hope-filled words, so I could translate and communicate the same to Mohammed’s mom.
We expected a miracle, and God was willing. Mohammed will be more active and his heart will work better and get used to the reward function.