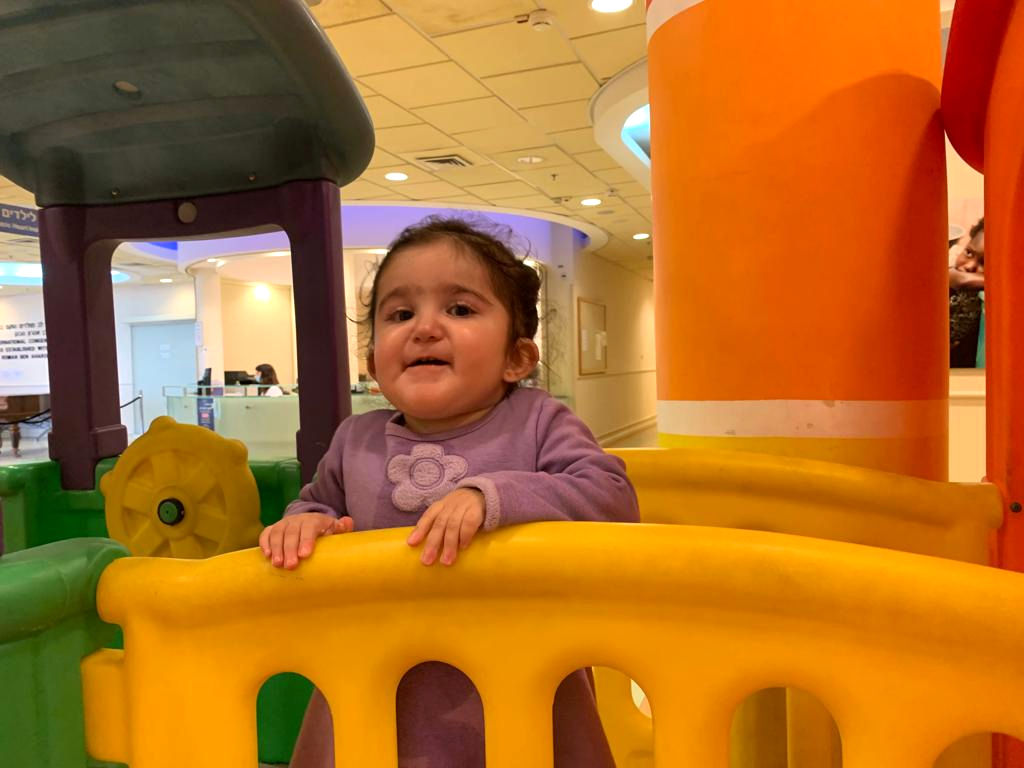 Since the discharge of her second hospitalization at Sheba hospital, Aurfa has been doing really well. Her mum was anxious for today’s appointment, an echo to see her heart function and an x-ray to check the fluid in her lungs. 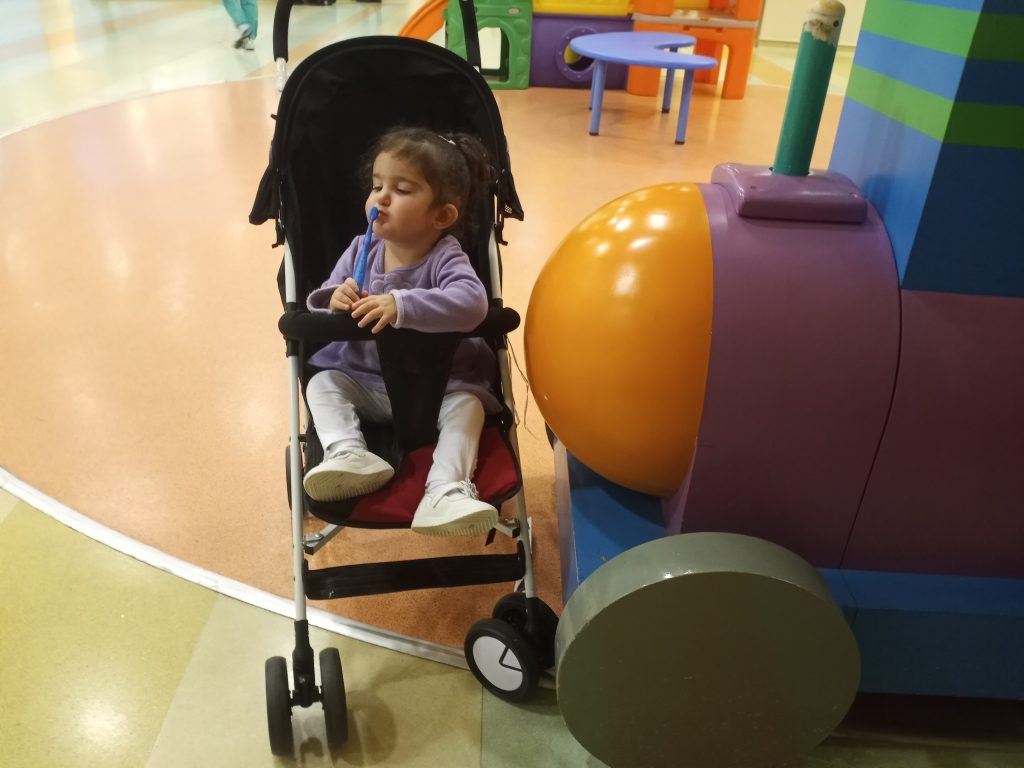 It was a long time of waiting, through which Aurfa entertained herself. She even got a new toothbrush from dentists that came by, and she practiced her brushing shortly after; she also wanted to try her new toothbrush out on her mom’s teeth and my teeth. 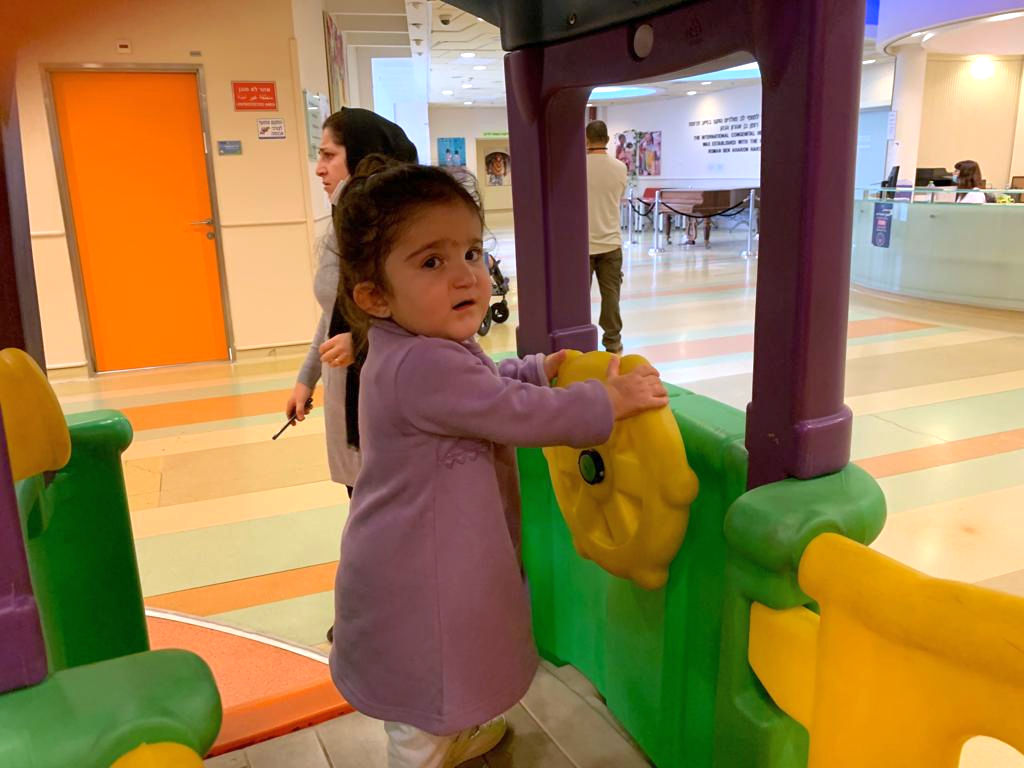 In the afternoon, the doctor came to tell us the results, which none of us knew to expect, but there was no fluid found in her lungs!
She is being weaned off one of her medications presently and the doctors want to see her next week after she has had time off of this medicine.
Please be praying for Aurfa and her mother, especially that the fluid will not return and Aurfa can soon go back soon to Kurdistan.