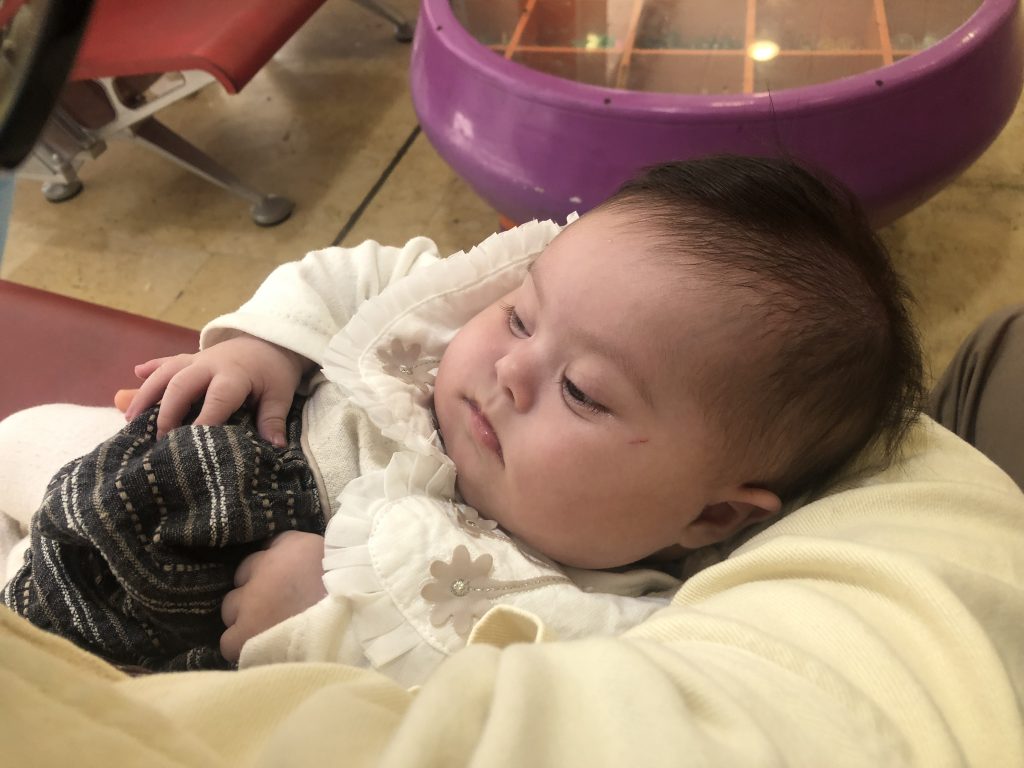 This morning, I met a sweet baby girl, Malak and her grandmother at the Gaza border for her first cardiology appointments at Sheba Medical Centre. While Bria and Quinlan helped Malak into the car seat, her grandmother blew kisses at us, repeating the phrase “Praise be to God.” 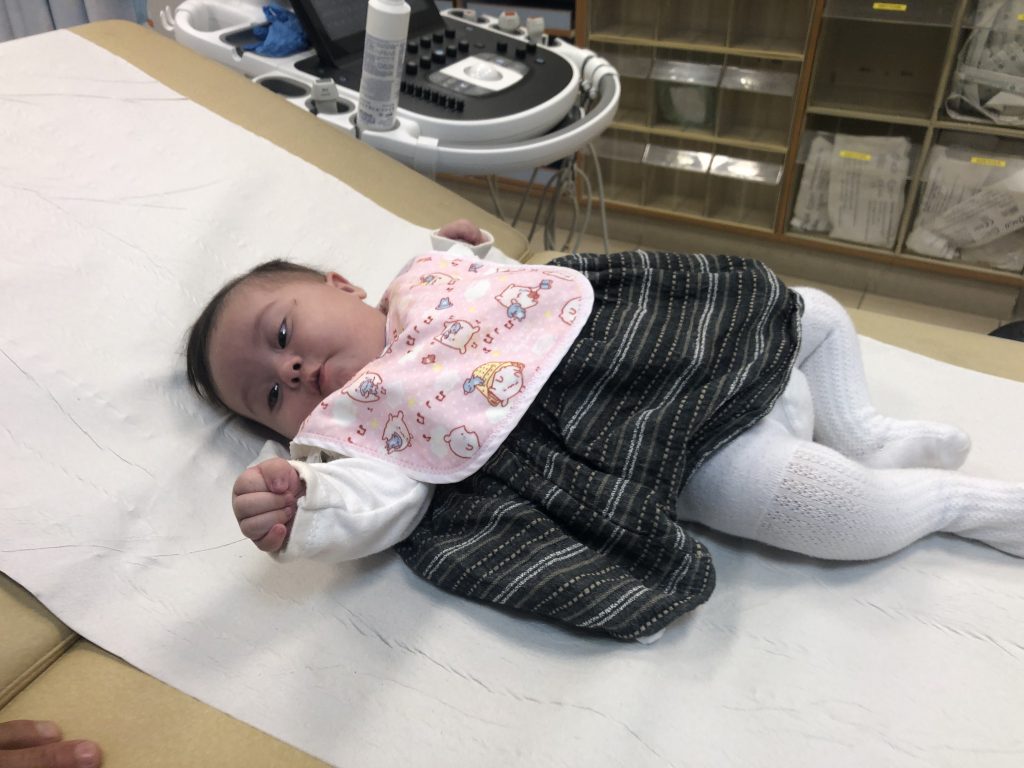 Our visit to the hospital was later than we had hoped because of some delays at border control, but we were still able to get Malak to her first echo appointment and EKG. The doctors will have Malak return for another appointment in a month to continue monitoring her situation, waiting for the best time to admit her for surgery. There is a comfort and relief in knowing this child’s situation is being monitored well in advance. 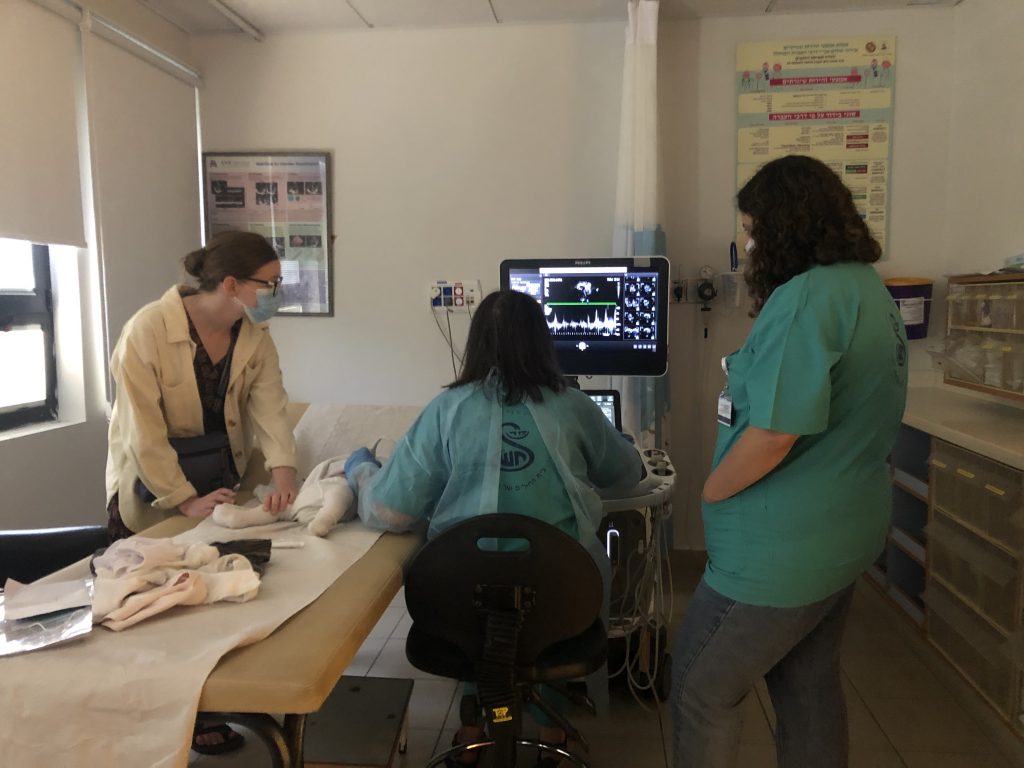 Coworker Bria left to bring the car around, while coworker Quinlan and I stayed in the lobby with Malak and her grandmother. In the Lord’s perfect timing, another grandmother from Gaza walked into the lobby and the two united, embracing in tears. An Arabic-speaking woman beside me explained that Malak’s grandmother and this woman are neighbors in Gaza. After a long, tiring day of navigating borders, hospital wards, and foreign languages, Malak’s grandmother was still full of hope as we pulled away from Sheba toward the border. 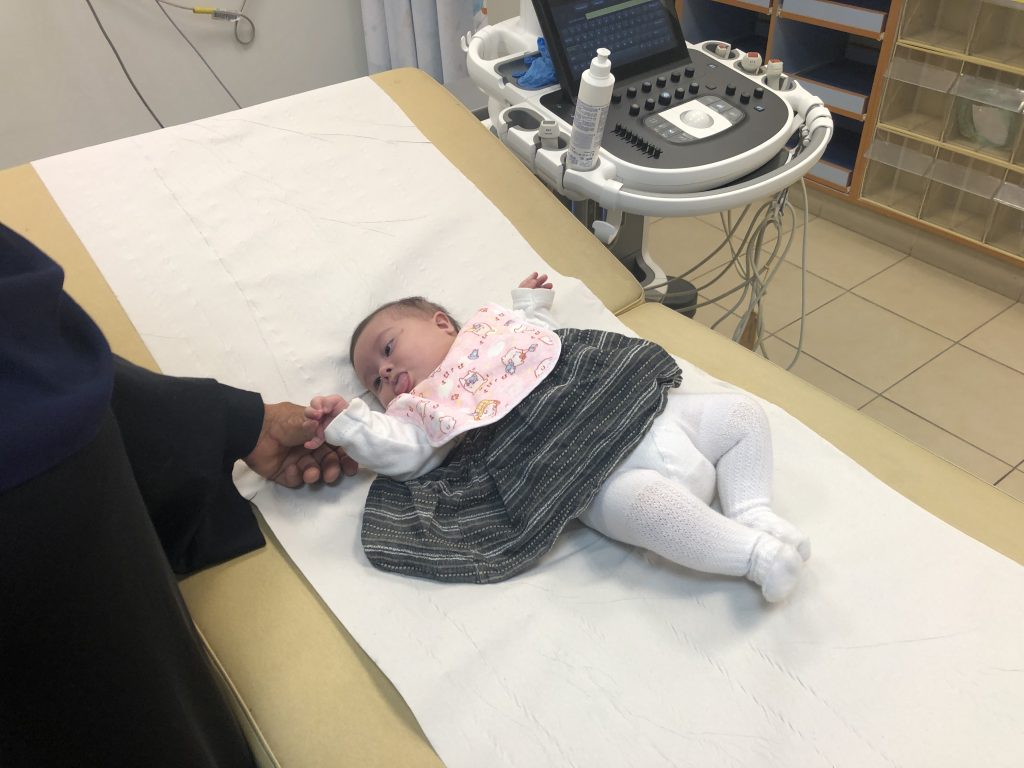 “You should all come with me to Gaza,” she said as we gave our goodbyes. Pray for a safe return home for Malak and her grandmother and for Malak’s continued stable condition as they wait for the optimal surgery date. Also pray for her mother who was kept from crossing the border for this visit, that she might be permitted to cross next time Malak journeys to Israel.