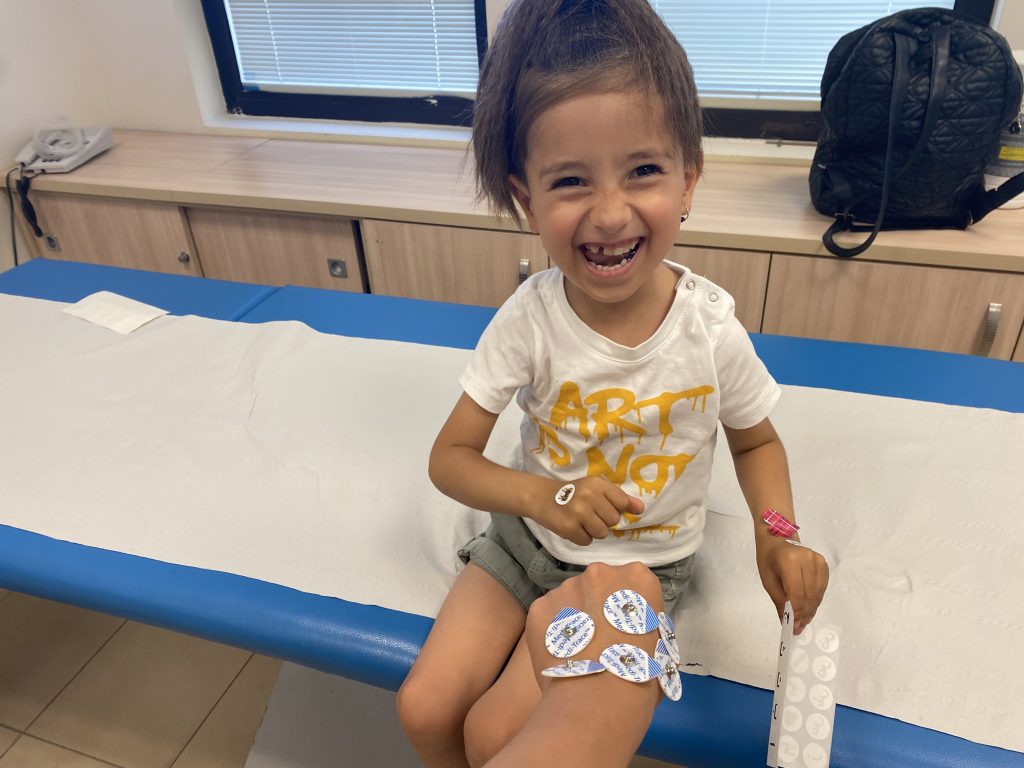 Hussein had a little fluid in his left pulmonary artery, which is normal in the kind of surgery he had three weeks ago. Today he had an electrocardiogram. The doctors checked also his oxygen height and weight before his echo. 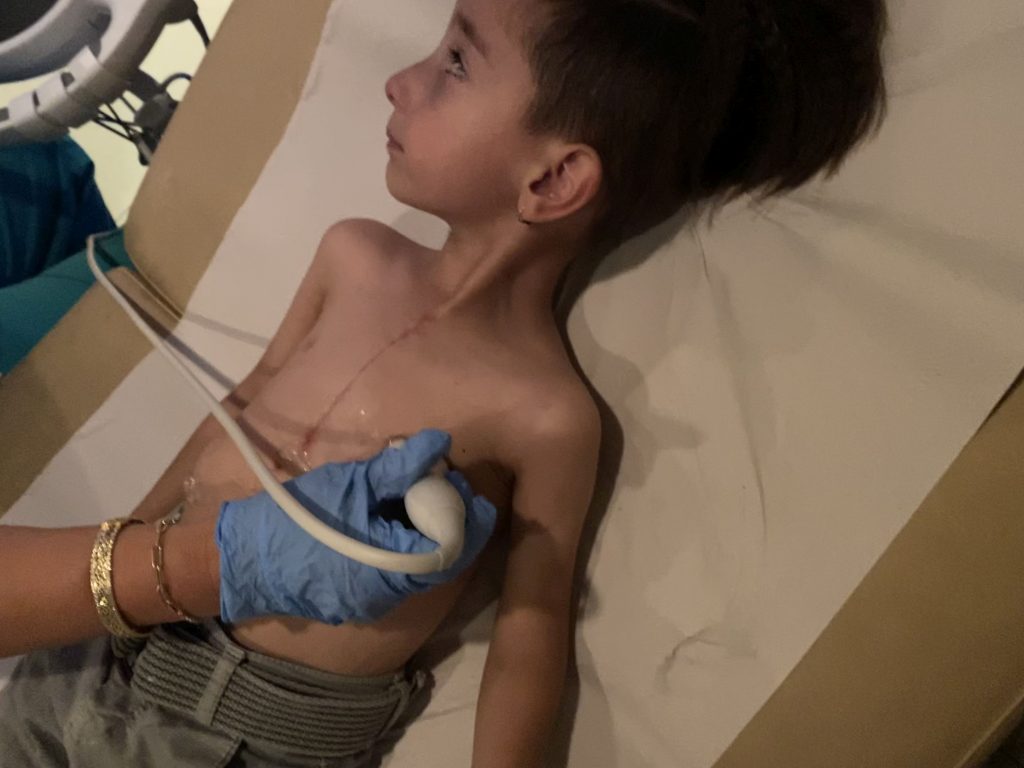 Hussein was so nervous about the procedure, so we played during the process and reminded him this was only a routine check. 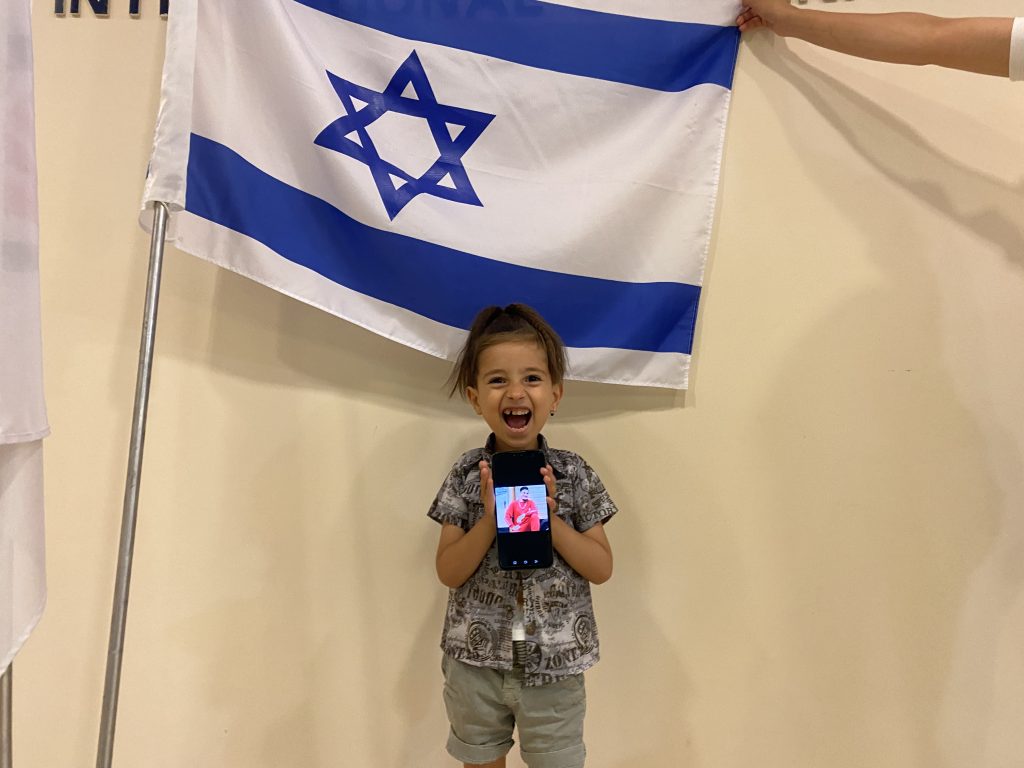 After the procedure, Hussein found a lot of friends in the halls of Sheba Hospital, all of whom came around him and said hi. Hussein is usually happy and with a lot of energy before his procedures. In particular, he likes listening to this singer you see on his mother’s phone. 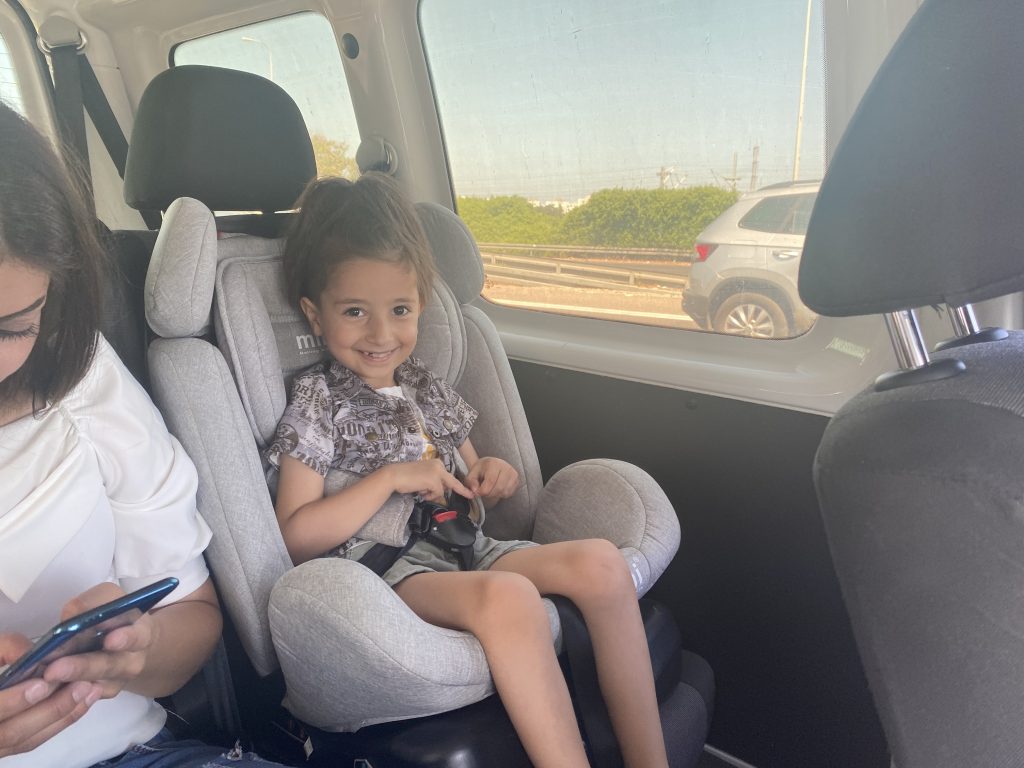 Because one of his valves is narrowing, he has an echo appointment in two weeks.