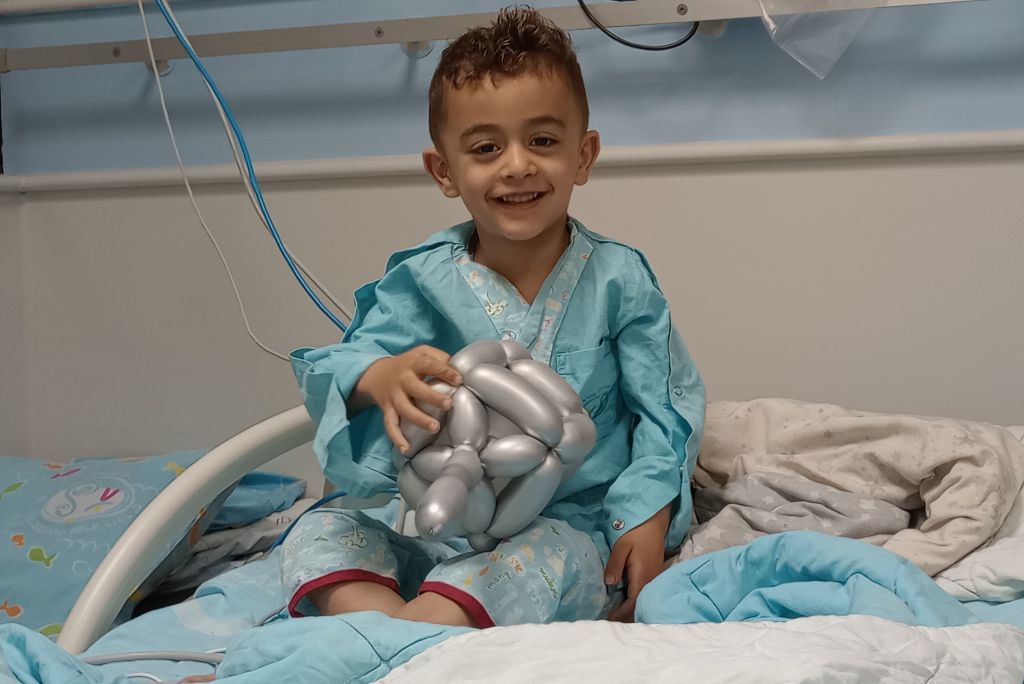 This morning coworker Joanne and I already arrived very early at Sheba Hospital to be with San’s mom on the big day of his surgery. His mom was waiting so long for this day and was very happy that it was finally happening. San was supposed to be the first surgery in the day, but because there was another little emergency surgery, his surgery started a little bit more than two hours later. San didn’t mind that waiting time even though he was not allowed to eat. 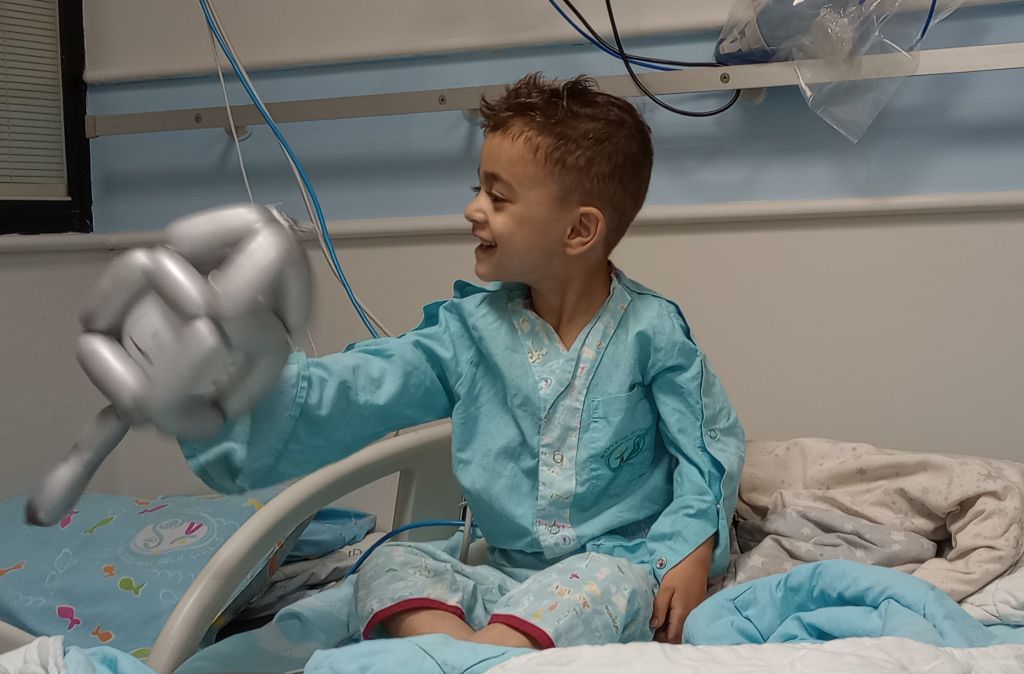 We played with his Chanukah balloon, and some other toys and he was hiding under his blanket between the bed of his mom and the suitcase. After that he was sleeping a while to get some energy before his surgery. Once in that waiting time his mom had him on her lap and suddenly started crying. I think she realized in this moment that this may be the last time she is holding her only son like this. I was touched and just prayed that San’s surgery will go well and he will soon recover from it.

Finally the doctors took San to the OR and we started waiting with his mom. She was very strong and brave, talked with some grandmothers and moms from Gaza, visited another Kurdish child and we played some air hockey in the hospital together. And surprisingly after less than four hours, a doctor came out to tell us that San’s surgery was already finished and he is back in his room. 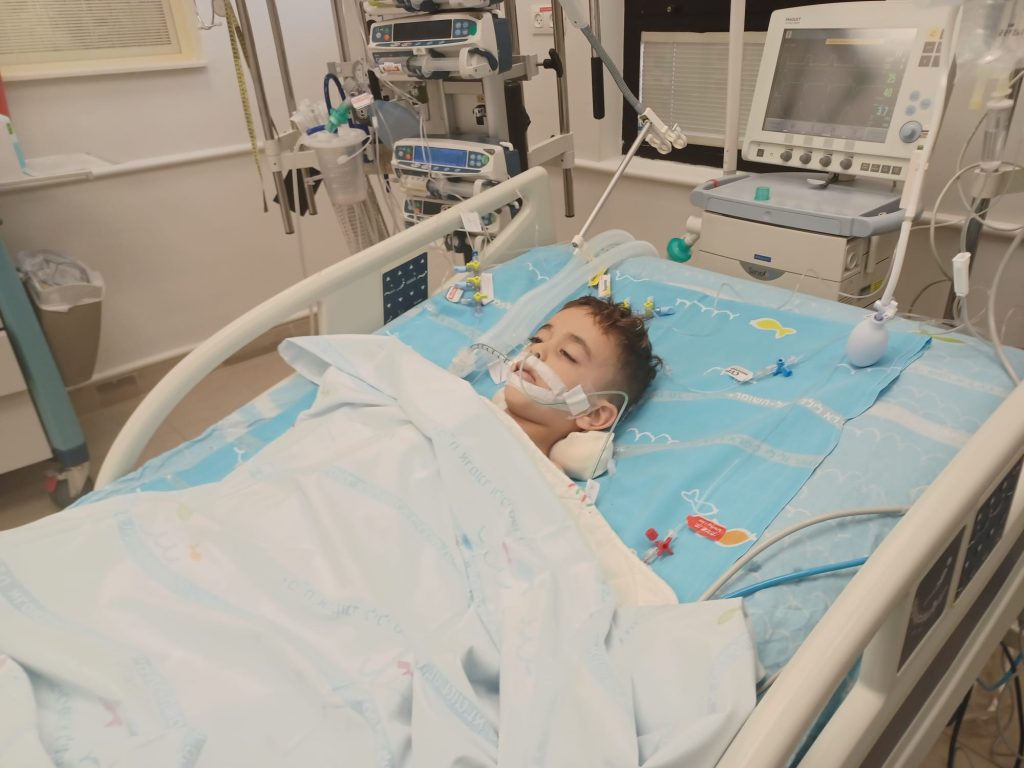 Everything went well and San is doing good. What a relief. A little later, we could go to his room in the ICU with his mom. San was already starting to slowly wake up and open his eyes. We were all a little afraid before this surgery as San is pretty old already and didn’t get a surgery before, but now we are even more thankful for this miracle! Thank you God! Please help San to recover fast!